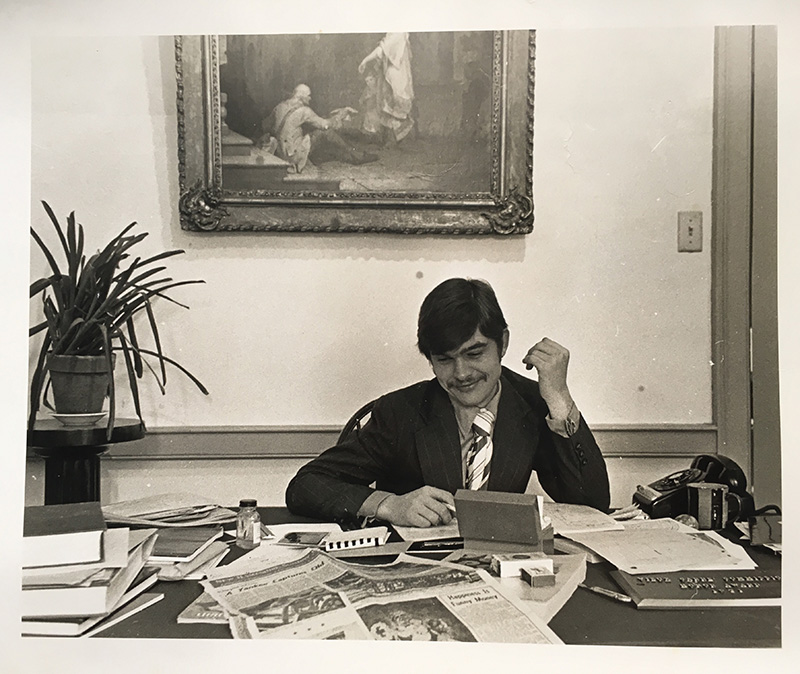 A fire at his home in New Roads, Louisiana, this past summer took the life of James Donald Didier, one of the most idiosyncratic, engaging, and gifted minds in the world of American antiques and preservation. His ads graced our pages for many years, and in our September/October 2012 issue, then-editor Elizabeth Pochoda gave readers a deep look at both the man and his house in New Orleans, the location, before he returned to New Roads, of numberless gatherings of curators, collectors, chefs, dealers, writers, artists, musicians, and other friends. We asked a few of those who knew Don well to reminisce.

H. Parrott Bacot, long the director of the Louisiana State University Museum of Art, knew Don for more than fifty years. “He was truly a Renaissance man,” Pat says. “While he attended LSU, he was a self-taught connoisseur. He absorbed construction details and signs of age like a sponge absorbs water, and he understood color and pattern better than almost anyone. He excelled as a gardener, and in flower arranging put many a professional florist to shame. A Louisiana French Creole in every way, he could also cook—in fact, when Julia Child came to NOLA years ago he showed her a few new culinary tricks.

“Many people have asked how Don, a ‘country bumpkin,’ became so sophisticated. But he was hardly a bumpkin. Pointe Coupee Parish, where his hometown of New Roads is located, is loaded with nineteenth-century architecture. He built on that. Like all collectors Don made some mistakes but he always learned from them. And he had a sense of humor, too—like the time at a dinner party he had me sit down in this wonderful saber-leg chair, failing to tell me about its broken leg!”

Robert Leath of the Museum of Early Southern Decorative Arts told us that the first time he met Don was when he and portrait miniature specialist Elle Shushan were lecturing at the New Orleans Antiques Forum. “’Let’s go to Didier’s,’ she said to me, to which I naively asked, ‘Where’s that?’ Elle looked at me in utter disbelief and said, ‘Come on!’  On that day, and on every visit I made afterward to the restored 1830s Grigson-Didier house—painted pumpkin squash yellow with lime green shutters and a garden that occupied half a block— there was always gathered in the back room beside the kitchen an eclectic mix of people thoroughly enjoying each other’s company. Wine flowed, and sometimes the cigarette smoke was nearly as thick as the Louisiana accents. If we thought about going out to a restaurant, Don would say, ‘Let’s just stay here. I’ll pull some gumbo out of the refrigerator and boil some rice.’ Or maybe he’d just gotten fresh boudin sausage from a Cajun butcher.

“Don once told me he hadn’t dealt with many southern antiques, but he had a client who owned a piece of furniture that MESDA might like to have.  Within a couple of months, the client and I were sitting in Don’s back room, and a few months after that, the walnut desk-and-bookcase was at MESDA—where we discovered, in a drawer, the chalk signature of Robert Wilkins, making the piece the earliest signed piece of Norfolk, Virginia, furniture!  It was a monumental discovery in southern decorative arts.”

Josh Broussard, who came under Don’s wing in 2006, and is now at Neal Auction Company in New Orleans says: “In Creole French ‘tout ensemble’ translates as the ‘total impression,’ ‘all things considered.’ That’s exactly how Don looked at things. He would tell me that there was a kind of vertical spiral of time in his mind; by moving along its axis he would tune into the music, diet, politics, fashion, economy, and so forth of an era, and from all of them he would come to understand the origin of an object or the motivation behind its creation.

“Don didn’t suffer fools lightly, but once you passed the moat, gatekeeper, and castle walls, he was sweet, generous, protective, and wise. I was privileged to learn from him.”

As much as anyone, Betsy Pochoda “got” Don. “Don’t be fooled,” she wrote in 2012, “by the paradox that this freewheeling individual, who will lead you on a memorable night of drink and revelry or casually bring out his shotgun to blow the head off a troublesome possum, is drawn to the restraint of the Federal style. That paradox dissolves when you recognize that discipline [was] as much a part of Didier’s work as it is of American classicism.” Rest in peace, dear friend.