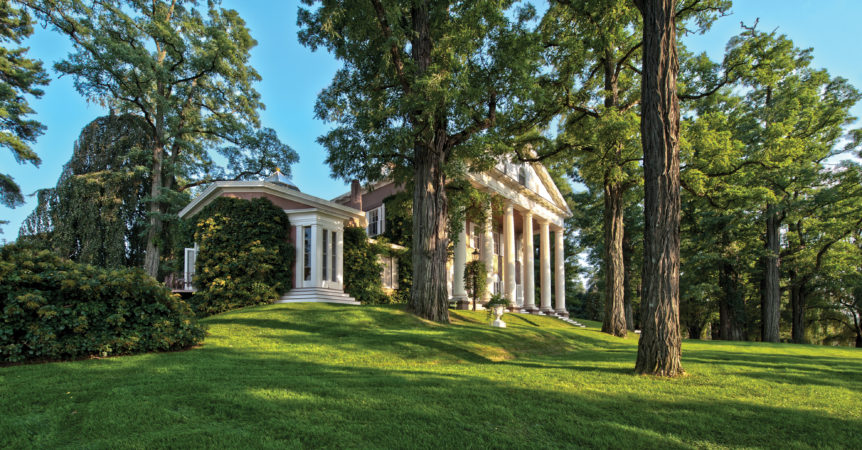 What the name of the house lacks in poetry it makes up in simplicity. Edgewater, a noble bandbox of a Greek revival mansion, sits on a thorn-shaped peninsula jutting into the Hudson River near the hamlet of Barrytown. Built by the Livingston family in 1825, the house and the six tall Doric columns of its portico were meant to be seen from the water—not perhaps to appear inviting, given the seigneurial ways of the Livingstons, so much as to make a statement of their presence.

Today, Edgewater is a landmark of another sort. Since 1969, it has been owned by Richard Hampton Jenrette, legendary as both a lion of Wall Street and a lover of old homes. Edgewater is one of seven houses overseen by the Jenrette-founded Classical American Homes Preservation Trust, which is dedicated to maintaining those historic homes as vibrant, breathing spaces for the public to enjoy. Jenrette lives in Edgewater seasonally, and built its collection of furniture and fine and decorative arts with both acuity and flair—mixing original and period pieces with elegant touches like stenciled floors. Why such lavish attention? Edgewater is, Jenrette once wrote, “the great love of my life, architecturally speaking.”

Red Room at Edgewater. This is the original red color of the room that was found under many layers of paint when the house was refurbished.

A view of Edgewater from across an inlet of the Hudson River.