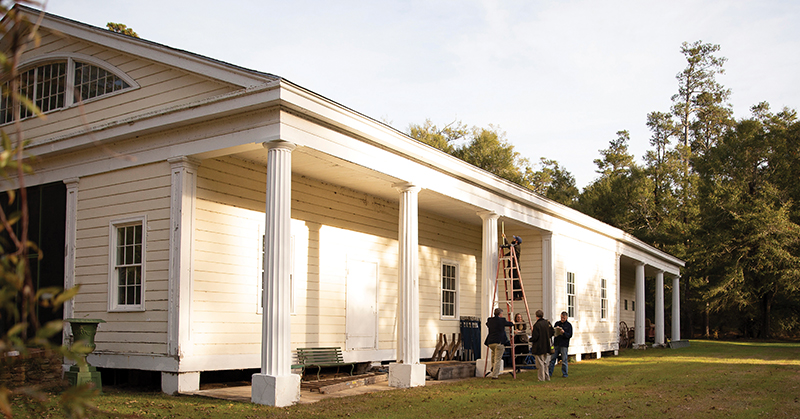 More time. That’s one thing the pandemic has afforded many people, though certainly not everyone—and for some, perhaps too much. But for Robert Leath and the new team at the Classical American Homes Preservation Trust more time has truly been a gift, allowing them to hone their exciting new plans and initiatives for the august organization begun by Richard “Dick” Jenrette nearly thirty years ago.

Leath was named president of the trust on May 1, 2020, after the retirements of Peter Kenny and Margize Howell. Since then he has assembled a talented team that is ready to hit the ground running as soon as the houses in their care are able to reopen to the public. “Perhaps our number one goal,” Leath says, is to make the properties—and the organization as a whole—into “dynamic educational centers, combining the excellence of our physical properties and collections with robust, reimagined digital programs.”

To that end, CAHPT has begun or strengthened partnerships with a wide variety of other organizations and educational institutions, including the Decorative Arts Trust, the Institute for Classical Architecture and Art (with its Bunny Mellon Curricula in landscape architecture), and colleges and universities in New York, North Carolina, and South Carolina, the home states of CAHPT’s houses. Key to the programs will be a greatly enhanced digital presence across multiple platforms, from social media to podcasts to online symposiums to a reimagined website, and beyond, all of which will allow nationwide access to a growing wealth of information and insight.

One important project already underway involves the original stable at Millford in Sumter County, South Carolina. The building specifications for the stable were only recently discovered in Manning family papers at the University of South Carolina, and they show that, like the house itself, the stable was designed by architect Nathaniel F. Potter, and dates from the early 1840s. Using technology developed by Brent Fortenberry and the historic preservation department at Texas A & M University (before moving to Tulane University this year), the trust is creating a highly detailed computerized model of the building (which remains in remarkably untouched condition) that can be shared with online visitors unable to visit in person. This combination of historical documentation with cutting-edge technology will serve as a prototype for the trust’s future educational endeavors. According to Leath, “Millford’s stable is an incredibly rare survival, beautifully documented from the first half of the nineteenth century when horse breeding and horse racing in America were not just a sport but an important industry.”

Altogether, the trust’s new approach is certain to further a wider understanding and discussion of architectural, social, decorative arts, and preservation issues. We look forward to its full roll out as soon as possible. In the meantime, most of the digital initiatives are scheduled to launch in the spring. For updates and to sign up for the newsletter, visit classicalamericanhomes.org.