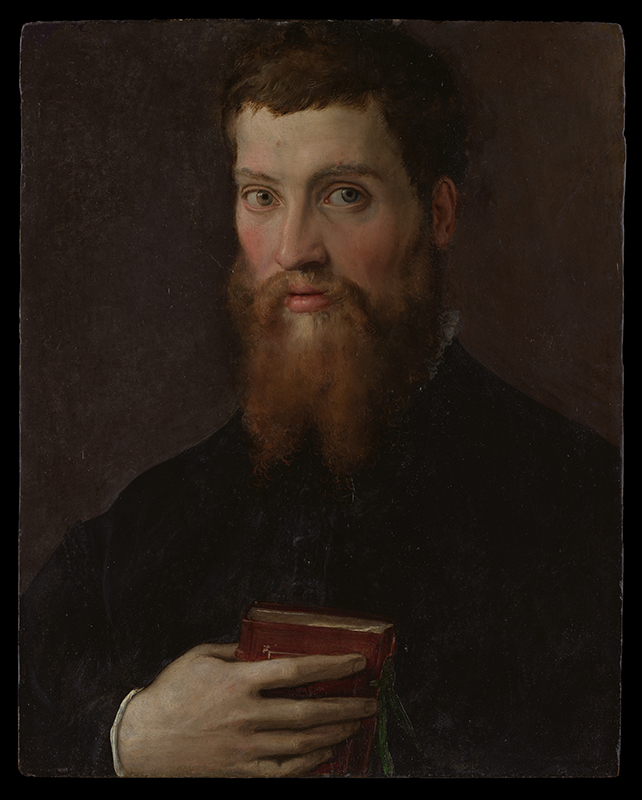 Students of art history would do well to consider the pandemic that, we must hope, is now in the process of fading away. Our visual culture is saturated with images of masks, syringes, hand sanitizers, and the like, which have taken on a new and shared relevance. Had we come upon these objects two years ago, surely we would have known what they were, but the emotional force they now possess would have been entirely absent. Still, if it is in human nature to invest objects with such provisional power, it is equally in our nature to rescind that power once a crisis has passed. And much of the business of art history is to seek out and retrieve these lost meanings that are embedded in works that we continue to admire centuries later, although largely on formal grounds.

Such is the beauty and stylistic perfection of so many of the paintings, drawings, marbles, and bronzes in the Metropolitan Museum’s The Medici: Portraits and Politics, 1512–1570, that visitors can surely appreciate them for those attributes alone. And yet, as in so many Old Master portraits, much more is going on here: contextual elements that we are apt to overlook five centuries out were urgently relevant in the eyes of the artist’s contemporaries.

Consider that the Florentines ousted the Medici in 1527 and established a republic that ended three years later with the siege of the city and the death of perhaps one third of its citizens. In ordinary times, we might process that information as an abstract point of interest with some general bearing on art history. But in light of Covid-19, we have a deeper sense of what it is to live through a collective catastrophe. A well-known work in the show, Pontormo’s great portrait of a halberdier, shows a youth proudly brandishing a pike (Fig. 2). But when we learn, in the waning days of Covid-19, that it appears to represent a member of the local guard who—like some first responder— has volunteered to defend his city in the midst of a siege, we easily imagine both the pride that Florentine republicans felt before his haughty pose and the sorrow that would soon replace this pride when the republic met its sanguinary end.

That added dimension, in its varied manifestations, informs most of the works in the Met exhibition, one third of them from the gifted hand of Agnolo Bronzino. He did not invent the mannerist portrait; Pontormo was a more likely contender for that honor, as suggested not only by the halberdier, but also by two other images at the Met: Portrait of a Young Man in a Red Cap and Portrait of a Man with A Book (Fig. 5). But Bronzino was the one who fashioned, for all time to come, the look, the style that we associate with the court of Cosimo de’ Medici, duke of Florence and then grand duke of Tuscany from 1537 to 1574. No Italian prince of the sixteenth century dominated its visual culture more than Cosimo, who enlisted some of the finest painters of his day to glorify himself and his family and to transform the Palazzo Vecchio, in the center of Florence, from a republican fortress into a technicolor theater of princely magnificence.

In one work from about 1545, Bronzino depicts Cosimo in a suit of armor, its spiking protuberances gleaming with menace (Fig. 3). But this is not just any suit of armor: contemporaries would have recognized it as the very one that the Habsburg king of Bohemia and Hungary had bestowed on Cosimo, thus underscoring Florence’s enviable alliance with that all-powerful dynasty. At around the same time, Benvenuto Cellini portrayed him as a Roman emperor in a bust, nearly three times life-size, that might have abashed Jupiter himself (Fig. 4). Here too, amid the welter of details teeming across the bronze surface, the contemporary observer would have picked out the medal of the Order of the Golden Fleece, which the Emperor Charles V himself had bestowed on the prince—further underscoring Cosimo’s standing in the Habsburg universe.

But Cosimo, although a great patron of the arts, was a very different sort of patron from Lorenzo the Magnificent, his illustrious forebear, or the Gonzagas in Mantua and the Estes in Ferrara. As the marvels of the Met exhibition reveal, there was no questing ambition to expand, in an almost vanguardist way, the forms of visual expression. If Mantegna and Michelangelo were forging new ways of looking at the world, Bronzino had no important influence on subsequent art, beyond a few painters in his immediate circle. It is telling that the most active beneficiary of Cosimo’s patronage was Giorgio Vasari, who, as a painter, was decidedly of the second rank and does not appear in the present show.

Of the nearly one hundred works in the Met exhibition, many, if not most, were expressly created to flatter the vanity of the duke, his family, and his friends. This flattery took a very specific form, one that, collectively, was unique in European art. Almost by definition, the ambition of portraiture in the middle years of the sixteenth century was to communicate some version of superb, aristocratic elevation, enlivened perhaps—in the works of Titian, for example—by the suggestion of a deeper humanity. In the glittering, brittle surfaces of Bronzino’s art, however, any thought of such humanity is deflected, even repelled. His portrait of Cosimo’s wife, Eleanor of Toledo, presents us with a creature of alabastrine stillness, emerging from a deep blue ground in a pink bodice interwoven with pearls. In a second portrait from about ten years later, Eleanor, like a marble statue, has neither aged nor even, essentially, shifted her pose. Although her son Fran cesco, who would succeed Cosimo, stands beside her, they do not touch, and it is hard to believe, on the basis of this portrait, that they ever embraced (Fig. 8).

And yet, we have good reason to believe that this work more accurately captures the spirit of the painter than of his sitters. For often, beneath that veneer of emotional blockage that defines Bronzino’s art, we know—since history informs us— that there exists a core of extravagant violence. Hamlet’s observation that a man “may smile, and smile, and be a villain,” goes far to describe Cosimo’s court, where such violence was never very far below the surface. However reserved Bronzino might have been, his sitters rarely bothered to dissimulate their passions. From his great portrait of Lodovico Capponi in the Frick—with its terminal degree of sangfroid—one would never guess that the sitter nearly came to blows with an amorous rival on the high altar of San Frediano, or that he fled Florence for Rome, then Naples, then Venice, and finally Bologna due to a propensity for challenging others to duels (Fig. 7).

One painter who appears in the Met show almost as much as Bronzino is Francesco Salviati. Although a catalogue essay by one of the show’s curators, Carlo Falciani, seeks to draw a sharp contrast between these masters, as champions of the Florentine and Roman schools, respectively, in fact, many of Salviati’s works are serviceable if not especially inspired imitations of Bronzino. But at his best, in his portrait, painted on marble, of the banker Bindo Altoviti from around 1545 (Fig. 6), or in the Met’s splendid and recently acquired head of Carlo Rimbotti (Fig. 1), we encounter a mood that is present, but never explicitly, in Bronzino, one of flickering anxiety, of emotional disturbance. This mood characterizes mannerist portraiture more than does the cool perfection of Bronzino: indeed, it is the defining tone of Italy in the sixteenth century, when foreign mercenaries—in the pay of either the French or the Spanish—had been laying waste to the countryside and outraging its inhabitants for generations. That this undertone of disquiet and instability is a defining element of mannerist portraits has long been recognized. But although it is generally foolhardy to look for contemporary parallels and “distant mirrors” in the art of the past, it seems likely that visitors to the Met exhibition will engage with its objects in a slightly different way, and perhaps in a slightly deeper way, than they would have done only two years ago.

The Medici: Portraits and Politics, 1512–1570 is on view at the Metropolitan Museum of Art to October 11. The exhibition is accompanied by an illustrated catalogue published by the museum.