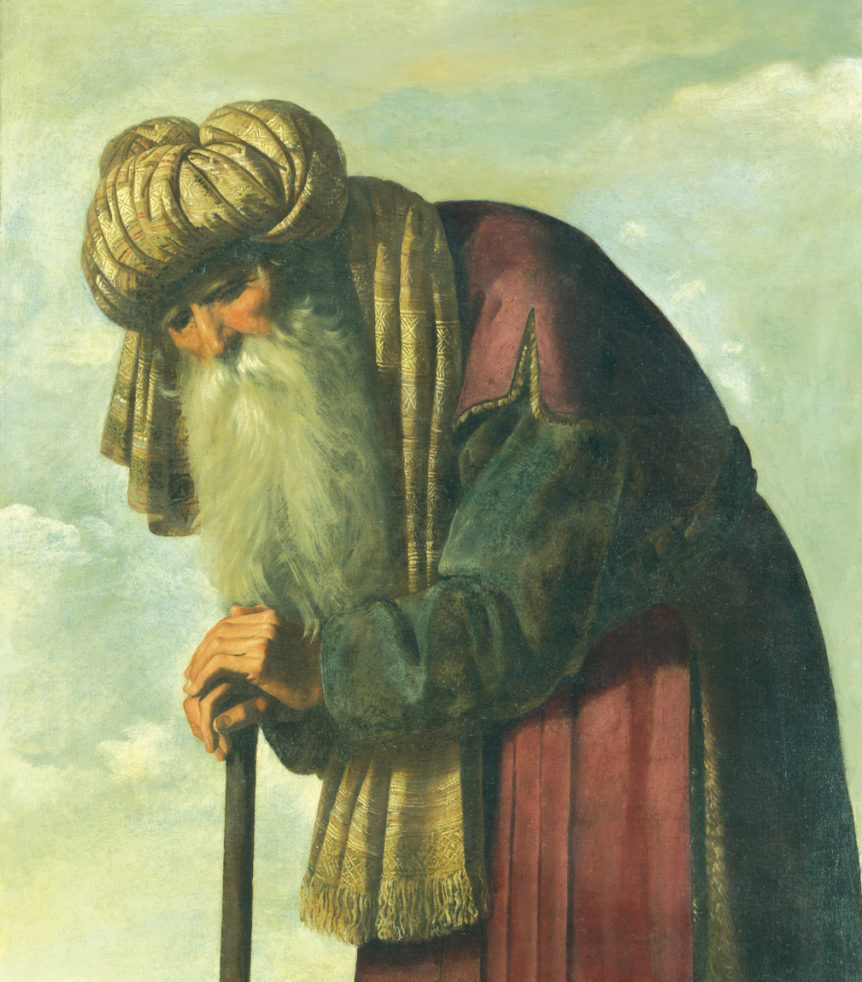 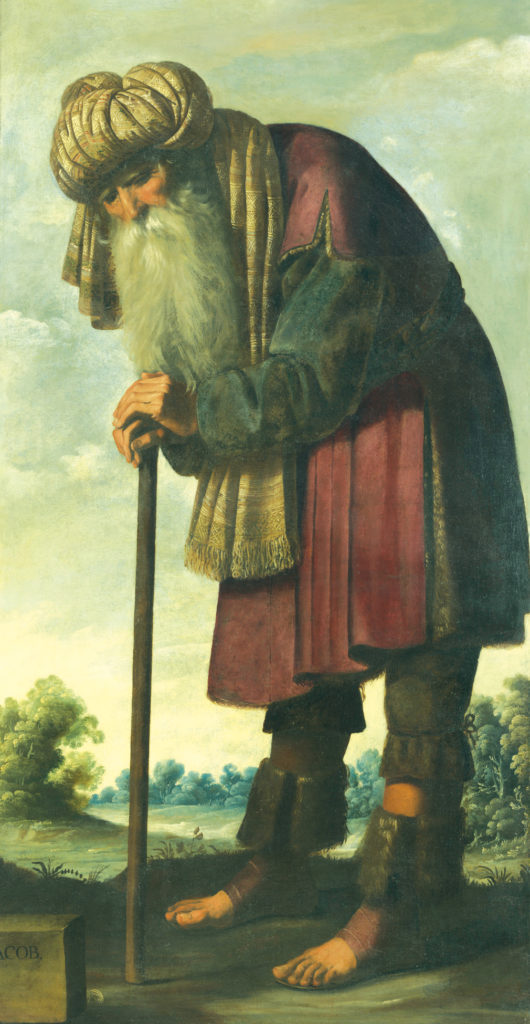 Few cities in the world are as charming as Seville, but fewer still have brought forth as gloomy a harvest of paintings as this Andalusian capital. From the walls of its ancient hospitals, its Mercedarian convents, and its Carthusian cloisters, the dark night of the soul descends upon the unsuspecting tourist, whether in the sundry martyrdoms of Francisco de Zurbarán or in Juan de Valdés Leal’s florid register of corpses in decay. In this respect, Seville is the opposite of Florence, an essentially gray and charmless medieval town that, nevertheless, radiates with the brilliance of noon and the freshness of springtime in the countless masterpieces of its Renaissance. 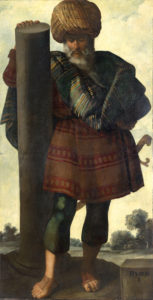 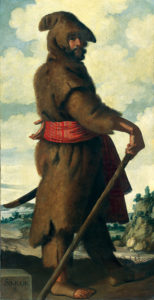 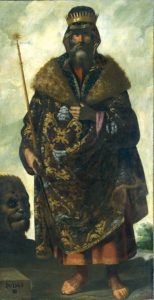 Today, despite its manifold appeal, Seville is a city of the second rank, at least in comparison with Barcelona and Madrid, the centers of Spain’s industry, culture, and government. But for centuries, and especially in the first half of the 1600s, it was an artistic hub to rival Quattrocento Florence, Haussmann’s Paris, and postwar New York. Any city that, in the space of a single generation, could produce Zurbarán, Murillo, and Velázquez must be seen as a high point of civilization. It was through Seville, on the great Guadalquivir river, rather than Madrid on the insignificant Manzanares, that the wealth of the New World flowed into Spain, sustaining its far-flung empire and a flourishing art scene. As Amanda Wunder writes in her important new study, Baroque Seville: Sacred Art in a Century of Crisis, “New World treasure transformed Seville from a well-to-do regional capital into one of the largest, wealthiest, and most cosmopolitan cities in the early modern world.”

This season, the Frick Collection in New York has chosen to celebrate Seville with two exhibitions: Murillo: The Self-Portraits, which honors the quadricentennial of Murillo’s birth in 1617, and another, Zurbarán: Jacob and His Twelve Sons, Paintings from Auckland Castle, devoted to a cycle of thirteen paintings by Zurbarán. The latter, however, ably curated by Susan Grace Galassi, the Frick’s senior curator, is more than an exhibition: it is an event. For the first time ever, these paintings are being seen in America, first at the Meadows Museum in Dallas and now at the Frick. Even in England they are little known, residing as they do in a remote corner of the country and in a castle that, until very recently, received few visitors. Now, however, the castle is undergoing a two-year renovation before opening up to the wider world. And while that work is being done, this striking cycle can be seen in America, after having been thoroughly studied and cleaned by a team of experts at the Kimbell Art Museum in Fort Worth, Texas. 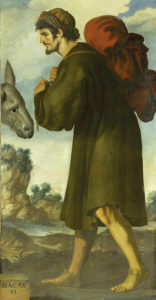 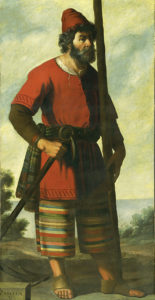 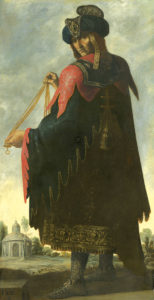 Zurbarán was undoubtedly a great painter, but he was by no means an excessively pure or consistent one. Museumgoers acquainted mostly with his sublime images of a hooded Saint Francis emerging from infinite darkness, or Saint Peter Nolasco amid his visions of eschatological fire, might be surprised to learn that this seemingly otherworldly master was more than happy to employ numerous assistants to crank out paintings by the dozens. Many of these works were produced as multiple series for the American market, and the three known versions of Jacob and His Twelve Sons were originally intended for buyers in Buenos Aires, Lima, and Puebla in Mexico. It is believed that one of these three cycles is the version that arrived at Auckland Castle in 1756, when it was bought by Richard Trevor, Bishop of Durham. Although the paintings have been dated to the 1640s, there is no trace of them before their purchase at a London auction in 1720 by a Jewish merchant who later sold them to Bishop Trevor. The only one missing is the depiction of Benjamin, which ended up in Grimthorpe Castle, Lincolnshire, where it remains. Although the bishop was forced to commission a copy, the original from Grimthorpe Castle appears in the Frick exhibition. 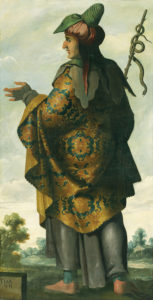 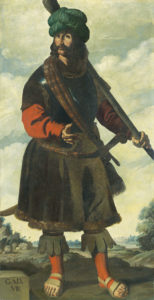 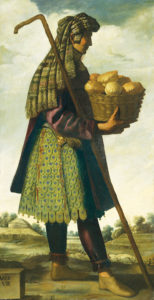 The paintings, which have hung for centuries in the dining room of Auckland Castle, are based on the forty-ninth chapter of the book of Genesis, known as the Blessings of Jacob. In that passage, the patriarch, on his deathbed, blesses his sons, the founders of the twelve tribes of Israel, and he foretells the destiny of each. In the seventeenth and eighteenth centuries, it was widely believed that the indigenous inhabitants of the Americas were the remnants of the Lost Tribes of Israel, those descendants of the sons of Jacob who never returned from captivity after the Neo-Assyrian invasion of the Holy Land in 722 bc. This belief coincided with a debate that raged in England during the middle years of the eighteenth century over the rights of Catholics, nonconformist Protestants, and especially Jews. The Bishop of Durham was committed to insuring the rights of the Jews and it is thought that such interests played a role in his purchase of Zurbarán’s cycle. 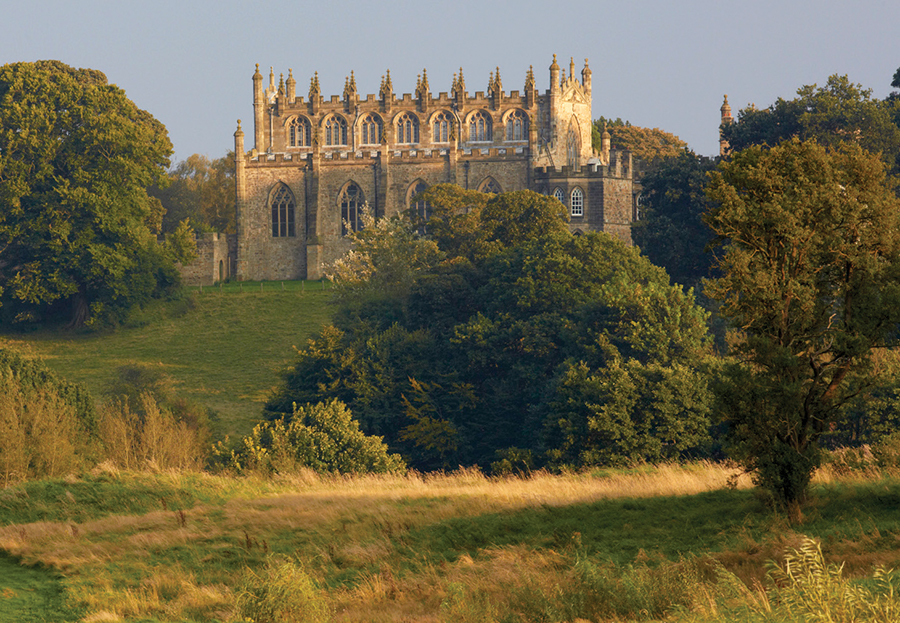 The paintings themselves are fairly unusual in Zurbarán’s oeuvre, even as they echo some of his perennial formal and thematic preoccupations. A parallel will be found in his series of life-size standing female saints, both in the general repetition of poses and in the devoted attention to costume. But if those female saints, dressed mostly in sumptuous contemporary apparel, emerge from that all-enveloping darkness that was so dear to Zurbarán, Jacob and his sons, also life-size standing figures, are seen in broad daylight and wear what is intended to approximate biblical garb. There is some variation in pose and props, but not enough to disturb the sense of unity among the paintings. Reuben, the oldest of Jacob’s sons, appears before us frontally, supporting himself against a pillar (Fig. 2). Levi, holding the gold chains of an incense burner, looks at us over his shoulder (Fig. 5), while Issachar, in profile, carries a heavy sack, as a donkey juts into the picture from the left (Fig. 7). All of these figures occupy the shallow foreground of the canvas, before a formulaic landscape whose few trees and occasional huts rarely rise higher than their knees. 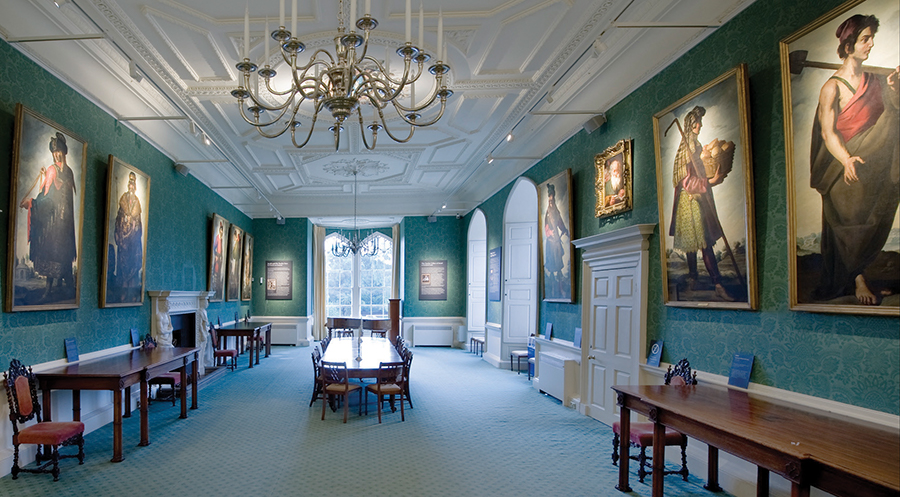 Fig. 12. Zurbarán’s paintings and other works on display in the Long Dining Room at Auckland Castle. Courtesy of Auckland Castle; photograph by Colin Davison.

In an appendix to the exhibition’s catalogue, Rafael Barrientos Martínez and Claire Barry make a convincing case that these images are largely based on a free and imaginative interpretation of engravings of such earlier artists as Maarten van Heemskerck and Jacques de Gheyn II. As might be expected from a series so conceived and, to all appearances, so swiftly executed, there is a certain perfunctoriness to the details and a certain flatness to the paint textures. Only intermittently do we find those welcome epiphanies of committed observation that recall Zurbarán at his best, in the wicker basket, for example, that Asher carries and the fresh and pungent bread that fills it (Fig. 10). 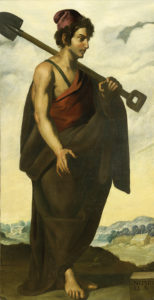 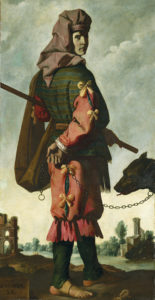 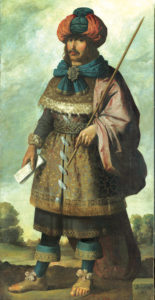 But a strong case could be made that these works were never intended to be seen as thirteen discrete works, but rather—like so many examples of modern and contemporary art— as a single work comprising thirteen interrelated parts. And to see all of them arrayed in the dining room of Auckland Castle or in the galleries of the Frick seems to fulfill an ambition that was so dear to the hearts of baroque artists and so often overlooked by present-day historians of the period: in addition to being works of high visual culture, they aspired to be, as indeed they are, a dazzling stunt.