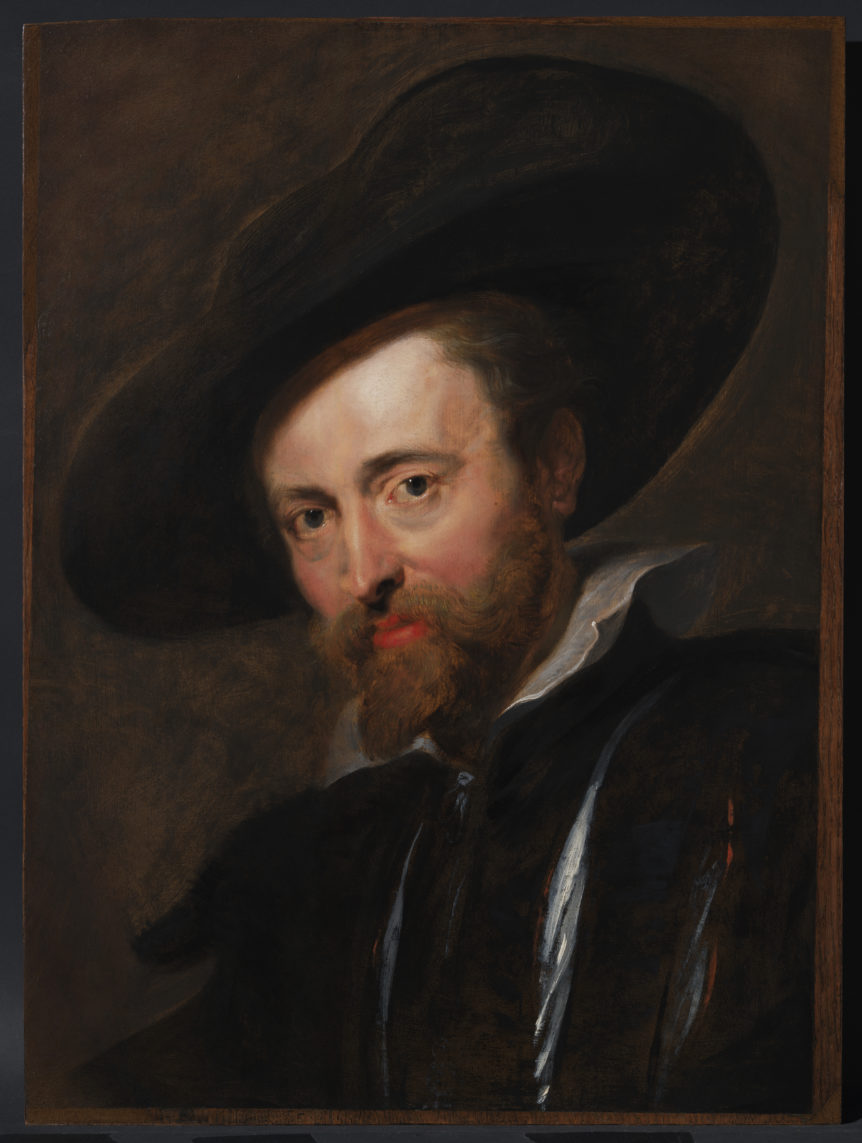 At the center of Antwerp, in the shadow of the single-spired Cathedral of Our Lady, a seven-ton bronze statue of Peter Paul Rubens (1577–1640) surveys the historic district’s main square, the Groenplaats. The painter of ruddy gods and ruddier patrons is something of a mascot for the city on the river Scheldt, and this year the festival Antwerp Baroque 2018: Rubens Inspires, organized by Visit Antwerp, presents an elaborate program of exhibitions, music, theater, dance, and street art that pays homage to the city’s favorite son at locations that are associated with his life, including a suite of museums. 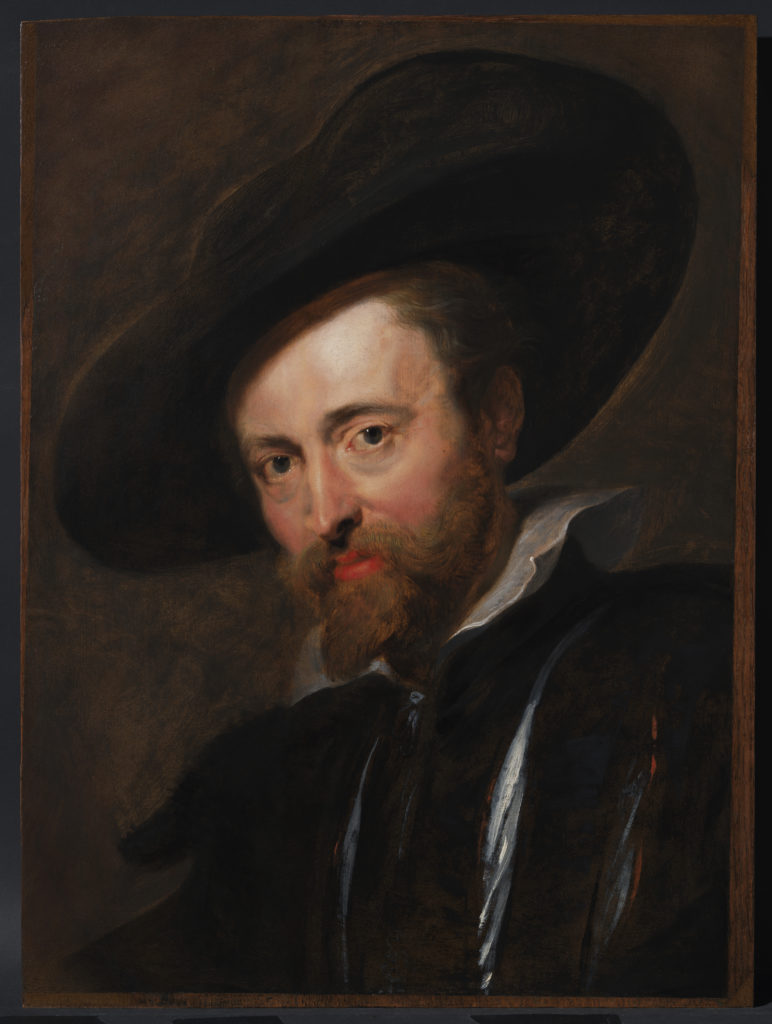 The Flemish master par excellence might not have been associated with Antwerp at all had it not been for the steady stream of commissions that he received in the city soon after his return in 1608 from an eye-opening, eight-year stay in Italy, which came from both the Hapsburg rulers and Nicolaas Rockox, an Antwerp statesman and Northern Renaissance Maecenas. Rockox, at his death, owned at least eighty-two paintings, including Rubens’s Christ on the Cross and The Virgin in Adoration Before the Christ Child—quite a trove in a time when most nobles owned fewer than ten. Rockox’s former abode, adjoining that of the painter Frans Snyders, forms the Snijders & Rockox House, today administered by KBC Bank and full of period treasures. Particularly captivating is the suite of trompe-l’oeil still lifes depicting such fine and sometimes exotic foods as artichokes, cinnamon, ginger, quails, finches, and oranges. These studies supply the theme for the exhibition Cokeryen, which will run from September 28 to January 13 and feature some eighteen images by culinary photographer Tony Le Duc based on recipes in Antonius Magirus’s 1612 cookbook, the vade mecum for chefs in the Low Countries.

Rubens himself was an even more ravenous consumer of art than his patron. His collection, part of which still resides in his palazzo, known as the Rubenshuis, once comprised an astounding 324 paintings. Today, among the many sculptures, pieces of tableware, oil sketches, engravings, curio cabinets, and paintings—including examples by Anthony van Dyck and Jan Brueghel—that stand out against the embossed leather wall paneling, can be found a Tintoretto, Angel Foretelling Saint Catherine of Alexandria of Her Martyrdom (c. 1560– 1570), once owned by David Bowie and on long-term loan to the museum. Rubens himself, aged fifty-three, gazes thoughtfully from a self-portrait of about 1630, recently restored at the Royal Institute for Cultural Heritage in Brussels. Its homecoming—and that of the c. 1638 Rubens altarpiece Martyrdom of St. Andrew, on loan from a Madrid collection—served to inspire the title of the exhibition Rubens’ Return, which includes works by Jacob Jordaens, Adam de Coster, Frans Floris, Daniel Seghers, Jan van den Hoecke, and Willem van Haecht. 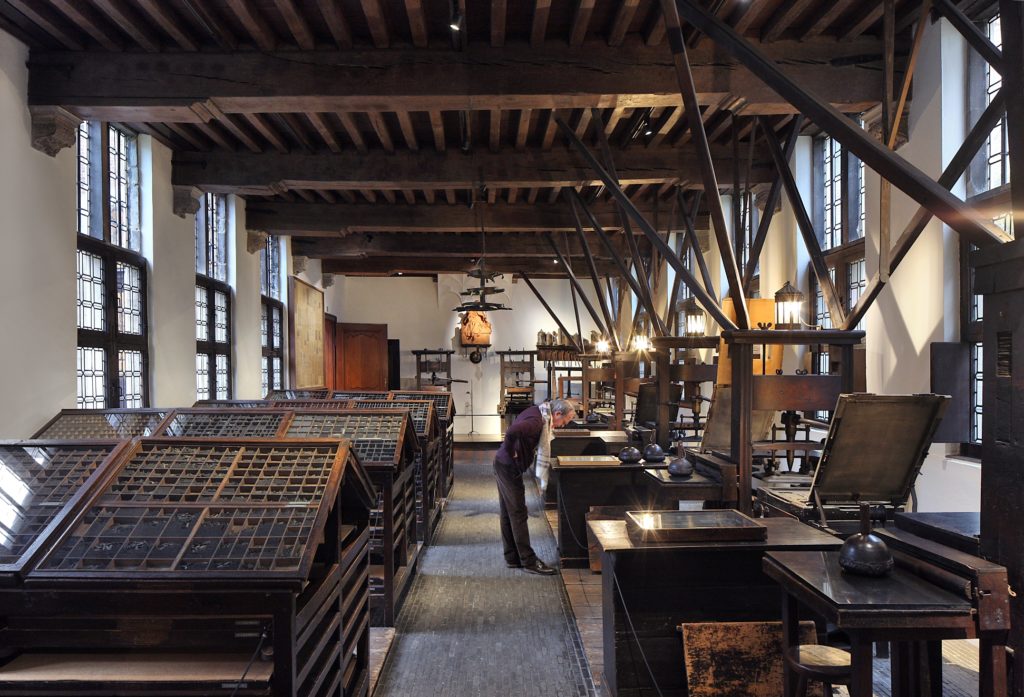 Rubens was a major collaborator with Balthasar I Moretus, owner of the Officina Plantiniana printing and publishing works on the Vrijdagmarkt in the seventeenth century. He fulfilled commissions for cover page illustrations, as well as portraits of Plantin-Moretus family members. He was also a dependable customer—the company’s fastidious records show he purchased approximately two hundred books. To coincide with Antwerp Baroque 2018, the Plantin-Moretus Museum will present Baroque Book Design: A Tale of Friendship and Collaboration from September 28 to January 6, which will include a series of lectures and workshops with Imschoot Publishers, Visual Editions, and Gaspereau Press, contemporary masters of mise-en-page.

And then there’s FOMU. Bearing no relation to Rubens’s life, the Fotomuseum Provincie Antwerpen will nonetheless present what is perhaps the most Rubenesque of the contemporary interventions on view in the city: lolling, voluptuous nudes, photographed by Dutch artist Paul Kooiker with the same passionate regard for unrestrained corporeality that animated his baroque forebear. 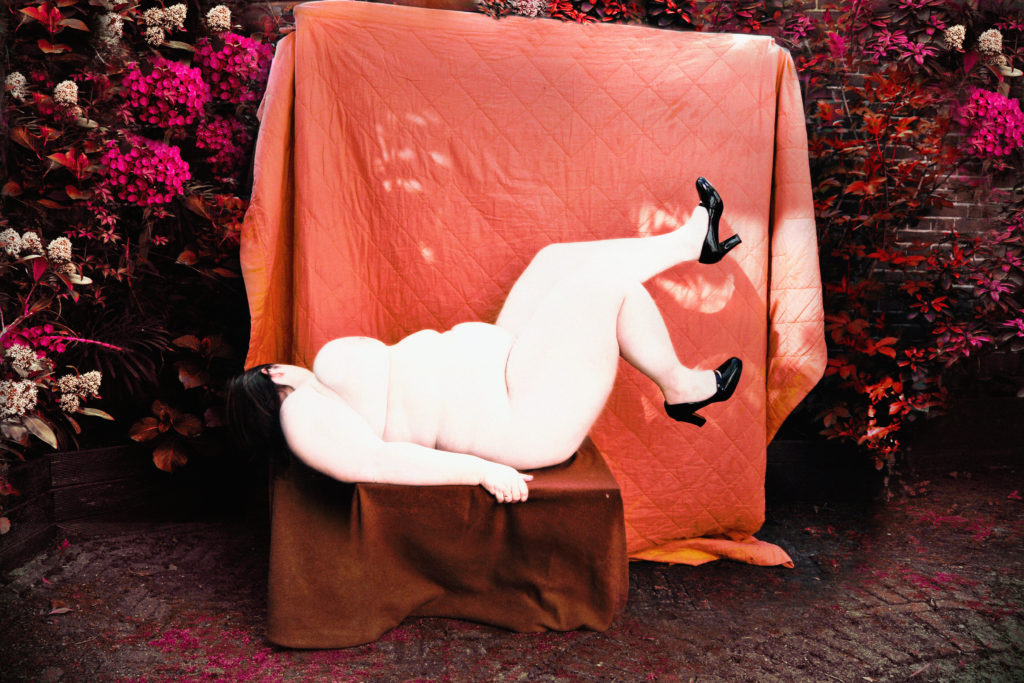 Another facet of Antwerp

As much as for Old Masters, Antwerp is known for the diamond trade, which has flourished in the city since the fifteenth century, when skilled Jewish Diamantwerkers fleeing the Spanish Inquisition set up shop near the Grote Markt, the city’s commercial hub. In May a new museum dedicated to charting the history of the gem, DIVA, Antwerp Home of Diamonds, opened in the neighborhood where it all began.

The museum bills itself as experiential, and visitors navigate its permanent exhibition spaces, six carefully-appointed rooms—styled as Wunderkammer, Atelier, International Trading Room, Dining Room, Vault, and Boudoir—created by interior designer Gert Voorjans and set designer Carla Janssen-Höfelt, with the help of a virtual“butler” as guide. Having absorbed the collections of the Sterckshof Silver Museum and Diamond Museum, which merged in 2014, and also including long-term loans from the King Baudouin Foundation, DIVA’s holdings number some six hundred fascinating objects, from diamond- working tools and sterling table settings, to such chef-d’œuvres as a sixteenth-century cup in the shape of an owl—with a silver head and legs, and a body carved from a coconut—and a diamond-encrusted tennis racket.