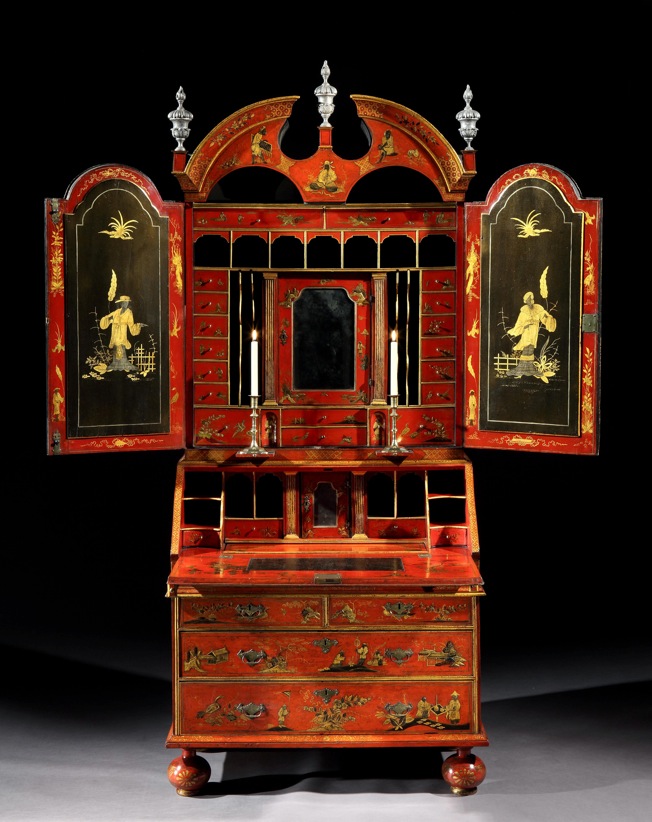 Europe puts its best foot forward to welcome the massive influx of international collectors and dealers who head there each spring.  The European Fine Art Fair (TEFAF) Maastricht attracts the largest crowds and most attention but The British Antiques Dealers’ Association (BADA) annual fair in london and Paris’s tailored Salon du Dessin, both of which follow closely on TEFAF’s heels, vie to attract visitors who have made the journey.

TEFAF — The 28th edition of The European Fine Art (TEFAF) Maastricht, which opens March 13th, marks the highlight of the international fair calendar and will feature 274 dealers at the top of their respective fields.  Over 74,000 people attended last year and numbers can be expected to be at least as hefty this time around.  What makes the event so popular with exhibitors as well as visitors is its organizers’ ability to maintain high standards of quality and a very personalized level of service in spite of its massive scale.

It has also remained adept at updating itself without losing its core identity.  This year, for example, features an entirely redesigned entrance as well as a new curated show of contemporary art.  However, TEFAF 2015 will still include a classical loan exhibition, which this year features highlights from the Teylers Museum in Haarlem that includes works by Michelangelo, Raphael, Watteau and Goltzius and contrasts them to drawings by contemporary European artists.

The diverse treasures to be showcased in the body of the fair range from a large, Qing-dynasty bronze figure of a water buffalo (above), which will be exhibited by Littleton & Hennessy, to a silver-gilt and enamel miniature carriage clock (left) of circa 1870 by Gustave Baugrand, which will be shown by Wartski. A fragment of a mesmerizing Egyptian painted wood panel created circa 1890—1800 BC will be featured at the booth of Rupert Wace Ancient Art. This edition’s TEFAF Showcase, a one-time opportunity for emerging dealers to exhibit at the fair, includes Xavier Eeckhout, a specialist in wildlife art and unusual objets de vertu, as well as Eric Gillis, an expert on Belgian Symbolist art.

BADA Antiques and Fine Art Fair — The 2015 British Antiques Dealers’ Association (BADA) Antiques and Fine Art Fair opens on March 18th in a marquee on the Duke of York Square, not far from London’s Sloane Square.  All of the nearly 100 exhibitors are members of the association, which prides itself on its long-standing commitment to upholding high standards of quality.  This year objects purchased at the fair will for the first time be eligible for BADA’s new Certificate of Provenance.

The fair offers a wide range of British art, furniture, porcelain, silver, glass, and clocks. Highlights include a handsome Charles II period ebony table clock, which will be shown by Howard Walwyn Ltd.; a stunning George I period scarlet japanned bureau cabinet (left) at the booth of Godson and Coles; and a pair of George III Cary globes raised on mahogany stands, which will be exhibited by Michael Hughes.  However, BADA also presents a good selection of vintage jewelry, Oriental carpets, Asian art, and antiquities, and other objects from across the world.

Old-Master Drawings — In stark contrast to TEFAF, Paris’s Salon du Dessin has built its success by remaining small and tightly focused on drawings and other works on paper of the highest caliber.  With only 39 exhibitors on show in the ornate Palais de Brongniart, the fair provides an atmosphere conducive to the studied consideration of such works. Nevertheless, it attracted an impressive 13,000 visitors last year and has proven notably popular with curators from American museums.

Although it has extended its reach into the contemporary realm in recent years, its core remains Old Masters.  Highlights include a study of a young boy by Jean-Baptiste Greuze at the stand of Jean-Luc Baroni Ltd; a black chalk portrait of the artist’s brother (left) by Elisabeth Vigée-Le Brun, exhibited by Talabardon and Gautier; and an idealized view of a gate with two figures of circa 1755, which will be shown by Galleria Carlo Virgilio.

This last work ties into this Salon’s themed focus on architectural renderings.  A loan exhibition of works from the Bibliothèque nationale de France, “Drawings by architects, drawings of architecture,” includes renderings for imagined projects such as Étienne-Louis Boullée’s famous Project of a Cenotaph for Newton as well as meticulous studies for realized contructions, such as a half elevation and unfinished half cross-section of the Church of the Visitation by François Mansart.  A two-day symposium, “Architectural Drawings: Documents or Monuments?” will examine the nuanced and overlapping interpretations of these renderings.

Seventeen museums in and around Paris have organized temporary exhibitions of works on paper to participate in a citywide “Drawings Week,” timed to coincide with the fair. Salon du Dessin – Palais Brongniart, Place de la Bourse, Paris – March 25th—30th – www.salondudessin.com