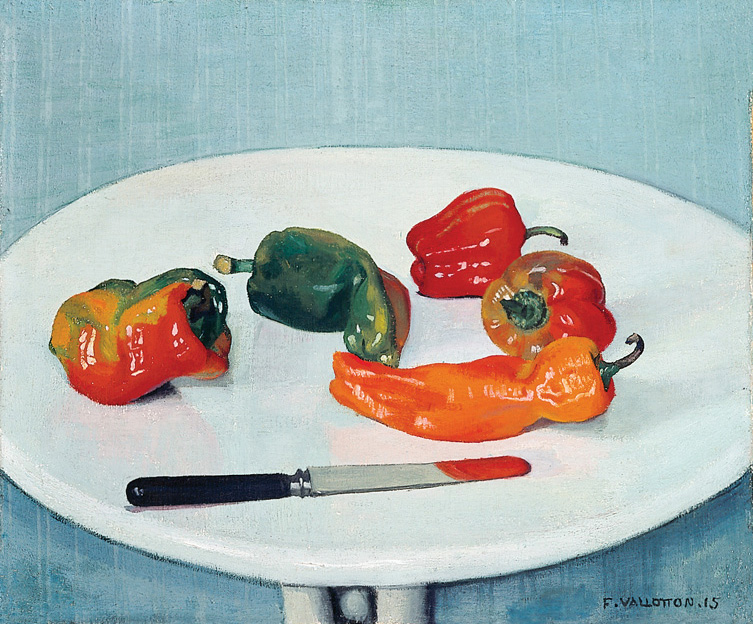 Born to a conservative Protestant family in Lausanne, Switzerland, Félix Vallotton rather intrepidly moved to Paris in 1882 at the age of sixteen to study art. But while he lived in Paris the rest of his life, he was never of Paris. As a new exhibition at the Metropolitan Museum of Art demonstrates, in his paintings and prints Vallotton maintained an aloof and skeptical view of life in the French capital at the fin de siècle. Even though he became a citizen of the country and married into an established French family, in his art Vallotton always seemed to examine Paris and its people at arm’s length.

An acerbic point of view on Paris society is what first earned Vallotton attention as an artist, as seen in works that remain his best known to this day. In the early 1890s he began to make woodcuts—a medium that had been more or less ignored by fine artists since the heyday of Albrecht Dürer in the late Renaissance—producing a large group of prints, published in magazines, that mocked and satirized the mendacity, hypocrisy, and other foibles of the bourgeoisie. Perhaps ironically though not unhappily for him, Vallotton would join the French upper classes himself in 1899 when he wed Gabrielle Rodrigues-Henriques, the widowed daughter of one of the wealthiest and most successful art dealers in Europe. The marriage not only assured Vallotton’s financial security, it guaranteed his representation in the art marketplace.

The subtitle of the exhibition at the Met—which was first presented this summer at the Royal Academy of Arts in London—is Painter of Disquiet. It is particularly apt. Nothing is quite comfortable in the paintings of Vallotton’s mature period. The sitters in his portraits, such as Gertrude Stein, appear somehow ill at ease—as if, rather than having their likeness painted, they were being cross-examined by an attorney, or interviewed by a court-appointed psychologist. His wonderful, flat domestic scenes, such as The Red Room and The Visit, are painted with the same clinical detachment seen in the work of Edward Hopper. Vallotton depicts spaces that appear warm and cozy—but for the elusive, almost furtive figures that inhabit them. As in an Ibsen play or a Bergman film, these characters prompt a sense of apprehension in the viewer, a worry that there is deceit, or tortured anxiety, or malintent lingering just below the surface of these apparently calm tableaux. Vallotton could make a plateful of peppers look like so many murder victims.