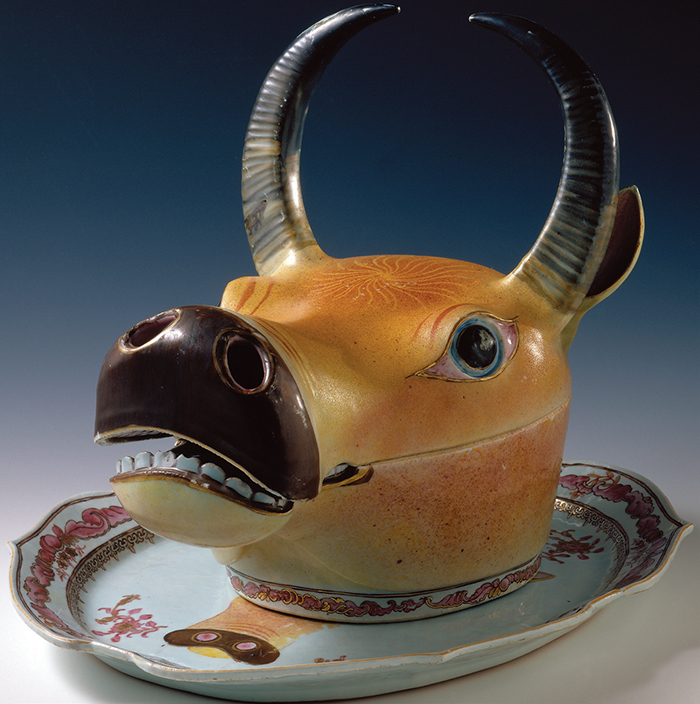 Augustus II (1670 –1733), ruler of Saxony and founder of the Meissen porcelain manufactory, had an affliction he called die Porzellankrankheit—an obsession with fine ceramics. If you have a similar malady, we strongly suggest you make your way to Winterthur.

Porcelain water buffalo- or ox-head tureen and stand, Chinese, 1760–1780. Campbell Collection of Soup Tureens at Winterthur; all objects illustrated are in the Winterthur Museum, Delaware.

The Delaware estate museum is presenting Dining by Design: Nature Displayed on the Dinner Table, an extravagant and exuberant exhibition of more than five hundred pieces of tableware—nearly all from its collection—each with pictorial motifs or forms inspired by plant and animal life. These “artworks on a different type of canvas,” as Leslie Grigsby, Winterthur’s longtime curator of ceramics and glass, calls the settings, include plates, bowls, and platters, along with serving pieces that range from soup tureens to sweetmeat stands. 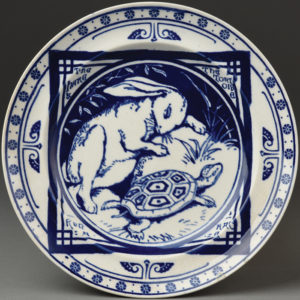 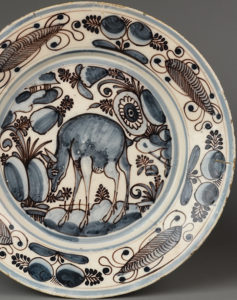 Their decoration is both eye-catching and endearing. Along with depictions of flowers, fruits, fish, fowl, and beasts of the field in vivid colors, a number of dishes bear motifs based on myths and fables, including a naively painted Adam and Eve in Eden and a Staffordshire arts and crafts rendering of Aesop’s tortoise and hare. The most attention-grabbing dishes are tureens in the shape of animals. These range from a supine goose and a container shaped like a bucket of cod to a boar’s head and the head of a water buffalo with open nostrils, from which soup steam would issue as it was brought to the table. 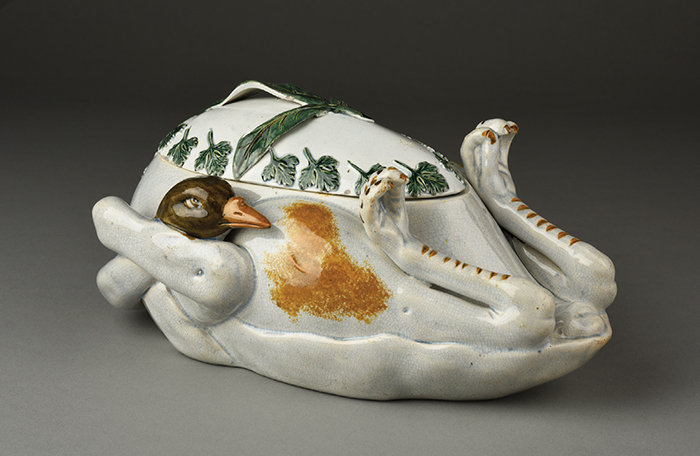 While there is plenty of scholarship behind the show and many rare objects on display—including Chinese export porcelain made for Persian and Indian markets—the overall tone is lighthearted. “We wanted to make an exhibition with a sense of life,” Grigsby says. “Something that would surprise—full of joy, and with a little silliness.”