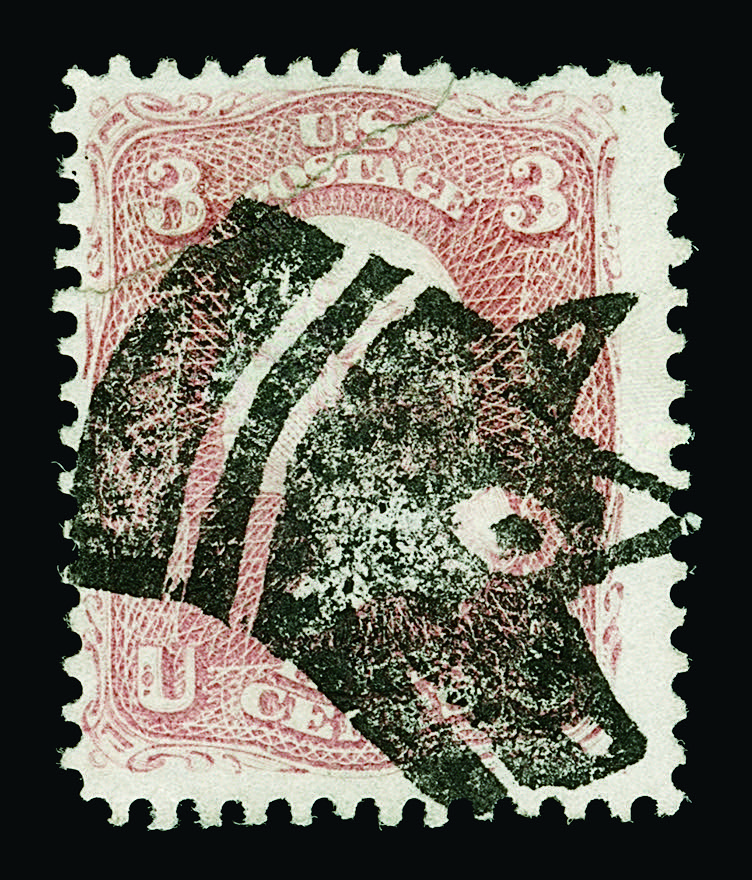 Philately is a subject that has rarely, if ever, been covered in the pages of ANTIQUES, but when we saw these “Waterbury fancy cancellations” in the announcement of an upcoming postage stamp auction, we couldn’t resist sharing these little-known (at least to us) expressions of folk art with our readers. To learn more, we followed up with philatelist Charles Hack, who knows a lot about the Waterbury pieces, and with Charles F. Shreve, director of Robert A. Siegel Auction Galleries, which is holding the sale on October 3, the first of several to disperse the United States collection of William H. Gross, stamp collector extraordinaire. 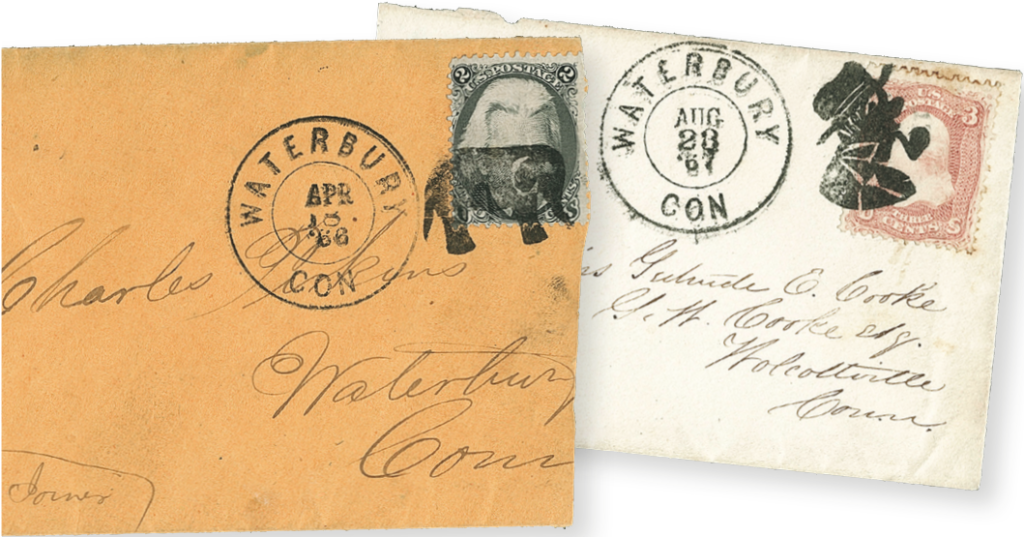 Mr. Hack explains that the term “fancy cancellations” applies to “hand-carved or molded markings used to cancel stamps. American post offices produced the largest number and most unusual fancy cancellations. Some were created in the 1847 to 1860 period, but they really proliferated after 1860 when the Post Office Department discouraged the use of town markings to cancel stamps (making it harder to reuse stamps, since it was easier to clean the circle and letters of a town marking than a big ink mark). Many town post offices created fancies, including Brattleboro, Vermont, and Union Mills, Pennsylvania, but the most famous is Waterbury, Connecticut, where, between 1865 and the late 1880s, a postmaster named John W. Hill (1834–1921) carved more than 250 different designs, including some of the most unusual and artistic, the best coming from between 1866 and 1870.” A number commemorated specific events, like the Bridgeport Fire Department marching through town (“BF” fireman), the arrival of the circus (elephant), or the impeachment of Andrew Johnson (“AJ” tombstone), while others depict abstract designs, birds, hearts, faces, stars, flowers, fruits, letters . . . the variations go on and on, as documented in a catalogue compiled by Paul C. Rohloff and published by the Collectors Club of Chicago in 1978 (The Waterbury Cancellations, 1865–1890, available online at collectorsclubchicago.org).

Among the rarer, Mr. Shreve writes, is the elephant, one of more than fifty Waterbury designs in the collection assembled by William Gross, who set out “to obtain a single example of every United States stamp ever issued, particularly those from the nineteenth century. He accomplished this goal—a major achievement, given that only two others in history have ever done it. While Bill’s primary focus was building a world-class collection of United States stamps and postal history [in the form of “covers”—envelopes or folded address sheets carrying such marks as the Waterbury fancies], he also collected other countries of the world. In 2007 he decided 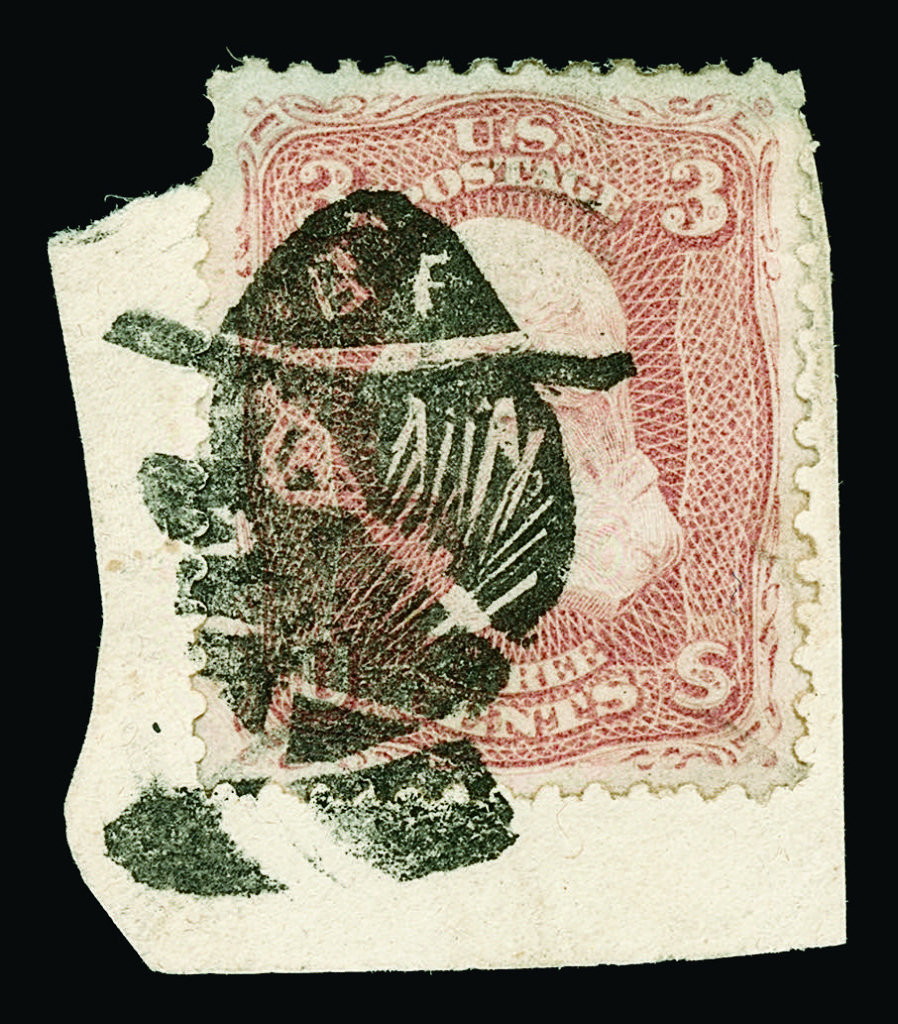 to start selling his non-United States collections, and in June of that year his Great Britain collection realized an impressive $9.1 million—still the record for a single-day stamp auction. Bill donated the proceeds to Doctors Without Borders; in the years since there have been eight additional auctions (plus a private sale of his Switzerland collection intact), resulting in proceeds of over $27 million, all of which Bill has donated to various non-profits such as the National Postal Museum, Hawaii Foodbank, and the Millennium Villages Project at the Earth Institute.”

The upcoming sale of the Gross collection is cause for great excitement among collectors. As Mr. Hack writes,“so much material that has been off the market for decades will now reappear, affording me and other collectors the opportunity to fill out our collections or build new ones.”