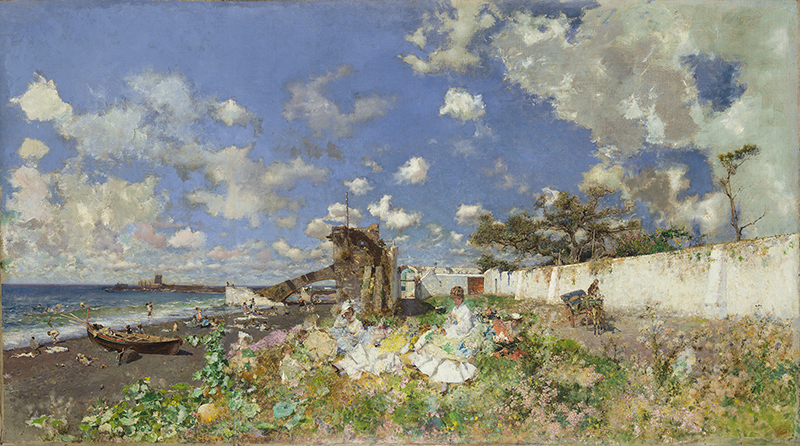 Though his fashion and textile designer son of the same name has more cachet today, the Spanish artist Mariano Fortuny was one of the most acclaimed and influential painters of the nineteenth century. His richly colored landscapes and historical scenes and his energetic brushwork earned him international patronage, and the appreciation of artists as diverse as Jean-Léon Gérôme, John Singer Sargent, and William Merritt Chase. A new exhibition at the Meadows Museum at Southern Methodist University in Dallas and its accompanying catalogue may serve to rekindle an interest in the artist. Fortuny: Friends and Followers will include important Fortuny paintings such as The Choice of a Model—on loan from the National Gallery of Art in Washington, DC—as well as works by such admirers as Chase, Sargent, Gérôme, and James Tissot. The centerpiece will be the Meadows’s own recently acquired masterpiece, Beach at Portici, the seaside scene that Fortuny was completing near Naples when he died of malaria at age thirty-six.