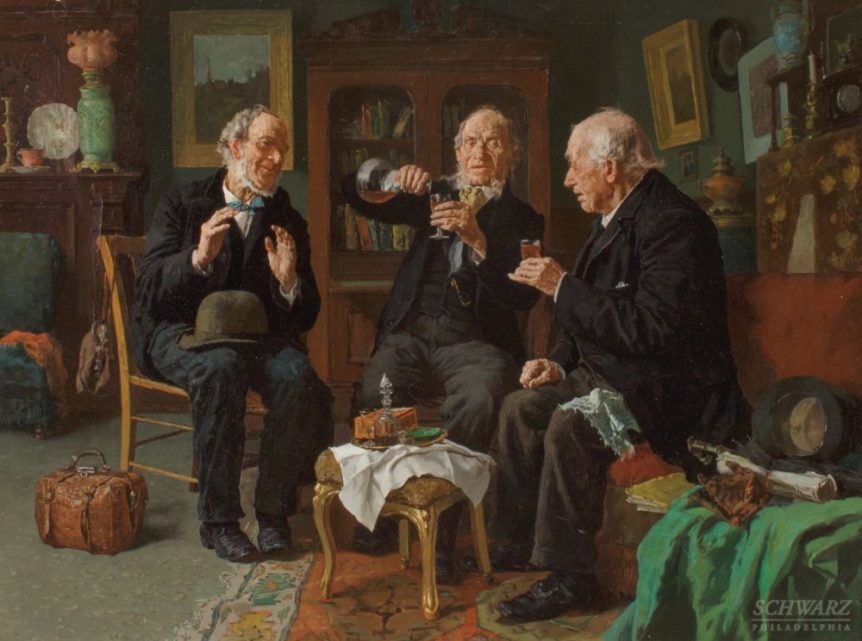 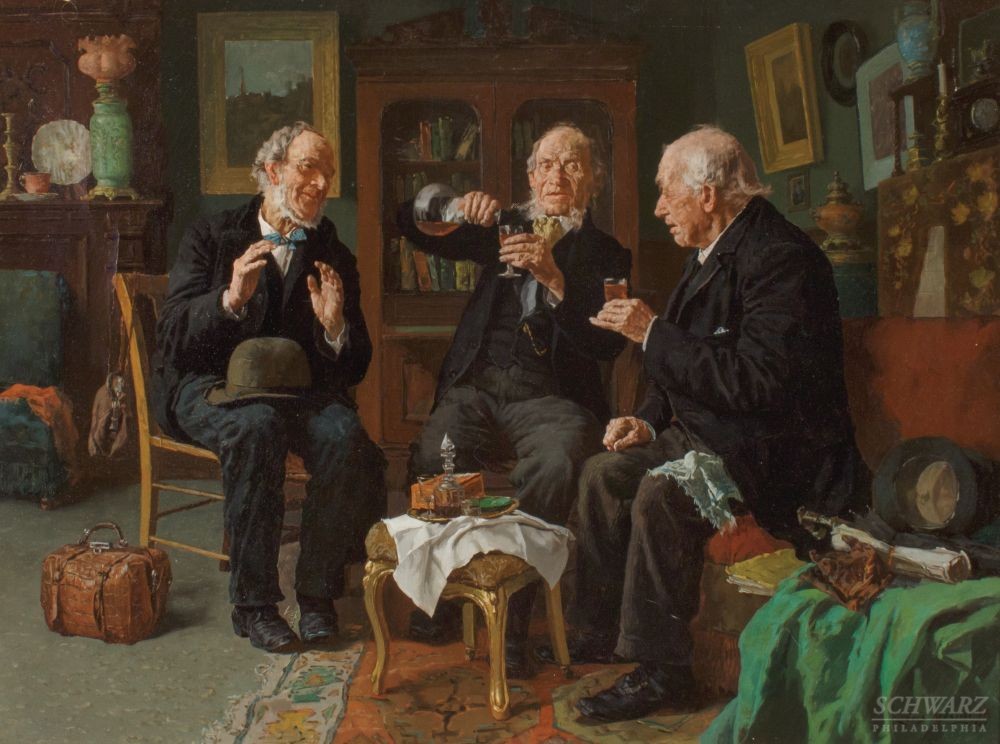 In the middle of a bitterly cold night in early January, tragedy struck in Center City Philadelphia. The victims included a trio of jovial elderly gentlemen, as well as an aged seamstress. The perpetrator has been identified: a frozen toilet.

The casualties described above are paintings—Old Friends, by Louis Charles Moeller, and Sewing by the Hearth, by Thomas Pollack Anshutz—and they were among the 151 works of art damaged by water after pipes burst in a third-floor bathroom in the Chestnut Street townhouse that has housed the Schwarz Gallery since 1942. Because the fiasco occurred in the midst of a raging snowstorm, some fifteen hours passed before the art gallery’s proprietors, Deepali and Robert D. Schwarz Jr., could respond to the crisis. 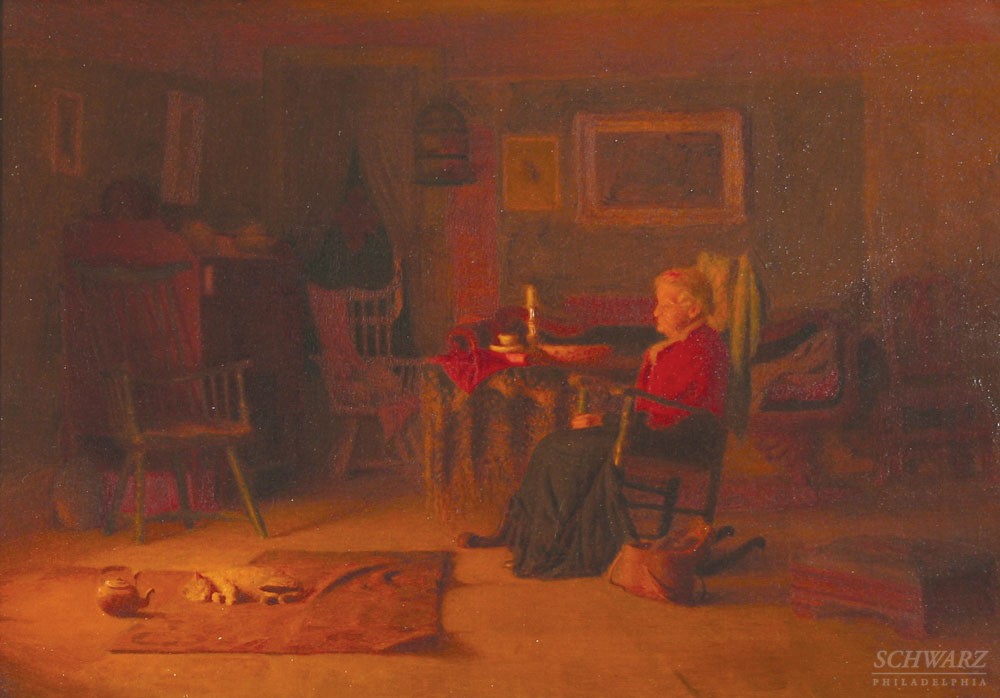 Sewing by the Hearth by Thomas Pollack Anshutz

Even worse, one of the gallery’s most important annual showcases—the Winter Antiques Show in New York—was just around the corner at the time of the calamity. The Schwarzes, who specialize in European and American painting from the eighteenth through twentieth centuries, had to scramble to choose replacements for half the paintings they intended to display, selecting from among the 250 to 350 unharmed works of art left in their stock.

The show went on, and now begins what may be a lengthy convalescence for the gallery. Restoration on the paintings will start next week, and it is hoped that the majority can be saved. The building’s repair—a third of it will need to be gutted—is expected to take six to nine months. Thankfully, insurance covered everything. If there’s a silver lining, it’s that the flood gives the Schwarzes an opportunity to reimagine their space. Says Robert: “We’re thinking of ways to improve a little bit.”