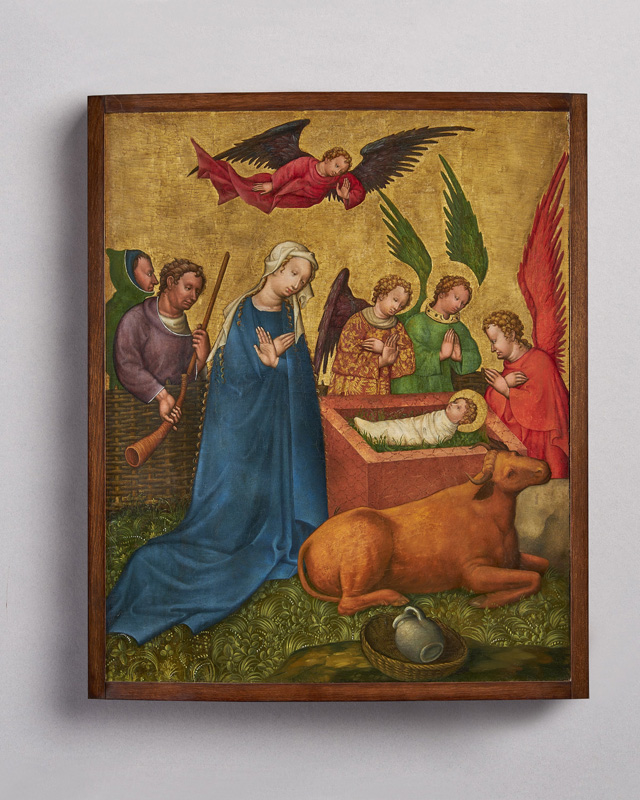 On a recent afternoon in the Chelsea gallery district in New York, at the exact midpoint of winter, I was feeling distinctly depressed after seeing six or so thoroughly mediocre displays of the latest art. How pleasant and how odd, then, to come upon a show of medieval artifacts in, of all places, the Luhring Augustine gallery, that citadel of contemporaneity.

Nor were the objects in Gothic Spirit: Medieval Art from Europe simply old. (A cynic might have assumed the work had been chosen by curators who, in their blinkered devotion to the present, had no real idea what they were working with.) Instead, the thirty works on view are, without exception, excellent—and in some cases far more than that. In fact, this improbable show represents the second time that the Chelsea gallery has collaborated with the renowned London firm of Sam Fogg. It includes ironworks and ivories, panel paintings and stained-glass windows, sculptures, and manuscripts.

These works ranged from the 12th century to the 16th and had been created in Italy, France, and Germany. Among them were two marble lions from around 1220 that bore on their backs a pair of Solomonic columns; a fine Bust of a Young Man in unglazed terracotta by Luca della Robbia from around 1460, and a nativity scene, painted on a panel by the Master of the Saint Lambrecht Votive Panel (c. 1430), that was strongly influenced by the Bohemian strain of international Gothic.

It should be said that many of the works, perhaps the preponderance, are not really medieval, revealing as they do the unmistakable if still tentative intrusion of the Renaissance spirit into a largely Gothic context. Examples of this influence are a fine stained-glass depiction of Saints Margaret and Elizabeth Presenting a Female Donor from around 1525, and Simon Bening’s roughly contemporary Imhof Prayerbook.

Even more surprising, perhaps, than finding such fine and rarefied objects on West 24th street was the number of visitors who had shown up to see them, as well as the fact that, in the hushed reverence of their inspection, they seemed to appreciate the elevated quality of the works on view.