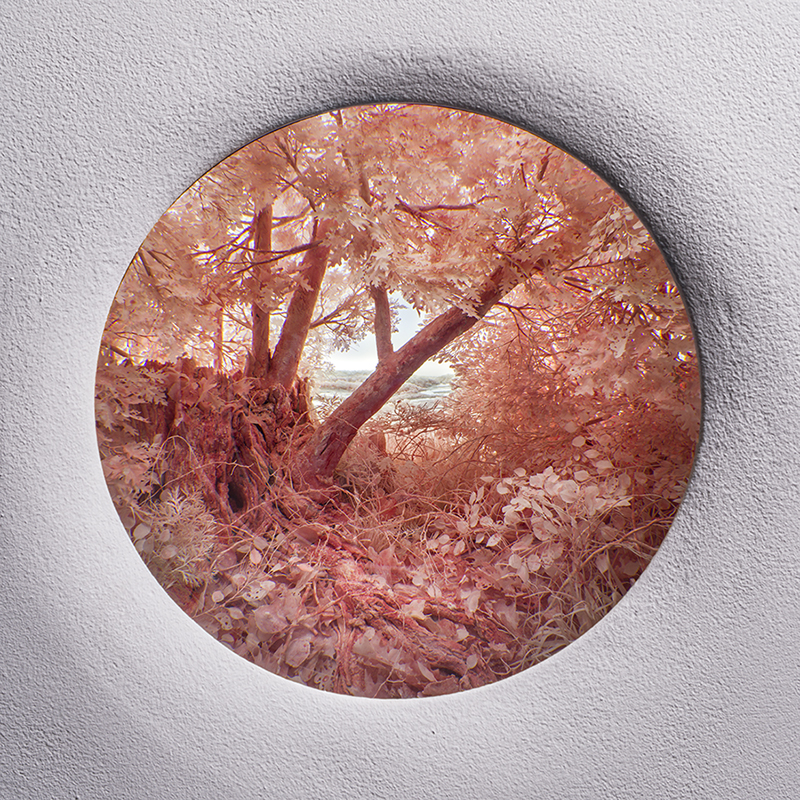 The broad waters and dramatic landscapes of the Hudson River valley are a fulcrum of art, industrialization, and ecology. A primary artery of settler colonialism, and by the nineteenth century a waterborne highway for timber, iron and foodstuffs, the Hudson has remained a distinctive ecosystem, as beautiful as it is threatened by humankind’s activities. The resurgence of ecological conservation in the area has occurred coevally with a reassessment of the two artists most closely identified with the so-called Hudson River school – Thomas Cole, who lived in the town of Catskill, and Frederic Church, who settled just across the river at his estate.

In recent decades, enthusiasts have rescued the homes of both artists, restoring them to former glory. Cole’s modest farmhouse, Cedar Grove, and Church’s orientalist extravaganza, Olana, are now thriving museums with vibrant temporary exhibition programs. Since 2019 they have been linked physically by the Hudson River Skywalk, a spectacular pedestrian connection that crosses the Rip Van Winkle Bridge offering a personal experience of the American sublime.

The current, enterprising exhibition at both sites, entitled Cross Pollination—and mounted in conjunction with the Crystal Bridges Museum of American Art in Bentonville, Arkansas, to which the show will later travel—explores a cluster of generative themes linking the preoccupations of Cole, Church, and other artists and thinkers of their era with the work of artists in our contemporary moment. Ecological concerns form a substantive thematic through-line, uniting an eclectic, sometimes even eccentric, group of artworks into a coherent whole. The cross-pollinations alluded to in the title lie between past and present, North and South, and between art and science. These expansive, global themes are addressed with remarkable aplomb in the modestly proportioned, but numinous, historic spaces of Olana and the Thomas Cole National Historic Site.

At the heart of the exhibition lie works whose subjects dwell a continent to the south of the State of New York – but which, alone, are worth a trip up the Hudson. Martin Johnson Heade, diffident painter of the brackish marshlands of Massachusetts, shared a Manhattan studio with Frederic Church. The two were close, enjoying practical jokes and playing out a jokey bromance in letters when separately travelling–which they often did. Church had visited the Andes in the 1850s (a superb South American Landscape (Fig. 2)from 1857 is on show at Olana) and continued his global peregrinations for decades. In the middle of the Civil War, Heade set off for Brazil, with a particular mission to see those “winged jewels”—the brightly colored hummingbirds of South America; pollinators of extraordinary delicacy and beauty. A breathtaking selection of sixteen paintings from the series now known as Gems of Brazil reveals Heade’s daunting expertise as a painter of birds. A Humboldtian analyst of their biology and behavior, he was at the same time awed by the magic of these tiny creatures. He depicted them in close focus, perched on arabesques of vine against a misty tropical backdrop (Fig. 1).

Responding to Heade’s work today, the Brazilian-born artist Vik Muniz, whose richly-layered work often repurposes everyday materials to aesthetic ends, has created a series of exuberant photographic works. In the hands of Muniz, Heade’s motifs of hummingbird and orchid explode in a cacophony of fragments, suggesting both nature’s untrammeled energies and the multifarious popular culture of modern-day Brazil. Demonstrating considerable verve, the curators have installed Muniz’s work above one of Olana’s ornate mantelpieces, allowing its post-modern baroque sensibility to cross-pollinate, perhaps irradiate, the already exotically patterned interior (Fig. 3).

The artistic colonization of the Hudson can in large measure be attributed to Thomas Cole, who knew from his childhood in the north of England both the beauty of landscape and the terrible effects of untrammeled industrialization. His passion for the beauty of trees was matched by the depth of his melancholy when “copper hearted barbarians” cut them down to make way for the railroad. Important examples of his work enhance the exhibition. It is a set of reverential drawings of flowers by his daughter Emily Cole, however, that best captures the nineteenth century’s fascinated love of nature. John Ruskin would surely have commended Emily’s drawing Ladyslipper (Fig. 4), perhaps before enjoying a cup of Earl Grey from the tea service she lovingly decorated with botanically accurate floral designs, a charming addition to the exhibition. Back at Olana, the contribution of the famous painter’s daughter Isabelle Charlotte Church, known as ‘Downie’, likewise an ardent botanical watercolorist, is recognized.

A pleasing diversity of media characterizes the contemporary contributions—from photography and sculptural ceramics, to a living herbarium specially created by Paula Hayes. Most gripping, however, is Patrick Jacobs’s Pink Forest with Stump (Fig. 5), shown at the Thomas Cole Site. Nothing could be more modern than the list of materials from which it is fashioned: styrene, acrylic, polyurathene foam… and yet this mysterious work, glimpsed through a porthole set flush with the wall, offers brief, magical access to a Victorian fairy kingdom, as seen in the meticulously detailed, but surreally imagined paintings of John Anster Fitzgerald and Richard Dadd. We look at quotidian scenery, represented in a monochrome made from contrasting intensities of the color pink. Before us through the looking glass are a hedgerow and trees, a distant river, conjured up in three dimensions as if viewed through a stereoscope from the age of Heade and Church. A mysterious luminosity greets the eye and, like an early Daguerreotype, the composition seems to conduct an inventory of every leaf and branch. All is not well, however, in paradise. As with the Victorian fairy world, we may imagine epistemic and even physical violence taking place here, as it did in Alice’s Wonderland. The visual revelation is as close to the sinister scopophilia of Duchamp’s Étant Donnés (that dark masterpiece in the Philadelphia Museum of Art) as it is to the Ruskinian revelations of Heade and Church.

Cross Pollination is an enterprising endeavor that makes for a thrilling visit to the region, filled with insights running back and forth between past and present. The two-site show opens up multiple perspectives on the relationship between human beings and the environment, offering salutary warnings but delivering also many moments of hope and delight. Above all, though, it puts paid to the notion of the Hudson River school as a provincial endeavor. The nickname (which, perhaps, it is time to ditch altogether) was originally intended as a slur—another one, which didn’t catch on, was “the Fogey School”—put about by young wags of the 1870s who thought themselves more international because some of them had trained in Paris. Cross Pollination reveals that, just as Cole’s work resonated across an Atlantic interculture, Heade and Church, like their successors today, were internationalist artists, whose cultural cross-pollination of art and science was of hemispheric, even global, amplitude, generosity, and relevance.

Cross Pollination will be on view at the Olana State Historic Site in Hudson, New York and the Thomas Cole National Historic Site in Catskill, New York to October 31. The exhibition will subsequently travel to the Crystal Bridges Museum of American Art in Bentonville, Arkansas.

Tim Barringer is the Paul Mellon Professor of the History of Art at Yale University.