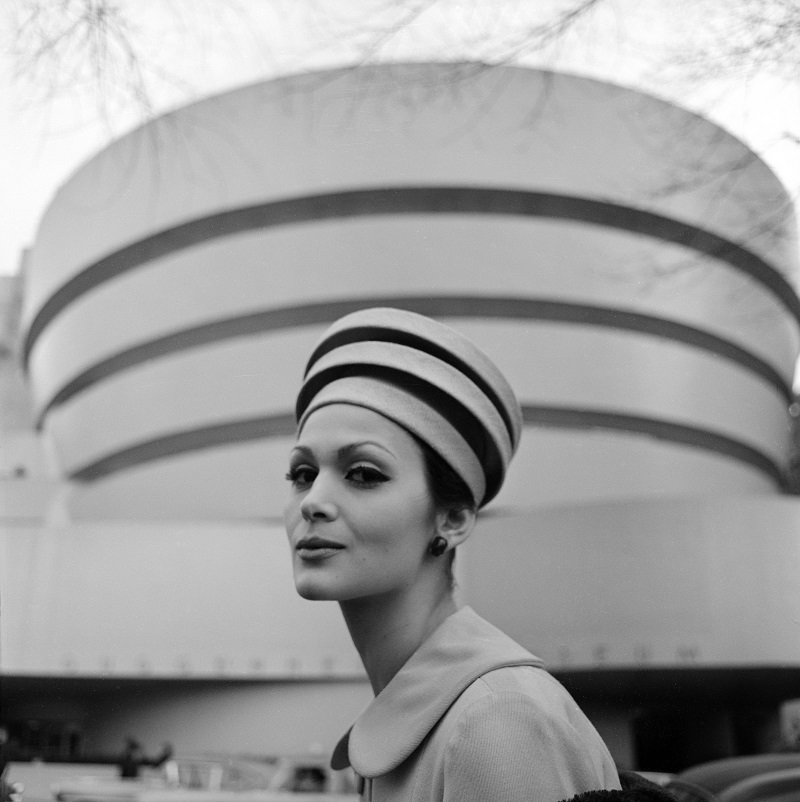 The Library of Congress has a lot of photographs. More than 14 million, in fact. To select the images that appear in the exhibition Not an Ostrich: And Other Images from America’s Library, on view this summer at the Annenberg Space for Photography in Los Angeles, Anne Wilkes Tucker, the show’s organizer and a respected photography curator long affiliated with the Museum of Fine Arts, Houston, sifted through her fair share. “The library guessed that we looked at about a million, which we whittled down to four thousand, and then to the 440 in the show,” she says. “For about a year and a half, I spent a week to two weeks most months at the library.”

For Women Only —- Architectural Hats by Tony Vaccaro, 1960. Library of Congress, Prints and Photographs Division.

Tucker, whom Time magazine once described as America’s best curator, was given carte blanche to choose images for the show, which primarily considers uncatalogued photos—that is, those that hadn’t already appeared on the LOC’s website. Library staffers brought her a dizzying number of boxes. “I never knew what I was going to get,” she says. “But they were very kind to me. On the day that I did the NAACP archive—which was very tough; a lot of brutal photographs of brutal events—in the afternoon they brought me Mack Sennett photographs so I could laugh.” 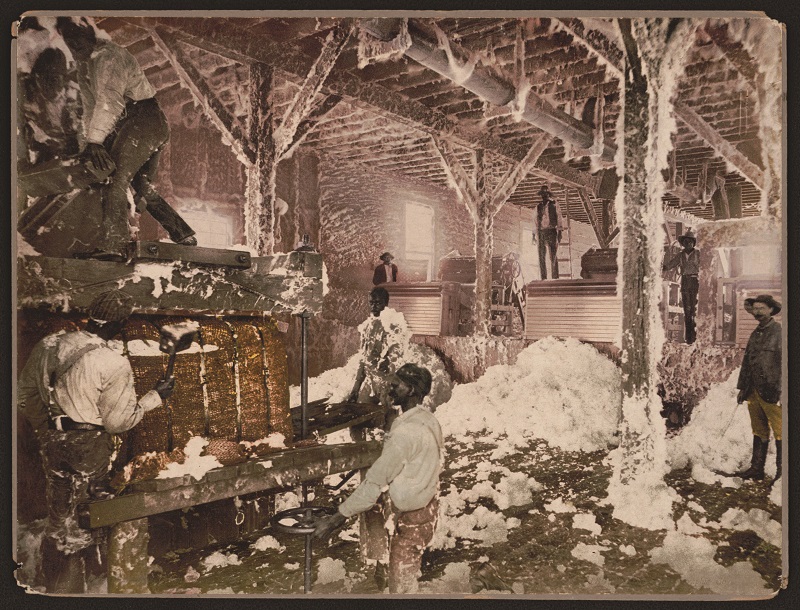 Her selections hinged on a key criterion, Tucker says: “I had to remember the picture.” The most memorable images ranged from documents of bygone glitterati—Greta Garbo, Houdini bound in chains, Ava Gardner and Frank Sinatra racing away from LAX, and John Lennon caught in an intimate moment at Yoko Ono’s hospital bedside—to the historical, including a Harriet Tubman carte de visite, Alexander Graham Bell with his telephone, and the earliest extant US selfie. And then there is the downright absurd, such as a surprisingly dignified feline Brünnhilde, and, of course, the fluffy goose that gave the show its title. 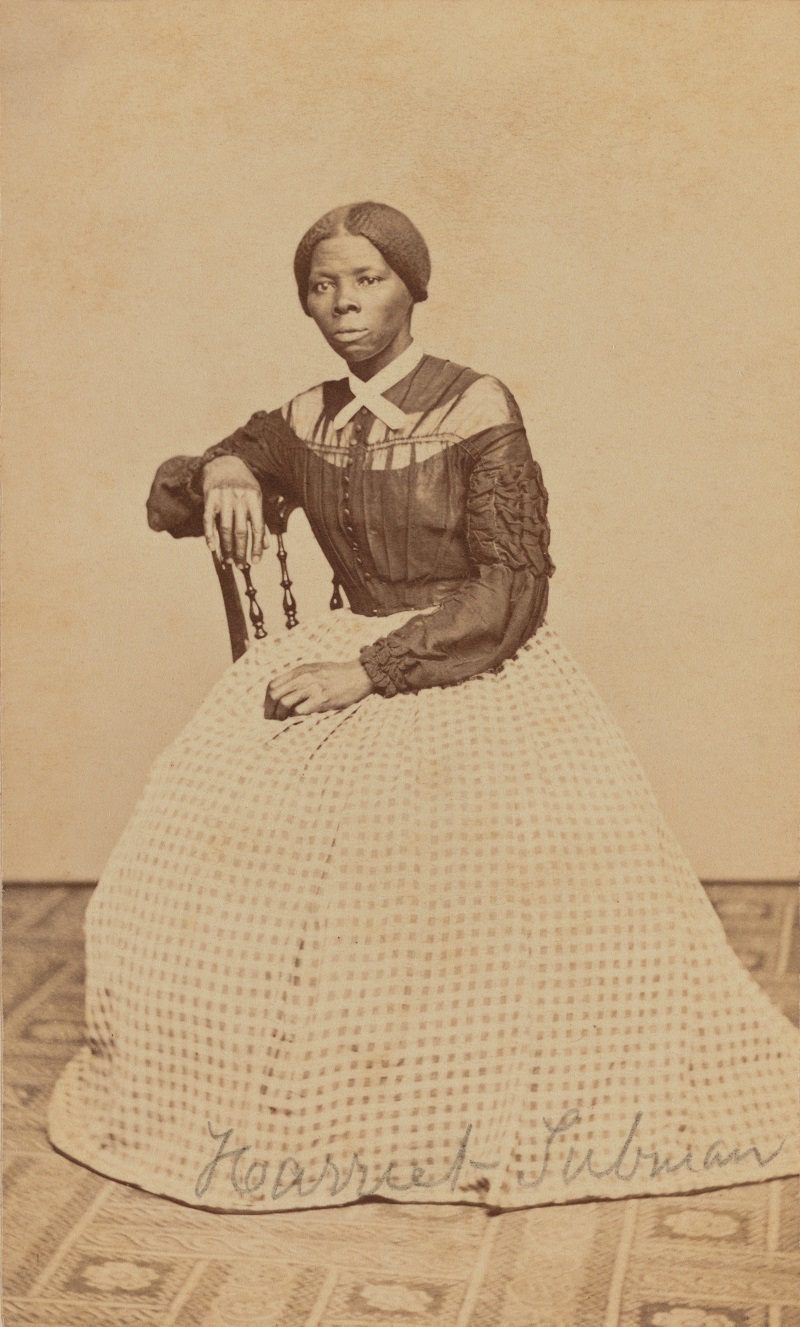 “I specifically went for pictures that I thought might make people laugh,” Tucker says, adding that “the important issues” are represented, too. A 1905 photo of a Ku Klux Klan rally a few miles from Washington and images from the Great Galveston Hurricane of 1900 have resonance, she says, in light of contemporary events such as white nationalist marches and Hurricane Harvey. The exhibition, Tucker says, “is also subtly about how history repeats itself.” 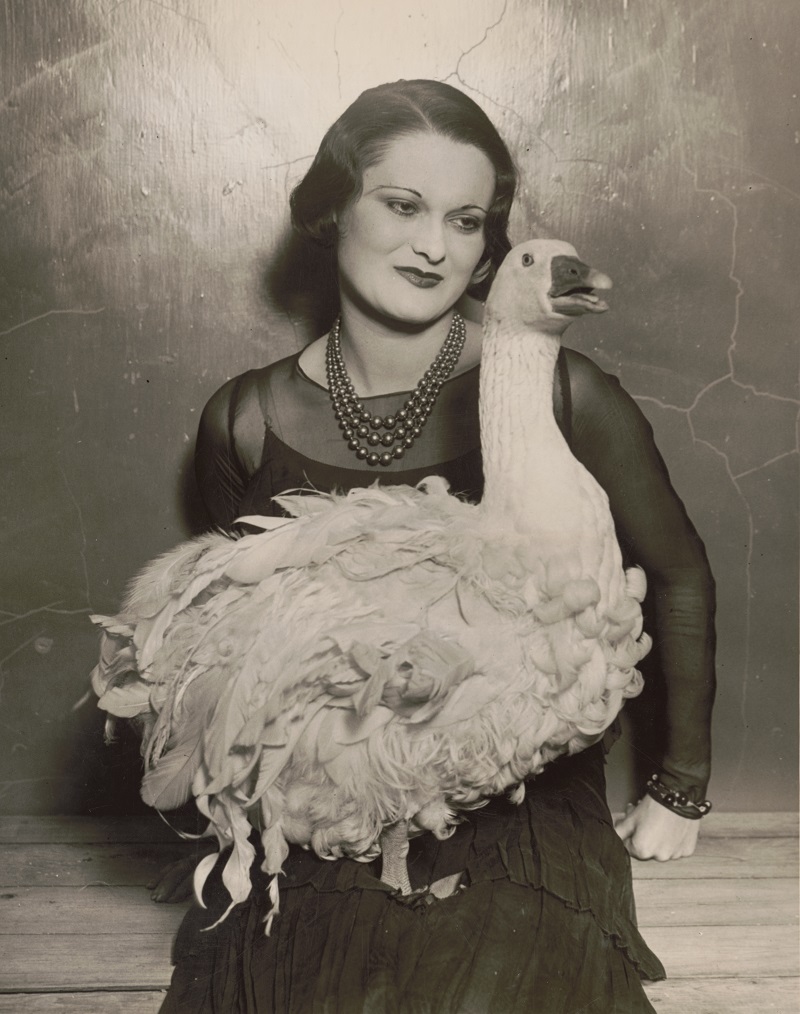 Not an ostrich but the oddly plumed: ‘Floradora goose’ . . . photograph, 1930. Library of Congress, Washington DC, Prints and Photographs Division.

Due to space limitations at the Annenberg, the bulk of the photos will be displayed on nine extra-large flat screens, each dedicated to a particular category such as “Portraiture” or “Arts, Culture & Sports.” An unabashedly subjective survey of US history such as this show represents seems like a fraught prospect, vulnerable to accusations of bias or myopia. Tucker, however, hopes she’s done the LOC—and viewers—justice, by bringing to light “this incredible depth of moments . . . that embody what America was like in each decade of its existence since the invention of photography.”

Not an Ostrich: And Other Images from America’s Library • Annenberg Space for Photography, Los Angeles • to September 9 • annenbergphotospace.org