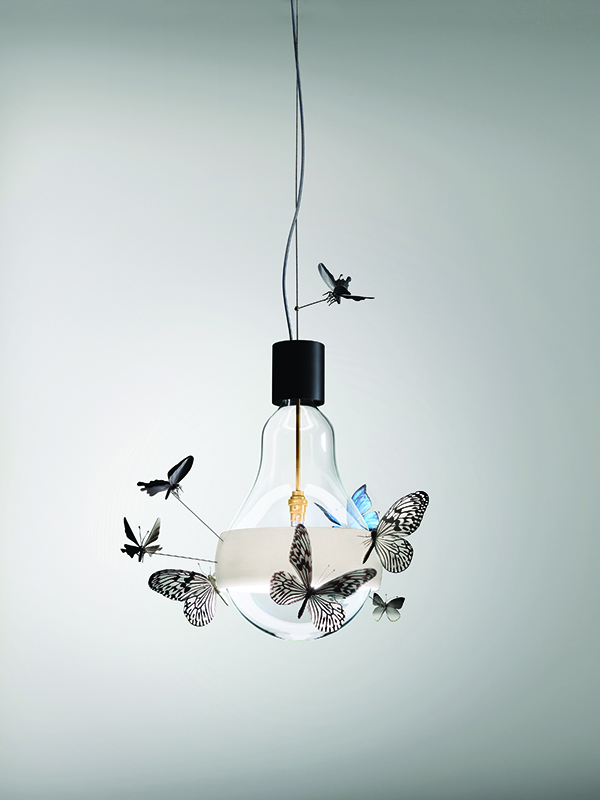 Though we traffic here mainly in art and objects from times long past, any lover of design will mourn the loss of a person as witty and imaginative as Ingo Maurer, the German lighting designer who died last week at the age of 87. Maurer grew up in southern Germany during the Nazi era, where he was forced to drop out of school as a teenager to help support his family, finding work as a typographer and graphic designer. After stints at IBM and Kaiser Aluminum during a three-year stay in the United States, Maurer returned to Germany and established his own industrial design company, Design M, later Ingo Maurer GmbH, in 1963 in Munich. From the beginning he steered away from the austere modernism that had dominated the field in the first half of the twentieth century toward something closer to the sensibilities of pop and conceptual art. His Bulb lamp, a blown glass form that takes the shape of a monumentalized incandescent lightbulb (1966) gained him an instant following in the design world, and he followed up that success with lamps shaped like broken eggs, shattered plates, and orchids, or swarming with plastic insects. A stylistic innovator, he was also a technological one, introducing the first low-voltage lighting system and pioneering the adoption of LEDs and OLEDs by lighting designers. “It’s important to feel where the grass grows, and to have your mind and your heart open,” Maurer told Azure magazine last year. “Risk is important as well, in all areas of life. And always be honest with yourself—be the one you are, or discover yourself.”