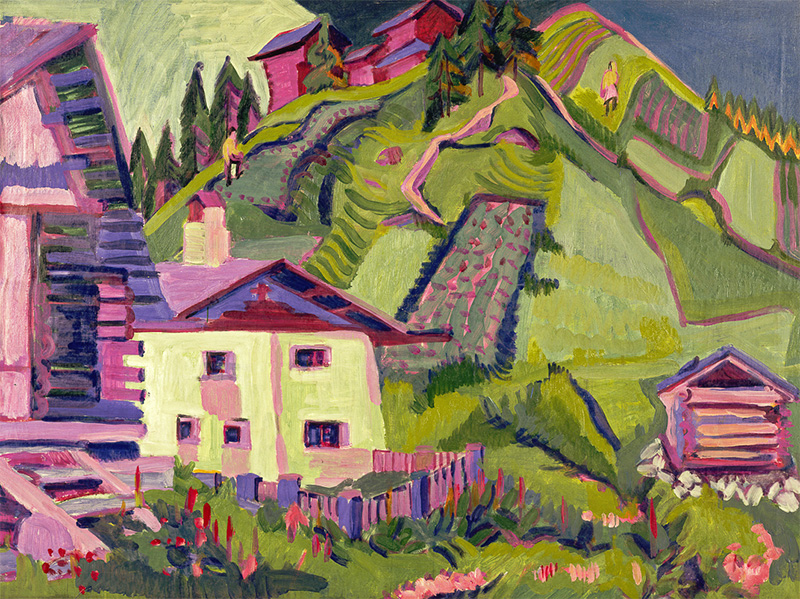 The first retrospective of the work of German expressionist Ernst Ludwig Kirchner in sixteen years is on view at the Neue Galerie in New York this fall. Whereas previous exhibitions have emphasized the artist’s themes—street scenes and the seamy side of the cities he lived in were two of his favorite subjects—here, the focus is color.

“He called himself a ‘color man’—a Farbenmensch,” says Jill Lloyd, who curated the show with Janis Staggs. During his relatively brief career (he was active for only about thirty years), Kirchner completed more than a thousand paintings, his facture evolving from a thick and laboriously applied impasto to thin coats of heavily diluted paint applied in vigorous, slashing strokes, patches of unvarnished canvas showing through the brushwork. Blues, purples, greens, and yellows predominate, Kirchner’s vivid palette informed by the color theories of Goethe and reflecting the sickly glow of modern life as he saw it.

Probably the most impressive aspect of the show, which includes more than ninety works, is the way it reveals the tectonic shift in the artist’s style that followed a mental breakdown. He spent an extended convalescence in Switzerland during the interwar years, and an entire room is devoted to his so-called “tapestry-style” paintings of the period, which share the space with monumental textile works he designed at the same time. Kirchner’s domesticated Swiss Alps, dotted with cottages and covered with a patchwork of farmers’ fields, are a far cry from Turner’s, but glow with a sublime energy all their own.