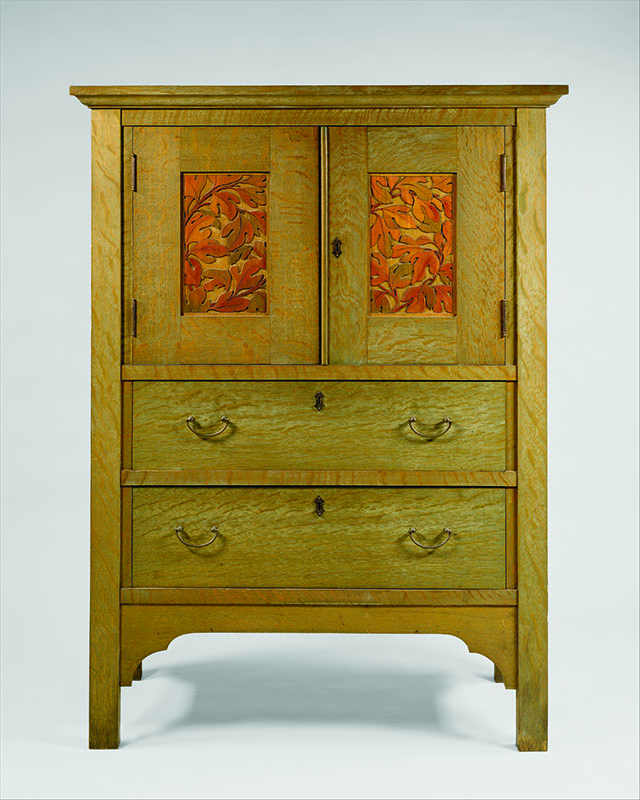 The idealism that sparked the arts and crafts movement born in the late nineteenth century prompted many utopian attempts at communal living and making. Byrdcliffe, the Catskills artists’ colony in Woodstock, New York, founded in 1902, was one of the most quixotic.

Inspired by John Ruskin and William Morris, Ralph Radcliffe Whitehead, the son of a wealthy British textile mill owner, and his American wife, Jane Byrd McCall, had been trying to establish a self-sustaining artists’ community for years. But by the early 1900s they only had two failures to show for it, one in California, the other in Oregon. They persisted. In 1902 Ralph Whitehead was touring New York State, already home to Elbert Hubbard’s Roycroft and Gustav Stickley’s Craftsman Workshops, and was shown a boulder-strewn, fifteen hundred–acre site at the foot of Mount Guardian in the Catskills. He found it enchanting and purchased the land.

Whitehead built cottages, along with a pottery, an art studio, a dairy, and a library. He invited a diverse group of painters, furniture makers, ceramists, and textile artisans to Byrdcliffe. Self-sufficiency being the goal, much effort was expended on outfitting a woodshop, the output of which, it was hoped, could be sold at shops in New York City. “It is our intention to make furniture of a simple kind, which shall be good in proportion, and to which distinction may be given by the application of color and of carving by artists’ hands,” Whitehead wrote in Handicraft in 1903.

The shape and style of Byrdcliffe furniture was much like the arts and crafts furniture produced in England, with variations. Like their counterparts overseas, Byrdcliffe designers used local materials and derived inspiration from native flora. What might have been built from oak or yew in England became walnut or cherry at Byrdcliffe; carved thistles in Glasgow became, in the Catskills, chestnut leaves. A pale green linen chest in the collection of the Metropolitan Museum of Art sums up the high-design aspirations and down-to-earth practicality of the Byrdcliffe style: it is boxy, yet elegant, with door faces charmingly inset with carved and stained sassafras leaves designed by Edna Walker, one of the most notable artists at Byrdcliffe. Another example, a simple chair with leath-er upholstery, bears a charming depiction of a lily on its splat, designed and painted by Zulma Steele. The latter is among the furniture, pottery, and drawings in the exhibition Byrdcliffe: Creativity and Creation, organized by the Milwaukee Art Museum.

Byrdcliffe did not last long as a commercial ven-ture—the furniture proved too costly and Ralph Whitehead’s autocratic ways alienated many artisans. But it continued as a creative enclave, with artists as various as Milton Avery and Bob Dylan renting cot-tages there over the decades. Byrdcliffe stayed in the Whitehead family until 1976, and is now operated by the Woodstock Byrdcliffe Guild, and continues to draw artists and artisans to the area.

Byrdcliffe: Creativity and Creation was originally scheduled to run to June 21 at the Milwaukee Art Museum • mam.org