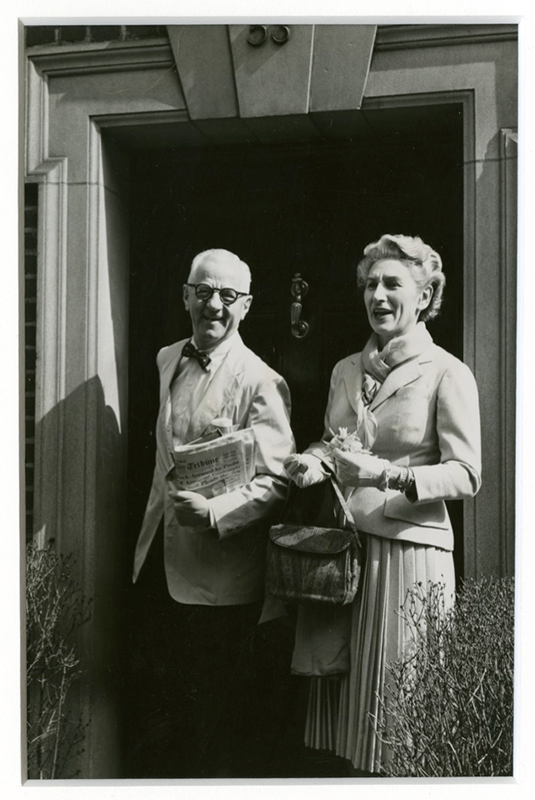 The Smithsonian Institution’s Archives of American Art include an engaging 1978 interview with Alice Manheim Kaplan, a prominent New York-based figure in the cultural world of the 1960’s and beyond who served as president of the American Federation of Arts and as a board member of the Whitney Museum and the American Folk Art Museum, among other posts. Known for her extraordinary eye, Kaplan described herself in the interview as an “accumulator” of art—rather than as a collector who worked with intention and a logical plan. Her interests ranged widely, from works by the itinerant early American portrait artist Ammi Phillips to African art to the drawings of the Austrian modernist Egon Schiele.

Kaplan also “loved and collected the illustrated book as a work of art in itself and an essential document of a civilized society.”  That language comes from the description of the Alice Award, an annual prize for illustrated books given by the Furthermore publishing grants program of the J.M. Kaplan Fund philanthropy. The award—$25,000 goes to the winner and $5,000 each to two runners-up—was established in 2013 by Kaplan’s daughter Joan K. Davidson, a former New York state parks commissioner and herself a noted patron of the arts. “I wanted to honor my mother, who so loved accumulating and enjoying her illustrated books—scattered throughout her New York apartment and Long Island house—and sometimes, her friends’ and children’s living places, too,” says Davidson. “I had come to understand how expensive it was to produce illustrated books, the kind that couldn’t, or shouldn’t, be translated online. I decided to set aside a special pocket of Kaplan Fund resources to devote entirely to encourage and help the continued publication of illustrated books—partly but not necessarily in the arts—as it became harder and harder for publishers, however well-intentioned, to manage.”

Past winners of the Alice have included Kentucky by Design: The Decorative Arts and American Culture (2016), Charles Percier: Architecture and Design in an Age of Revolutions (2017), and Visual Voyages: Images of Latin American Nature from Columbus to Darwin (2018). This year’s award was presented late last month at, as always, the rare books department of the Strand Bookstore—along with the Grolier Club, the New York Society Library, and the Mysterious Bookshop one of the last cozy refuges for bibliophiles in the city. The winner was Southbound: Photographs of and about the New South, edited by Mark Sloan and Mark Long and published by the Halsey Institute of Contemporary Art of the College of Charleston.

The book is a catalogue for a traveling exhibition that presents the work of fifty-six photographers whose work offers a vivid portrait of the diverse social culture of the American South today. The show is currently on view in a joint presentation at the Gregg Museum of North Carolina State University and the Power Plant Gallery at Duke University until the end of December.