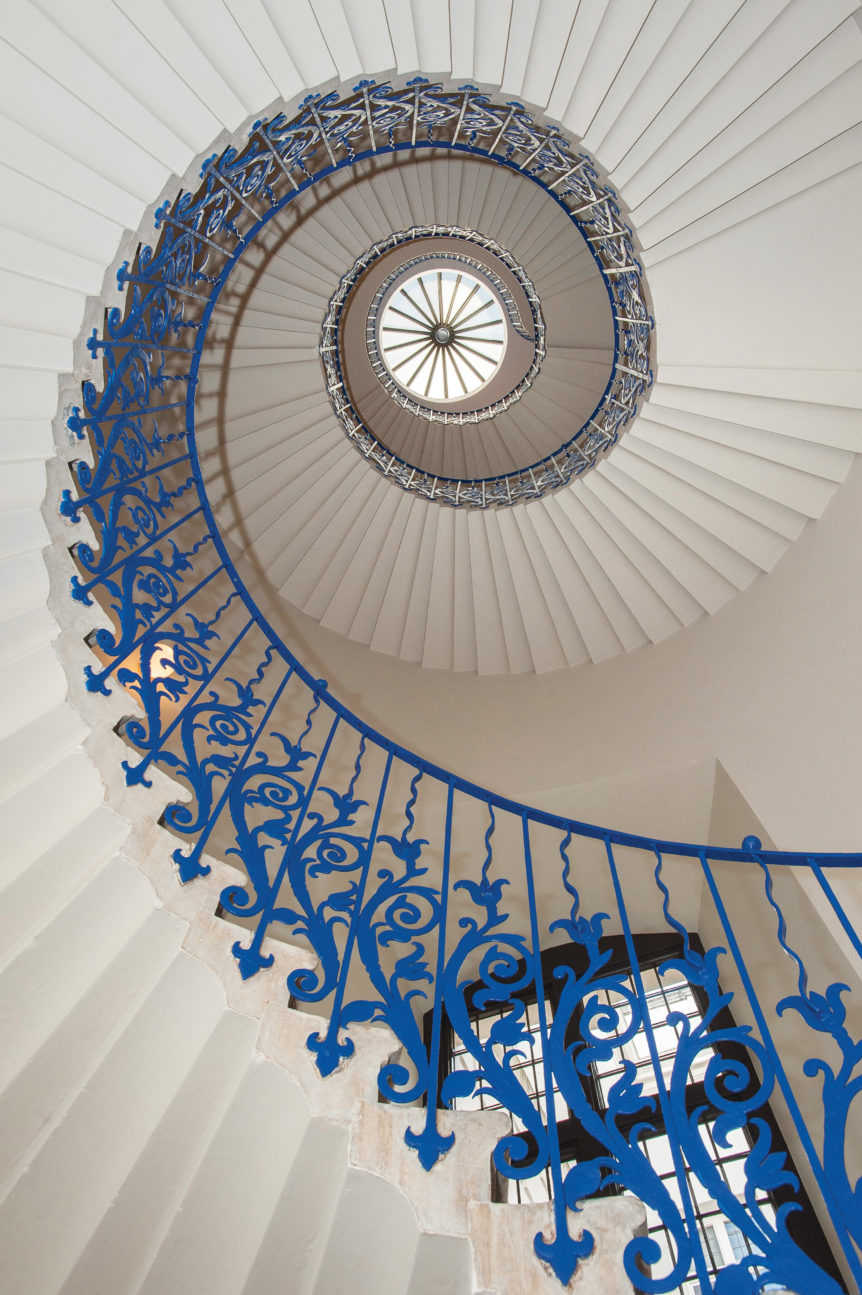 Fig. 1. Anne of Denmark, wife of James I, commissioned Jones to design the Queen’s House in 1616. Except as noted, images are © National Maritime Museum, London.

Given that the sixty-four-year reign of Elizabeth II has exceeded that of any other British sovereign, it’s understandable that to many Brits as well as Yanks the phrase “the Queen’s house” means Buckingham Palace. Indeed, when in 1761 young George III purchased the much smaller Buckingham House on the present site, he intended to continue holding court in the traditional state rooms at nearby St. James’s Palace, and to maintain his new dwelling as a private “retreat not a palace.”1 He called it informally “the Queen’s house” to honor his bride, Charlotte of Mecklenburg-Strelitz, and to emphasize its domestic purpose. Gradually over George’s long reign and those of his sons and their successors, Buckingham House expanded into the familiar palace, whose dignified frontage dates only to 1913.2

But before George III, and long since, “the Queen’s House” has meant a building much older than that family retreat at the edge of St. James’s Park, and, in terms of British architectural history, much more significant. Now surrounded by the verdure of Royal Park, Greenwich, the Queen’s House was designed in 1616 for Anne of Denmark, queen consort to James I, by the ingenious architect Inigo Jones. To eyes long accustomed to eighteenth- to early twentieth-century British neoclassical architecture, this understated white villa hardly seems cutting edge. But when first built, its restrained Palladian classicism presented a truly radical departure from the Gothic brick and stone of late medieval Tudor architecture.

This past October, the Queen’s House reopened after a fourteen-month closure for extensive conservation. The result is a triumph. Beautiful in their own right, the restored interiors—decorated in a new and extensively researched color scheme— provide sumptuous backdrops for a new display of several hundred paintings and works of art from the Royal Museums Greenwich, together with important loans from other British collections.

Jones had spent time in Italy around 1600. On his return to England, he designed costumes and sets for a Stuart court masque (a lavish proto-operatic entertainment combining poetry, drama, music, and dance). With its success Jones became the royal family’s favorite theatrical designer. After he was appointed surveyor (i.e., architect) to James I in 1613, Jones returned to Italy. His copious sketchbooks record his serious study of Italian architecture, while his annotated copy of Andrea Palladio’s The Four Books of Architecture (1570) attests to the architectural ideal that he brought back to England and his king.

The king—Scotland’s James VI since infancy and simultaneously England’s James I since 1603 (the two crowns were not united until 1707)—was highly educated but conversed in a loud stream of profanity. Bandy-legged, paunchy, and further padded against assassins’ daggers, he preferred male company to that of women. Hence his marriage to the Danish princess Anne in 1589 proved more a dynastic obligation than a connubial pleasure. In 1616 Anne commissioned Jones to design the Queen’s House as a country retreat, on a site behind Henry VIII’s former Palace of Placentia (now replaced by Sir Christopher Wren’s Old Royal Naval College). Bisected by Dover Road, it was an odd choice for property. Yet Jones forged ahead, initially designing the house as two rectangular blocks flanking the road and connected by a bridge on the upper floor. When Anne took ill two years later, work stopped. After she died in 1619, the house stood incomplete until the ascension of her son, Charles I, in 1625.

Charles and his French-born queen, Henrietta Maria, were both connoisseurs whose expensive tastes would soon cause trouble with Parliament. The queen ordered construction of the house to resume. But work proceeded so slowly that the royal pair could occupy it for only four years before the Civil War. They spent their last night together there in February 1642 before parting—the queen to the Continent, the king to battle.

Compared to busy Tudor architecture—with its complex brickwork, stone trim, pitched roofs, pointed arches, mullioned, oriel, and bay windows of leaded glass, its turrets, towers, gargoyles, grotesques, and above all, its asymmetrical massing—the calm symmetry of Jones’s Queen’s House was a complete novelty. A balanced arrangement of rectangles forms its two stories, the ground floor faced in rusticated stone, the upper story plain, the flat roofline enriched by a balustrade. Apart from
simple sash windows, with panes set in a grid of muntins, the only articulation of each frontage is a shallow jutting central bay.

Because the ground slopes downward to the north, the northern facade is raised on a balustraded terrace formed by the exposed half-story basement. Therefore, visitors approaching from the Thames side are greeted by Jones’s baroque flourish of twin curving staircases to the main-floor entrance. Almost invisibly, the lower-story windows are topped with subtle flat arches worked into the rusticated stone facing.

The upper floor of the south bay, overlooking the rise of Royal Greenwich Park, forms a recessed gallery behind six Ionic columns whose smooth shafts complement the facing of the upper story. Columns, balusters, and simple moldings around the windows constitute the only surface ornaments, the proportion of every feature precisely calculated to achieve the dignified harmony that was Jones’s ideal. As he wrote in 1614, “Ye outward ornaments ought to be solid, proporsional [sic] according to the rules; masculine and unaffected.”3

Unlike dark Tudor interiors, those in the Queen’s House were designed to dazzle the eye with daylight pouring through the tall windows. Arranged in perfect symmetry, they offered Jones a scope for refined Italianate ornamentation, notably in the Great Hall—a forty-foot cube where the gleaming swirl of Nicholas Stone’s black and white marble floor plays off carved and gilded woodwork on the ceiling and gallery.

For that ceiling, divided into nine coffers, Queen Henrietta commissioned Orazio Gentileschi to paint a set of panels, collectively entitled Allegory of Peace and the Arts under the English Crown (Fig. 4). Exemplifying Gentileschi’s painterly lyricism, they remained in place only from 1639 to 1708, when they were removed by Charles I’s granddaughter, Queen Anne (the last Stuart sovereign, and first sovereign of Great Britain), and presented as a sumptuous housewarming gift to her favorite at court, Sarah Churchill, Duchess of Marlborough. The paintings were resized to fit a smaller ceiling in the duchess’s new London residence, Marlborough House, in Pall Mall.

Fig. 4. Allegory of Peace and the Arts under the English Crown by Gentileschi (1563-1639), the original ceiling of the Great Hall commissioned by Charles I and his wife, Henrietta Maria, and now in Marlborough House. Royal Collection Trust, © Her Majesty Queen Elizabeth II 2017.

As part of the restoration, Turner Prize– laureate Richard Wright was commissioned to design a new ceiling. With the characteristic subtlety of his artwork, the painter created a gold-leaf design, adapting motifs from the surrounding woodwork and from the elegant wrought-iron leaves, scrolls, and tulip heads embellishing Jones’s cantilevered Tulip Stairs (the first spiral staircase in Britain constructed without a central support). Wright’s design extends partway down the upper walls, forming a graceful frieze around the Hall. Elegantly postmodern, its vivacious patterning contributes to the Great Hall’s spare opulence without intruding on its architectural nobility.

Fig. 5. Leaves, scrolls, and flowers decorate the Tulip Stairs of the Queen’s House, Greenwich, England, which has recently been restored. Inigo Jones’s wrought-iron spiral staircase was the first built in Britain without a central support.

The Queen’s Presence Chamber retains a period— though unattributed—painted ceiling entitled Aurora Dispersing the Shades of Night. While standing beneath it, the rich golden light behind its airborne figures reminded me of Guido Reni’s 1614 ceiling fresco Aurora in the Palazzo Pallavicini-Rospigliosi in Rome. The eminent architectural historian Gordon Higgott and his associate A. V. Grimstone are currently researching the ceiling, and their concurrent research on the painter Edward Pearce the Elder (1598–1658) points to his having played a leading role in its design and execution. Higgott notes that, “as there are no building accounts for the completion and internal fitting out of the Queen’s House in the 1630s, the ceiling is undocumented. There is, however, a reference to it being finished in July 1639, and it was probably in hand by March 1637, when Queen Henrietta approached Guido Reni for a ceiling painting on the theme of Bacchus and Ariadne.”4

Apart from ceiling paintings, the restored Queen’s House contains an exceptional collection of art treasures, among them Armada Portrait of Elizabeth I (Fig. 6), purchased for the national collection through a public fund-raising campaign—and currently undergoing conservation. On loan from the Royal Collections Trust and back in the house for the first time since 1650 is Gentileschi’s Joseph and Potiphar’s Wife (c. 1630–1633), from a sequence of pictures commissioned by Henrietta Maria and Charles I.

All told, there are 457 works on display at the Queen’s House, including paintings, drawings, prints, astrolabes, armillary spheres, and other objects. Maritime-themed canvases and royal portraits from the Royal Museums Greenwich include superb works by Canaletto, William Hogarth, Peter Lely, Peter Paul Rubens, Joshua Reynolds, and George Stubbs. For example, one can view the younger William van de Velde’s A Mediterranean Brigantine Drifting onto a Rocky Coast in a Storm (Fig. 7) as a dramatic foreshadowing of Turner’s seascapes, or a perpetuation of the Dutch allegorical tradition depicting the ship of state in troubled waters. The emotional narrative of The Parting Cheer (1861) by Henry Nelson O’Neil vividly conveys the sorrow of families—and even pets—as loved ones emigrate, perhaps never to be seen again. Stephen Bone’s vertiginous On Board an S-Class Submarine: Up the Conning Tower (Fig. 8) documents the rigors of twentieth century naval action with a masterly eye for composition and modernist detail. Your best bet is to reserve plenty of time to absorb and consider this multifarious bounty.

Surely the spirits of Jones and the Stuarts can rejoice at their extraordinary legacy, for the happy combination of architecture, decoration, and superb art makes the Queen’s House one of London’s most inviting museums.