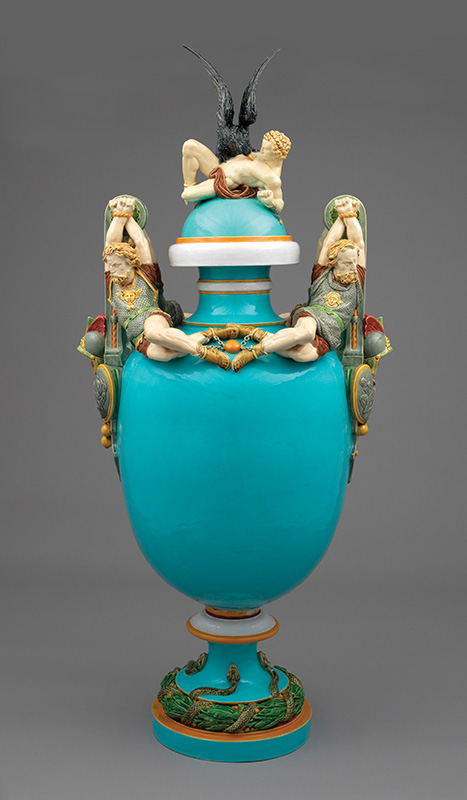 The brightly colored lead-glazed earthenware called majolica—molded into extravagant forms that could range from a nearly full-size peacock to a toby jug—has, for many, long been exhibit A in the catalogue of Victorian-era bad taste. The first major show about majolica in some forty years, which debuts at the Walters Art Museum in Baltimore and will travel to the Bard Graduate Center in New York, intends to rehabilitate the image of this class of ceramics, and give it a proper place in the modern history of the medium.

Majolica produced by the English firm Minton was tremendously popular when introduced at the Great Exhibition of 1851 in London, with public interest in its naturalistic forms fueled by the work of Charles Darwin and the opening of the London Zoo in Regent’s Park. Many of the British designers and makers of majolica would later move to the United States, sparking the growth of ceramics-making in places such as New York, New Jersey, and Ohio.

Changing times and tastes—not to mention incidences of lead poisoning among ceramics workers—brought on the decline of the majolica industry in the early decades of the twentieth century.  Yet the genre still has its steadfast admirers and collectors. So the question remains: majolica—garish or gorgeous? You decide.