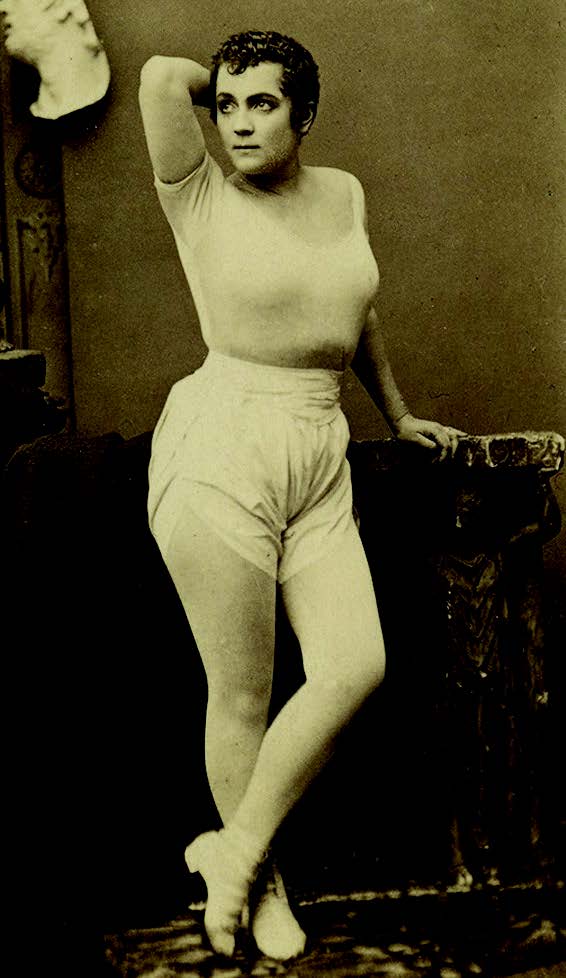 Adah Isaacs Menken in Mazeppa in a photograph by Sarony & Co., 1863. Museum of the City of New York, Harold Seton Collection, gift of Harold Seton.

Victorian-era womanhood typically conjures images of ever-decorous ladies in bustles and dainty gloves. Lesser known are the women who pushed boundaries and flouted traditional roles—some through political activism or professional pursuits, others by simply living their lives as they desired. The timely exhibition Rebel Women: Defying Victorianism, at the Museum of the City of New York, calls attention to some of the women who questioned the social norms of the day, paving their own paths. Among the fifteen featured are Dr. Susan Smith McKinney-Steward (1847–1918), the first licensed African-American female physician in New York; the trailblazing investigative journalist Nellie Bly (1864 –1922); and con artist extraordinaire Sophie Lyons. The exhibition is organized into three categories: political women, working women, and professional women. Most of the objects on view—many never displayed before—were culled from MCNY’s own collection.

They range from a corset to cartoons filled with bigoted and misogynistic caricatures, vilifying those who didn’t fulfil the paradigm of the Victorian woman. Juxtaposed are such stories as those of Hetty Green, whose business savvy made her the wealthiest woman—and one of the richest people, period—in the country, and suffragist Victoria Woodhull, who in 1872 became the first woman to run for the US presidency. In the age of #MeToo, the exhibition feels all the more relevant. As the exhibition’s curator Marcela Micucci puts it: “When it comes to regulating women’s behavior, history repeats itself.”