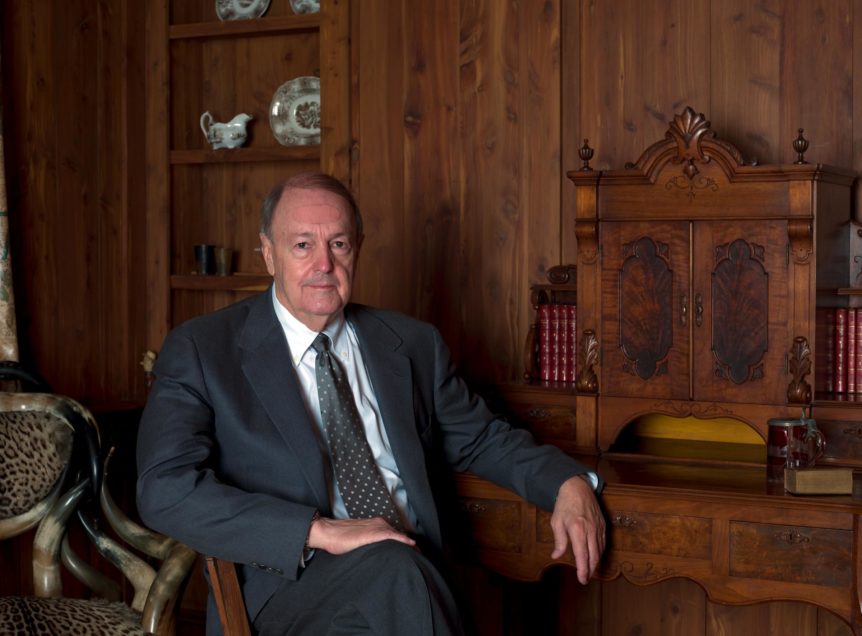 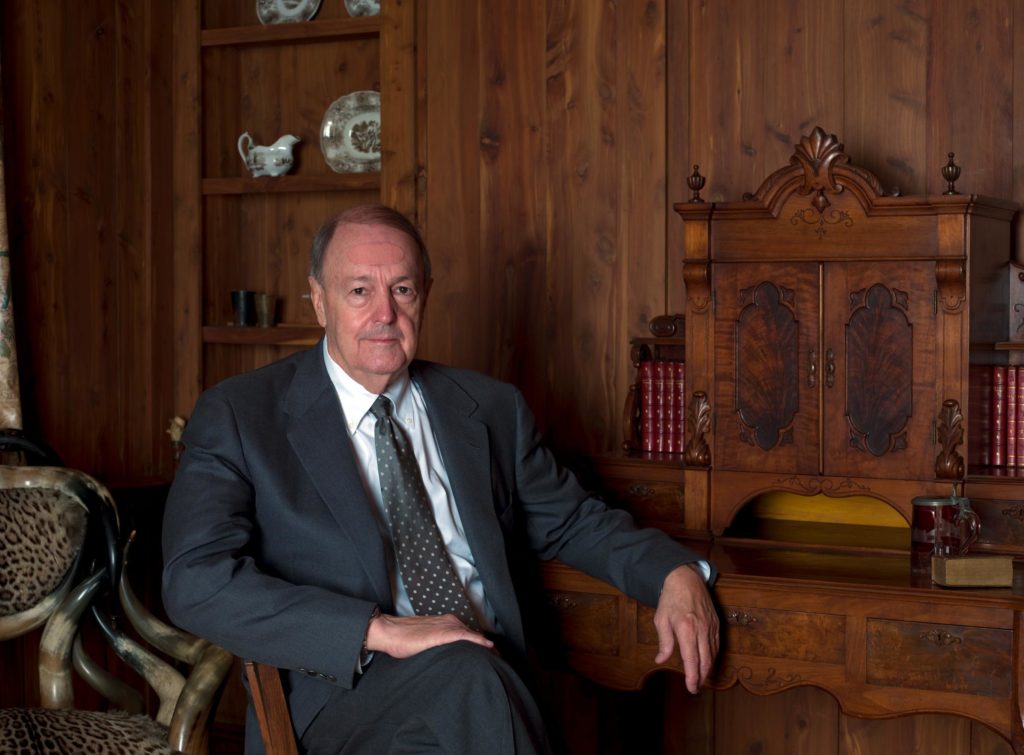 Fig. 1. William Hill at Bayou Bend Collection and Gardens. Photograph by Will Michels.

William J. Hill, fondly known to friends and acquaintances alike as Bill, was a sixth-generation Texan and a native of Houston. His city is culturally richer for his lifelong contributions to many institutions, including the Children’s Museum, the Harris County Heritage Society, Project Row Houses, the Menil Collection, and the Museum of Fine Arts, Houston.

In his professional career, Bill was an independent oil and gas operator. The name he chose for his company, Houston Oil Producing Enterprises (HOPE) was indicative of his wry sense of humor. I came to know Bill more than three decades ago when he began to be involved with the Museum of Fine Arts, and the Bayou Bend Collection. At the Museum, Bill served as a Board Member, and over the years was the donor of more than 800 works of art. For the Museum, he conceived an annual formal dinner for men, “One Great Night in November,” which since its inception thirty-five years ago has raised more than $18 million for the museum. 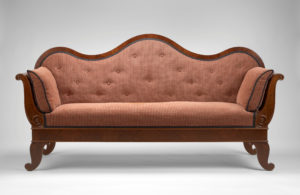 Bill was proud of his Texas heritage and was an avid collector of the arts of his beloved state. In a 2010 interview with The Magazine Antiques, Bill declined to call himself a collector, saying he was more of a “gatherer.” That, in fact, was not true. Bill was an inveterate collector, badly bitten by the collecting disease. While he collected in many areas, his main concentration was Texas. When Bill would hear by the grape vine of an estate sale in a remote rural Texas town, he would hop into his Suburban, and hie out to see what treasures he could unearth, and treasures indeed he often found. 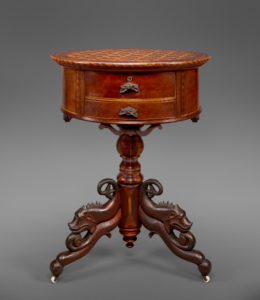 Over the years, Bayou Bend was the fortunate recipient of Texas decorative arts from Bill’s collection. In this, for Bayou Bend, he brilliantly built on the legacy of Ima Hogg, who, late in life, learned of Texas furniture and pottery, but was only able to acquire a few examples for her collection.

Bill’s keen eye, and uncanny sense of discovery led him to find, for example, a beautiful wardrobe, made by the New Braunfels master Johann Michael Jahn (Fig. 2), which was the mate to one known for many years earlier and thought to be unique. Similarly, he was able to find another Jahn masterpiece, a sofa, (Fig. 3) hidden away in an old New Braunfels house and not known to us when Lonn Taylor and I wrote our first book on Texas furniture. With his superb sleuthing skills, Bill was able to track down and acquire two important documented examples of by Texas cabinetmakers: a labeled desk by Adolph Kempen and an extraordinary drum table made of native Texas woods by William Glosnop that won first prize at the Capitol State Fair Association in 1877 (Figs. 4 and 5). Beyond furniture, Bill was a voracious, pioneering collector of salt-glaze and alkaline-glazed utilitarian pottery made in East and Central Texas, including examples made after the Civil War in the factory of a former slave, Hiram Wilson (Fig. 6). A third important area of Texana was Bill’s collection of silver, which included many works made by the San Antonio silversmith Samuel Bell (Fig. 7) 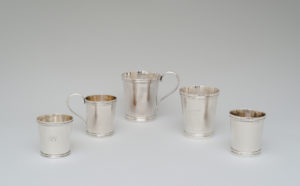 Finally, an enormously enlightened and valuable legacy of Bill’s devotion to the decorative arts of Texas was his funding of the online resource, the William J. Hill Texas Artisans and Artists Archive at Bayou Bend. Today, more than 100,000 nineteenth-century Texas craftsmen are represented.

Bill was indeed one of a kind, He will be sorely missed.

David B. Warren is founding director emeritus of the Bayou Bend Collection and Gardens of the Museum of Fine Arts, Houston.