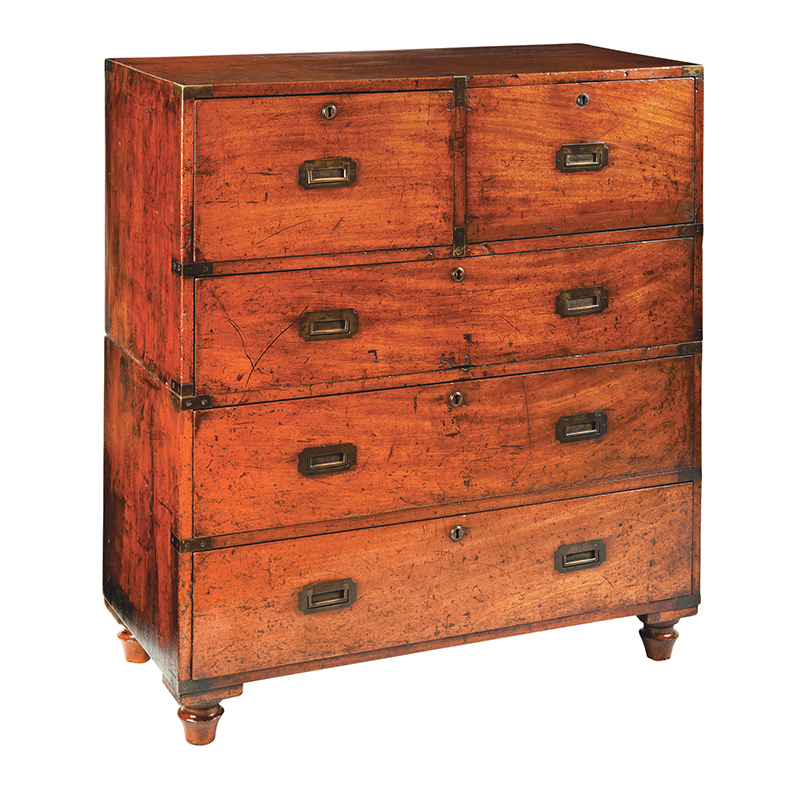 In February 1873, George A. Smith, Lorenzo Snow, and their respectable American and English travel companions dug into a typical British supper before retiring for the evening to their “rooms.” Each abode, complete with an iron bedstead, tables, stools, ample bedding, and lush carpets, would have been nearly indistinguishable from a well-appointed guest room in London or Bath, but for the canvas walls that betrayed that they were bedding down in tents a short distance from Jerusalem’s Jaffa Gate. The next day, the rugs would be rolled, the bedding stowed, the iron beds broken down, and the campstools folded up. Each item would be securely lashed to one of the more than one hundred packhorses and mules that made up the caravan in the extravagant package trips orchestrated by the agents of travel pioneer Thomas Cook.

If the trip to Jerusalem was made possible by imperialism, the comfort afforded the travelers was facilitated by another most British project. The Cook tours relied on furniture that was sturdy, compact or compactable, and practical, yet still managed to exude a sense of propriety and luxury whether in a tent outside Jerusalem, at the base of an Egyptian pyramid, or pulling into an Indian port. This need was met by the same pieces that were used by those who first forged the paths Cook’s travelers followed—the wood, iron, brass, and cloth that outfitted a growing empire: soldiers’ campaign furniture.

A century and a half later, campaign furniture remains distinctive. Christopher Schwarz, furniture maker, writer, and co-founder of Lost Art Press, a publisher focused on making the arcane everyday, and author of Campaign Furniture (2014), says the pieces prompt an emotional reaction. “Anytime you see it,” he says, “you kind of twitch and want a cigar.” Brass work, it seems, does that to a person, especially the flush pulls, corner guards, and handsome handles most commonly found on campaign chests. Side handles, when they exist, should signal to the viewer that the piece likely found its way onto a ship, as they were used as much for lashing the chest down as for lifting it up. The woods, most often teak and mahogany, are exotic and nearly impervious to environmental onslaughts. The lines are simple. The designs are clean and rugged. Envisioning a campaign chest, desk, table, or even a portable shower in a military officer’s tent isn’t hard because they seem to ooze a stereotypical masculinity.

Earlier campaign pieces, say from the early to midnineteenth century, looked less like brass-strapped boxes and more like high-end British furnishings, with carvings and applied wood ornaments. According to Sean Clarke, one half of the second-generation antiques firm Christopher Clarke Antiques, the only dealers that specialize in military campaign furniture and travel related items, campaign furniture did not begin in pursuit of the practical. First and foremost, an officer’s field furnishings were there to uphold propriety. “In the earlier period,” he says from his office in Gloucestershire, “if [an officer] were from the higher class and they had bought their commission and they had come from a wealthy family, how well their tent was set up was also a sign of their social standing and their place in the hierarchy.” Hence, he says, some seemingly “frivolous” campaign objects—an accordion-folding cake stand, for example, ready to be deployed with the flick of the wrist should the officer wish, say, to have a tower of scones with his tea.

“If they were comfortable, if they had all of the furniture and the comforts that made them feel like they were at home, then they would be able to do the job of soldiering that much better,” Clarke says. Pieces like a truly wonderful chair bed are a testament to this mentality. Both cozy reading chair, and, once transformed, sturdy bed, the chair bed would aid in creating an oasis in which an officer could cocoon himself from the harsh conditions just beyond his tent flaps.

Together, the Clarke brothers have spent more time handling, exploring, and engaging with campaign pieces than arguably anyone else on the planet. Driving their curiosity is a desire to pin down precisely when the brass-strapped box aesthetic that today is tied to campaign furniture came into being. Luckily, dating campaign pieces is easier than many other forms of antiques because of the British enthusiasm for maintaining military records. If you can find the owner, and you can track his movements, you can figure out windows of time in which pieces were made. This strategy recently yielded Sean Clarke a surprise.

“I’m so excited about this chest, I’m like a little boy at Christmas,” he says, his voice almost giddy. “We’ve been trying to figure out for a long time, and we’ll probably never know exactly, when the campaign chest as we know it now—two parts, brass corners, a very English, British-looking chest—came about and the earliest one we’d ever had was 1835. We’re very excited now because we’ve got one we can date to between May 1822 and June 1825.” Lieutenant Colonel Garnham, Bengal Army, the commissioner of the piece, would likely be perplexed by the Clarkes’ delight, but it’s a feeling to which every antiques dealer and lover can relate. When our pieces reveal their stories in ways that illuminate entire avenues of understanding, our collections come alive.

The style that so enthralls the Clarkes was shaped and molded by heat. Imagine arriving in India after a grueling journey and unpacking your beloved desk from its crate only to discover it had literally come apart at the seams. Hide glue, the binder of choice for all Western furniture makers before the 1950s, reliquefies above 140 degrees Fahrenheit. “You have these accounts,” Christopher Schwarz says, “that, when the British Empire first started flexing its muscles around the world and people were taking their furniture abroad because the idea was ‘Britain is everywhere,’. . . and it’d have all this decorative stuff attached to it with hide glue and [then] it’d just fall off.” The furniture that had withstood thousands of miles of rocky roads and rolling seas was felled by an afternoon under India’s hot sun. So manufacturers innovated. The joinery was transformed to hold even if glue failed and brass work was added to the corners as a double backup.

Its adaptive nature means campaign furniture can be a porthole into the past for young people, Clarke says, and he remembers welcoming field trips into his family’s store when his own children were younger: “The kids would be queuing up at the door and you could tell that they were bored stiff.” To cure them of this ailment, he’d show them a folding naval chair. “Why do you think this chair has to fold up so quickly?” he’d ask. Silence, and then, boom, as he brought a ship at war to life. When “Clear the decks!” was called, one either had a chair that folded and stowed to make way for a cannon, or one’s only seat could well end up overboard. “All of a sudden,” Clarke says, “it means something to them.”

Both Schwarz and Clarke point to the Roorkhee chair as a classic example of such innovation among campaign pieces. In reality, the chair is a bundle of sticks loosely held together by straps. In function, it’s a comfortable seat, low-slung for lounging, that can self-adjust to rough terrain. Like many campaign pieces, the Roorkhee design would re-emerge in the furnishings of later Danish modern designers—most notably Kaare Klint—who recycled many campaign designs in their efforts to create furnishings to fulfill the needs of twentieth-century consumers.

That campaign furniture was the precursor of much of today’s contemporary furniture market is unsurprising, as the style emerged as the product of a sort of eighteenth- and nineteenth-century functionalist movement. The rigors of the field and far-flung foreign service forced furniture makers to forgo extraneous ornamentation and impractical appendages. And, just as twentieth-century modernist design would find a ready market among the denizens of confined urban apartments, so too would campaign furniture. As soldiers and imperial officials returned to their homes in Britain and brought with them their campaign furnishings, the practical, economical pieces were found to be equally suited to the modest apartment of an up-and-coming London professional. The style was defined by its practicality, and the desire for practicality in tight quarters knows no class divide. For well over a century, campaign furniture crisscrossed the globe, keeping officers in style while empires were upended, and maps were redrawn. Unexpectedly, these same officers’ expanding needs served as a form of intra-imperial discourse as Indian or Chinese joiners’ creative liberties, taken while creating copies, inspired British joiners to alter their own designs. Today, these pieces survive because that is what they were designed to do. And while campaign furniture has never enjoyed a period of feverish demand among collectors, it has enjoyed a quiet and constant popularity. A campaign chest in very good condition can be found for $4,000, leading many to view it as an answer to the age-old question: “What style of furniture looks nice, and is tougher than our teenager?” The Clarkes often see parents seeking out a campaign chest for a military-minded, or simply messy, son. “If it’s survived a war,” Sean Clarke says, “hopefully it’ll survive a fifteen-year-old boy.”