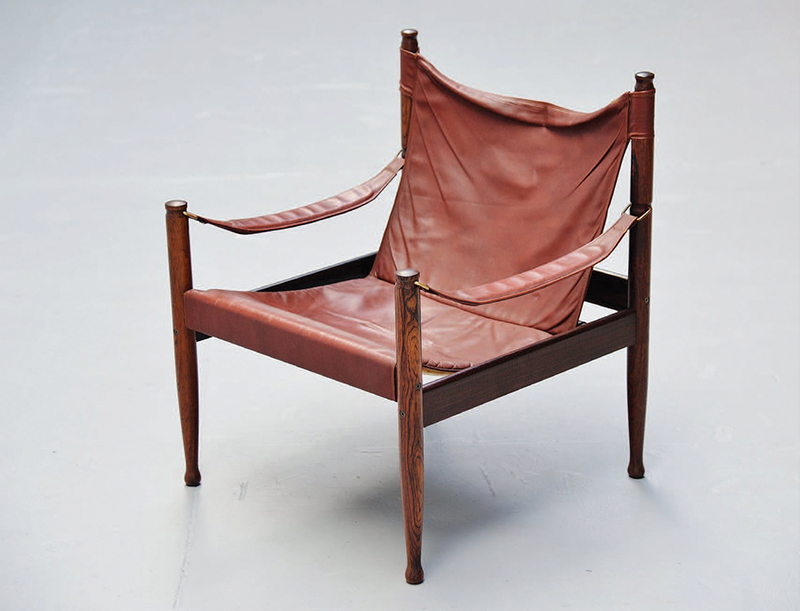 The historian Ian Mortimer has argued that Edward III, king of England from 1327 to 1377, was the ideal sovereign—not because of his spectacular deeds or military triumphs, but because he continually sought to improve his governance of the realm. Before making any key decision, Mortimer says, Edward seems to have asked himself “What would a perfect king do now?” and then acted accordingly. It is easy for an absolute monarch to become complacent. But a commitment to personal excellence requires persistent self-assessment.

That lesson applies to the esteemed Danish furniture company Niels Eilersen, which began life in the nineteenth century as a carriage-making business. The young wheelwright who founded the eponymous firm had vowed, as an apprentice, to make something exceptional: a lighter, faster, and more comfortable horse-drawn coach. He managed to design and craft the carriages that launched his company through effort, perseverance, strength, and, one presumes, by continually asking himself how to bring his vehicles closer to perfection. While other carriage builders were overcome by frustrations or physics and decided that good enough is good enough, Eilersen wasn’t and didn’t. And if the march of technology was inexorable, Eilersen and his company adapted, moving on from carriages to build wooden frames for early motor vehicles. Later, the firm expanded into production of chairs and frames for upholstered sofas. The furniture business grew rapidly, leading to the company we know today.

This is where our interests and Eilersen intersect. If you haven’t noticed (by which we mean you’ve definitely noticed), Scandinavian style is having a very long moment in the spotlight. Sleek furniture made of solid wood, in simple forms with rounded edges, has captured people’s attention and refuses to let it go. Whether they’re buying vintage pieces from the 1950s and ‘60s or contemporary furniture, what seems to allure people the most is something intrinsic to Scandinavian design—and Danish design in particular.

Nils Juul Eilersen—who, along with his brother Anders, is a member of the fourth generation to run the family business—believes the appeal lies in the “DNA of the products.” That genetic makeup includes many parts. One is hygge. The Danish term—meaning, essentially, “cozy”—recently had currency in American interior decorating circles, as a byword for warm, convivial, small-scale rooms that Scandinavian designs are made to furnish. As well, design historians have noted what might be called the modesty of Danish furniture making: a resistance to ostentation and excessive ornamentation—and an embrace of simplicity—that is an extension of the national character. Most importantly, there is a Scandinavian tradition of fine craftsmanship that has been fostered from generation to generation of makers dating back (some argue) to the builders of Viking warships. Making things that last is a worthwhile pursuit, as anyone reading this magazine knows well. “This is what we do,” Nils Eilersen told us, days after opening a new company showroom in Copenhagen. “We are taught to use the best materials and to use the best know-how.”

The Eilersen company’s founder didn’t only commit to building lasting or well-made things. He sought to make the exceptional, and that’s a much harder needle to thread. To be exceptional requires more than doing something extraordinarily well. It also requires refraining from repeating previous ideas or designs, because once something feels stale, it is, by definition, no longer exceptional.

To today’s eyes, the carriages designed in the late nineteenth century by Niels Eilersen, with their combination of curved cuts and straight panels, have a look that seems to anticipate designs of fifty years later. The marriage of traditional craft to bold design continued when the company turned to furniture. One of Eilersen’s most popular pieces is a rocking chair, designed in 1958 by Illum Wikkelsoe, that is at once old-fashioned and dynamic, with its mix of curved and straight elements. Similarly, the 1960 Safari chair, designed by Erik Woerts, has its roots in nineteenth-century campaign chairs, yet is thoroughly modern. Still, the firm doesn’t shy from the bravura—such as the almost amoeba-like profiles of a 1973 sofa and chair designed by Andreas Hansen.

Prices for upholstered pieces—new or old—are skewed these days by global shipping delays and materials crises, but vintage Niels Eilersen sofas typically run a few thousand dollars. The cost of a Wikkelsoe rocker averages eight hundred dollars, and the Safari chair fetches a similar amount. A contemporary Niels Eilersen chair, by comparison, will cost a little more than twice that.

The company’s remarkable successive pivots from carriages and cars to couches, means that a collector could conceivably obtain Niels Eilersen works from across three design categories dating over more than a century and a quarter. There are few small-scale manufacturers, and even fewer that are still family-owned, that can claim the same.

BENJAMIN DAVIDSON and PIPPA BIDDLE are the founders of Quittner, a homewares and lighting studio in Germantown, New York.