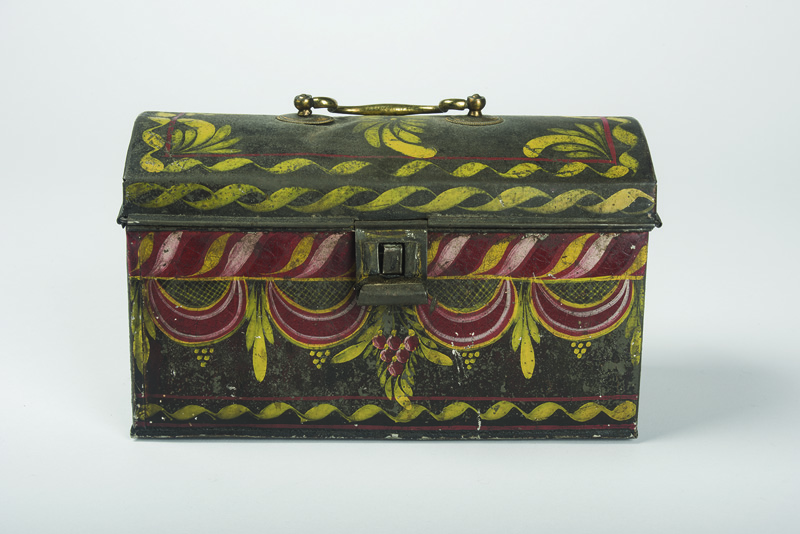 As editor of The Magazine ANTIQUES, I am frequently—as you might suppose—given opportunities to see wonderful examples of the best in early American furniture and folk art—the nation’s first expressions of an enduring and ever-evolving creative spirit. Even before I joined this magazine I was well-steeped in the aesthetic and artistic ethos of early America. As I have mentioned, I grew up not only in a state that was one of the original thirteen colonies, but in its capital: Annapolis, Maryland, a town rich in history and fully attuned to the fine and decorative arts and architecture produced in our land in the eighteenth and nineteenth centuries.

But in the context of seeing the Jonathan and Karin Fielding collection of American art, I could wish I didn’t have that background and experience. Wordsworth probably has something to say somewhere about a desire to see the world with fresh eyes. I wish I had, just for a little while, the untutored eyes of a native of southern California.

The Fieldings are based in the Los Angeles area and their collection is on display in dedicated galleries at the Huntington Library, Art Museum, and Botanical Gardens in San Marino. If you were a first-time visitor who had grown up surrounded by the modernist furniture of Charles and Ray Eames, how astonished would you be by the flamboyant finial and webbed split pediment atop the high chest of about 1774 by Eliphalet Chapin (let alone the name Eliphalet)? If your idea of a portrait was David Hockney’s 1967 Beverly Hills Housewife, how mesmerizing would you find the burning eyes of one of Sheldon Peck’s sitters from the 1830s?

For those who know and love the same kind of art as the Fieldings, but can’t make it to the Huntington, a new book about their collection should go some way toward satisfying your interest. I was taken by the book starting with the cover design, which was clearly inspired by the work of our magazine’s great art director of the 1950s to ’70s, Milton Glover, and the quirky tinting effect he devised for cover images of antique artifacts.

Inside, as you leaf through the pages, you’ll find showstopper after showstopper. Aside from those mentioned above, there’s a rare late eighteenth-century Pennsylvania Schrank with an extravagant painted finish achieved, in part, with a dry-brush technique called “scumbling.” Another is an extraordinarily detailed sampler of about 1790 stitched by a Massachusetts girl named Eunice Hooper at age nine. A third is a haunting posthumous portrait by Samuel Miller of a Cynthia Mary Osborn, who died in 1841 around age seven.

As rich as the illustrations are, the book merits a place on reference library shelves thanks to the quality of its enlightening—and at times entertaining—scholarly essays on topics broad and narrow. Stacy Hollander, former curator at the American Folk Art Museum, surveys themes in landscape and still-life painting in early America, while independent curator Robin Jaffee Frank closely examines three family portraits in the Fielding collection. Elizabeth V. Warren sorts through the textiles, which range from quilts and samplers to hooked rugs and beadwork. Virginia antiquarian Sumpter Priddy offers an illuminating look at the “fancy” painting style and the kaleidoscope motif in early American design. There’s also an engaging interview with antiques dealer David Wheatcroft, who served as the Fieldings’ Sacagawea in the world of American folk art, about the building of the collection and the methods he uses to weigh the merits and defects of antiques.

Perhaps the most affecting essay comes from Yale historian John Demos. It’s ostensibly a kind of primer on early American furniture, but Demos goes beyond details of the making and the stylistic attributes of the chests and chairs under discussion to examine their significance and what it means to collect them. His closing lines should be taken to heart by all who care about these works of art: “We do not truly own these things; they lie beyond such claims. They both precede and outlive us. We receive them from the past, preserve them as best we can, and pass them along to the future. We partake of their journey. Is this not its own reward?” Hear, hear.