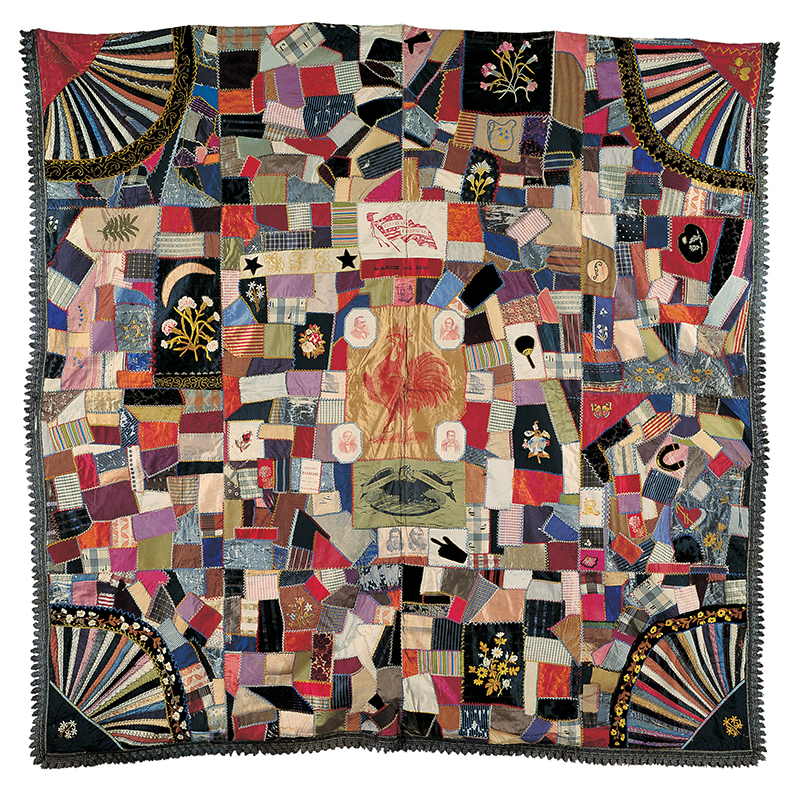 Last week the Toledo Museum of Art opened an exhibition entitled Radical Tradition: American Quilts and Social Change. The exhibition presents historical and contemporary quilts as both classic examples of American craft and as a conduit for expressing demands for social change. Quilts in this exhibition date from the mid-nineteenth century to the present, and track the makers’ responses to major milestones in American history, from military actions to political movements. While admission is free, make sure that you check here in order to plan your trip to the Toledo Museum of Art in advance.

Early last month at the City Art Centre, Museums and Galleries Edinburgh opened an exhibition entitled E.A. Hornel: From Camera to Canvas, the first major retrospective of the Scottish artist’s career in the last 35 years. Although Hornel is best known as a painter, From Camera to Canvas presents more than 1,700 photographs he took and used to develop his work on canvas. The exhibition also addresses Hornel’s often-times problematic use of young female models from Japan, Sri Lanka, and Scotland. While the exhibition is free, visitors must book their timed ticket beforehand; in order to do so, make sure to check here.

In an anxious time when it is increasingly important to practice a calming mindfulness, the British Museum is taking steps to encourage the same. On December 10 at 2:00–3:00PM GMT, the British Museum will host a free online event entitled Tibetan yoga: practices and principles. The event will teach participants about the practices and cultural history of Tibetan yoga. In addition to Ian Baker, author of Tibetan Yoga: Principles and Practices (2019), attendees will hear from Tibetan Buddhist teacher and traditional doctor Nida Chenagtsang. You can register for the webinar here.

Closing on December 13th  is the online exhibition The Queen and The Crown: A Virtual Exhibition of Costumes from “The Queen’s Gambit” and “The Crown.” A collaboration with Netflix to showcase the premiere of the original series The Queen’s Gambit as well as the fourth season of The Crown, the virtual exhibition of costumes is presented in a digital rendering of the Brooklyn Museum’s Beaux-Arts court. The exhibition also features artworks from the museum’s collection by artists such as Arthur Tress and Hew Locke, as well as rare artifacts including an example of ancient Egyptian board game Senet. Check the show out here before it’s too late.

If you’re worried this year’s holidays might be lacking in traditional charm, have no fear for the Victoria and Albert Museum has come to the rescue. On December 15 from 1:30–2:30PM GMT, the V&A will host a free virtual event called A Victorian Christmas with the National Art Library. The event will take participants back to the 19th century to learn about rare items from the National Art Library’s collections that show how Prince Albert, inventor Henry Cole, and Charles Dickens shaped modern Christmas celebrations. Make sure that you check here in order to book your ticket in advance.

Another exhibition closing this month is The Magic of the Draughtsman: Images of the Occult at Christopher Bishop Fine Art.  A must-see, the exhibition presents almost twenty Old Master and early modern drawings from the 16th to early 20th centuries. These works, many of which have never been exhibited in New York before, blur the lines between art, science, and magic. Including images of witches and mermaids, alchemy and mysticism, The Magic of the Draughtsman highlights representations of mythology and religion that have influenced art through the ages. Be sure to check here in order to plan your outing in advance.