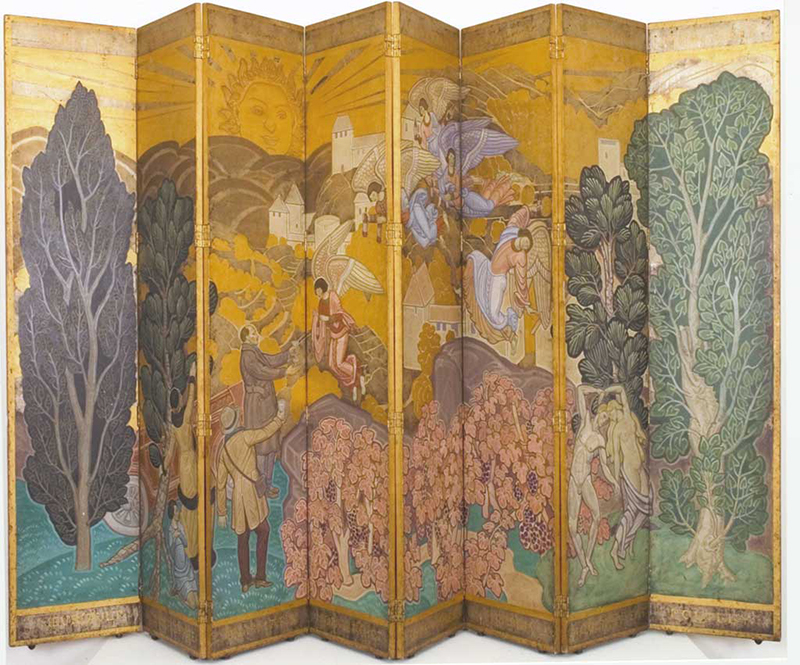 The Screen Show at the Farnsworth Art Museum, to September 22

While unfolding the history of two early twentieth-century screens, the Farnsworth Art Museum examines contemporary interpretations of the object through a juried artist show. farnsworth.org

Art on Two Wheels at the Cultural Center of Cape Cod, September 21 to November 24

From the collection of David McGraw, an exhibit of American motorcycles and other fine machines. Be warned: you’ll long to ride them home. cultural-center.org

Bertoldo di Giovanni: The Renaissance of Sculpture in Medici Florence at the Frick Collection, September 18 to January 12, 2020

Art and politics meld together in Bertoldo’s fifteenth-century Italy. Billed as containing the only known sculptural figure by Bertoldo outside Europe, the collection also includes over twenty of his many bronze, wood, and terracotta designs. frick.org

Masterpieces of French Faience: Selections from the Sidney R. Knafel Collection at the Frick Collection; to September 22

Earthenware with a twist; produced largely for regional aristocrats rather than the power players of Versailles. This often-overlooked decorative art may well inspire you to plan an eight-course meal. The collection features seventy-five objects of faience across two centuries. frick.org

Whether you favor the land dwelling or sea dwelling creature, there is no denying the inspiration afforded to us by our animal companions. The exhibit examines the evolving relationship of animal and human observer from 1845 to 2009. Artists include Hill & Adamson, Alois Auer, Giacomo Caneva, J. D. Llewelyn, Martin Munkacsi, Edward Steichen, and Adam Fuss. sunpictures.com

Van Gogh, Monet, Degas: The Mellon Collection of French Art from the Virginia Museum of Fine Arts at the Oklahoma City Museum of Art, to September 22

A unique collection that spans the gamut of French art; from romanticism to cubism. Though disparate in movement, the paintings share complementary subjects, and their varying interpretations offer viewers a unique opportunity to peer into many French minds. Also includes work by Manet, Morisot, Renoir, and Rousseau. okcmoa.com

A portrait of the raw and unpretentious American spirit through two disciplines. Unassuming portraits in conversation with weather vanes, among other folk art favorites, offer a glimpse at the past and new understanding of our present. artic.edu