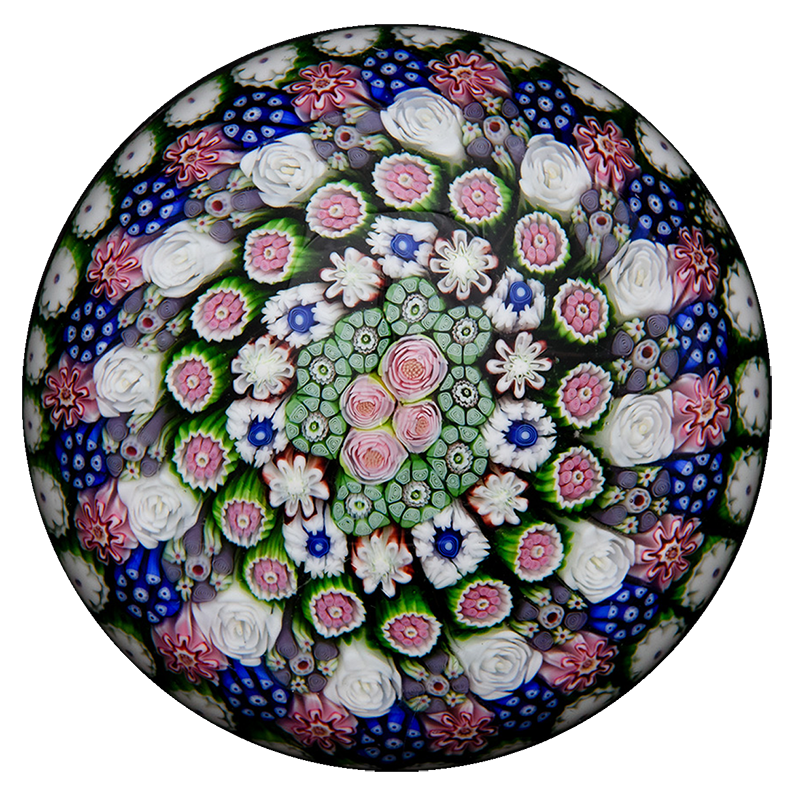 Blurring the Line: Manuscripts in the Age of Print at the Getty Center, J. Paul Getty Museum, to October 27

The invention of the printing press in the 15th century did not sound and immediate death knell for handwritten and illuminated manuscripts. Instead, there was cooperation and cross-fertilization between the mechanical innovators and keepers of the artistic tradition. Many early books were printed to look like manuscripts, and were illustrated with handpainted compositions. The Getty Center’s presentation of these chimeric works challenges our conventional understanding of the print revolution. getty.edu

Buried by Vesuvius: Treasures from the Villa dei Papiri at the Getty Villa, to October 28

The Villa dei Papiri in Herculaneum, on which the Getty Villa is modeled, was buried in the Mt. Vesuvius eruption in AD 79. The site’s excavation contained remnants of marble and mosaic floors, frescoed walls, and statuary of both bronze and marble. Perhaps most exciting, however, is a spectacular and singular collection of papyrus scrolls, which the Getty is in the process of examining and decrypting. getty.edu

Arthur Beaumont: Art of the Sea at the Bowers Museum, October 26 to February 2, 2020

Few artists have captured the power and energy of the sea – and the vessels that sail upon it – like Arthur Beaumont. The prolific artist, named an artist laureate of the US Navy, created watercolor paintings of common soldiers, admirals, and ships alike. Maritime enthusiasts will find no shortage of inspiration from this expansive exhibition. bowers.org

The Charleston Renaissance: Art, Architecture, Literature, and Music at the Morris Museum of Art, to October 27

Between the wars, the historic preservation efforts of the Charleston Renaissance movement saved the city’s cultural and architectural heritage and inspired similar undertakings across the United States. Paintings, drawings, and etchings of many leaders of the Charleston revival – Alfred Hutty, Alice Ravenel Huger Smith, Anna Heyward Taylor, Hobson Pittman, and Elizabeth O’Neill Verner – are on view in the Morris’ exhibition. themorris.org

Maine has long been home to a thriving Jewish community, the history of which is shown through a range of media: an art deco-style Torah ark and 71 other objects, 200 historical images, interactive audio installations, and a selection of contemporary works. The exhibition includes works from the museum’s own collection and items lent by Maine citizens and organizations. mainestatemuseum.org

Norman Rockwell’s “The Four Freedoms” at the Washington County Museum of Fine Arts, to October 27

Freedom of speech, freedom of religion, freedom from want, and freedom from fear: these were the four freedoms that Franklin Delano Roosevelt laid out in his congressional address of 1941. The Washington County Museum of Fine Arts in Hagerstown, MD presents four lithographic posters of the iconic oil paintings and discusses how Rockwell’s renderings connect to American society and culture during and after the second world war. wcmfa.org

Small Worlds at the Flint Institute of Arts, to October 27

Miniature but mighty! Historical paperweights of the Michigan museum’s holdings and a selection of contemporary paperweights from private collections are showcased; including beloved manufacturers, Baccarat, Clichy, and Saint-Louis. These kaleidoscopic visions in glass leave the FIA soon, so hurry to take a gander. flintarts.org

Iridescence at the Cooper Hewitt, Smithsonian Design Museum, to October 27

The Renaissance of Etching at the Metropolitan Museum of Art, Fifth Avenue, October 23 to January 20, 2020

The early decades of printmaking using etchings—a technique originally developed for decorating armor—are showcased, with 125 etchings from such Renaissance luminaries as Albrecht Dürer, Parmigianino, and Pieter Bruegel the Elder, as well as lesser-known artists. The etchings are complemented by a smaller collection of drawings, printing plates, illustrated books, and armor. metmuseum.org

Mark Twain and the Holy Land at the New-York Historical Society, October 25 to February 2, 2020

An exhibition that marks the 150th anniversary of the publication of The Innocents Abroad offers new perspectives on Mark Twain’s witty travelogue. The irreverent writer took on Europe and the Middle East during his journey, the progress of which is recreated for visitors with original documents, photographs, artwork, and costumes, as well as an interactive media experience. nyhistory.org

Over his storied career, Pierre-Auguste Renoir moved from realism to impression to classicism, but he never moved away from the human form in its most natural state. For those who think of Renoir as cloying, this exhibition that examines the artist’s sensual and cerebral sides will prompt a reconsideration. kimbellart.org

Edward Hopper and the American Hotel at the Virginia Museum of Fine Arts, October 26 to February 23, 2020

Edward Hopper had a deep personal and professional interest in hotels, motels, tourist homes, and the wide scope of hospitality services, which served as subject matter for many of his most memorable paintings. Look for a feature article by the show’s curator, Leo Mazow, in our next issue. vmfa.museum

Is it trash or treasure? For Rauschenberg fans, it can be both. Our favorite cultural dumpster-diver and his abstract creations are collected, including billboard-sized prints as well as intimate drawings and large-scale fabric constructions. vanartgallery.bc.ca

A selling exhibition with a fine lecture series, included in a single admission ticket. Over 3000 original works from galleries in the United States and Europe are included, ranging from affordable to museum-quality. The Thursday Gala Preview benefits the Art for Justice fund. fineartboston.com