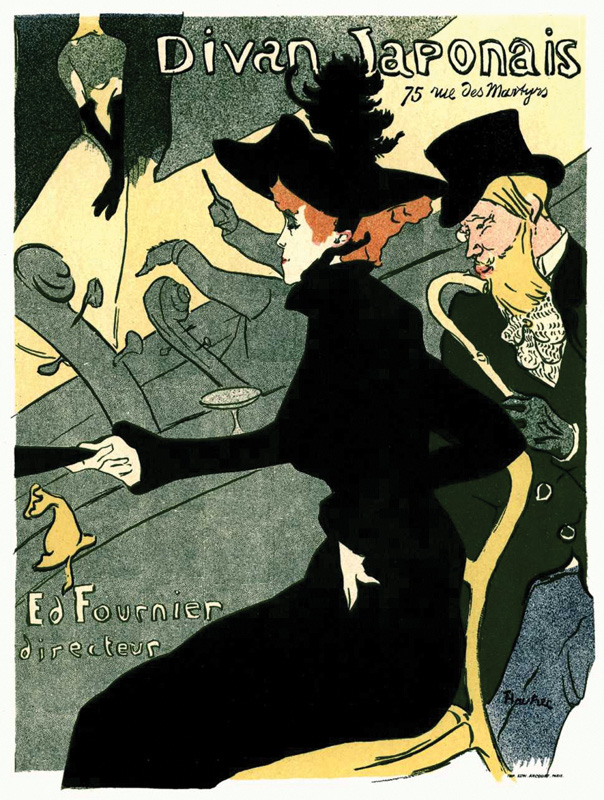 Every Living Thing: Animals in Japanese Art at the Los Angeles County Museum of Art, to December 8

Featuring artworks in a variety of mediums – from sculpture and ceramics to paintings and woodblock prints – this exhibition celebrates animals as they appear in Japanese art. Themes from the exhibition include: Zodiac Animals, Animals from Nature, Religion, Myth and Folklore, and Leisure. An animal for every visitor (and then some!) lacma.org

Posters by Toulouse-Lautrec at the Norton Museum of Art, to December 10

Between his bold compositions and colorful characters, Toulouse-Lautrec’s ads are never short on verve. The first Toulouse-Lautrec exhibition at the Norton in 45 years features works from a private collection, so don’t snooze, see them while you can. norton.org

Pop América, 1965–1975 at the Block Museum of Art, Northwestern University, to December 8

Nearly 100 artworks by artists from across the Carribean and North and South America challenge conventions of pop art in this exhibition. Those whose work is on view include: Antonio Dias, Rubens Gerchman, Roy Lichtenstein, Marisol, Cildo Meireles, Marta Minujín, Hugo Rivera-Scott, and Andy Warhol. blockmuseum.northwestern.edu

William Trost Richards: Hieroglyphs of Landscape at the McMullen Museum of Art, Boston College, to December 8

The Philadelphian painter of rocky coasts and roiling waves gets his first retrospective in Boston, which features his earliest sketches as well as the later-career watercolors that Richards began to paint after the medium gained popularity in the mid-nineteenth century. bc.edu

Yokai: Ghosts and Demons of Japan at the Museum of International Folk Art, December 8 to January 10, 2021

Yokai – demons, ghosts, shapeshifters, and other supernatural beings – captivate the imagination whether or not you believe they capture souls. From Muromachi period scroll paintings and Edo period woodblock prints to contemporary folk art, this exhibition celebrates these enduringly popular Japanese creatures. internationalfolkart.org

Rodin: Muses, Sirens, Lovers at the Columbus Museum of Art, to December 8

Forty bronze sculptures depicting women as model, love interest, or muse make up this Rodin exhibition. Along with demonstrating the artist’s fascination with and women, the works illustrate how Rodin broke with sculptural conventions and paved the way for modern art. columbusmuseum.org

Artist, teacher, leader—Augusta Savage was not one or the other, but all. Her contributions to the Harlem Renaissance are innumerable. This exhibition features nearly 80 works of art, by Savage as well as William Artis, Romare Bearden, Selma Burke, Robert Blackburn, Gwendolyn Knight, Jacob Lawrence, and Norman Lewis. palmermuseum.psu.edu

This Connecticut show features 42 exhibitors and a variety of artworks and objects from the eighteenth to the twentieth centuries. Among the offerings: marine art, estate jewelry, American and continental furniture, and prints. Benefits the Greenwich Historical Society, so you can feel good about your buying. barnstar.com