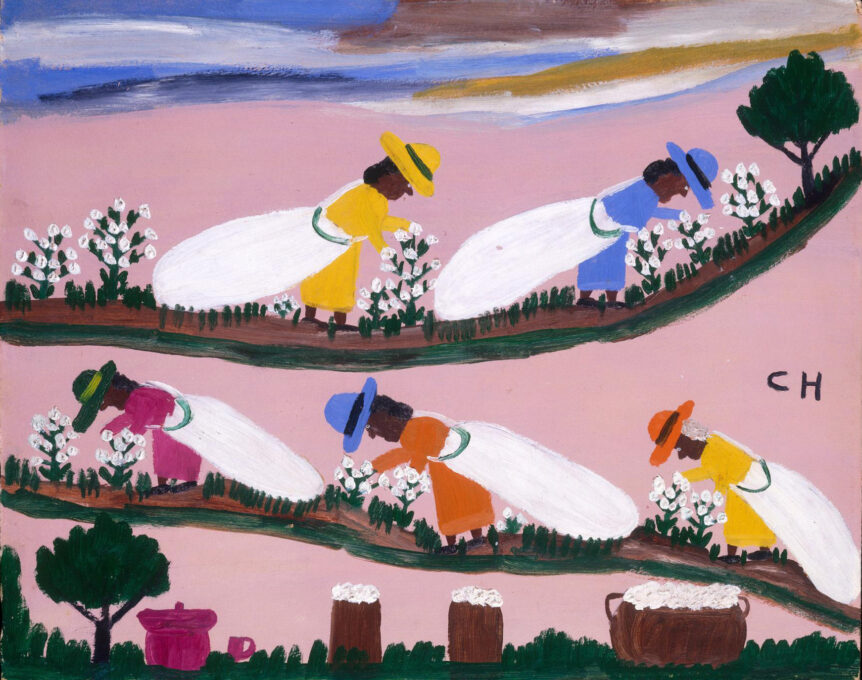 Orientalism: Taking and Making at the New Orleans Museum of Art, to December 31

As western governments engaged with the Middle East, North Africa, and Asia in the nineteenth century, fine and decorative artists from Europe and America also became captivated by these regions. Orientalist art (as their work became known) luxuriated in the beauty of these “exotic” lands and their people, yet at the same time fostered superficial and insensitive notions of these place that endure to this day. Both sides of the equation are considered in this exhibition, an exercise for the mind as well as the eye. noma.org

The Wyeths: Family and Friends at the Farnsworth Art Museum, to December 29

While N.C. Wyeth, his son Andrew, and grandson Jamie are the focus of this exhibition, the artistic talent in the family and its circle didn’t end with them. For proof see the selected works on view from Carolyn Wyeth, Peter Hurd, Henriette Wyeth Hurd, and Ann Wyeth. farnsworthmuseum.org

Visions of American Life: Paintings from the Manoogian Collection, 1850–1940 at the Flint Institute of Arts, to December 30

A representative sampling of American art made between 1850 and 1940—including landscapes, still lifes, portraits, and genre paintings from the likes of Childe Hassam, Thomas Moran, John George Brown, William Glackens, and Jane Peterson are on view in this exhibition, which has been touring smaller Michigan museums for the past two years. flintarts.org

A Brilliant Bit of Color: The Work of Walter Launt Palmer at the Albany Institute of History and Art, to December 31

As artistic pedigrees go, the American impressionist Walter Launt Palmer had one of the best. He was the son of sculptor Erastus Dow Palmer, whose close friends included the Hudson River school maestro Frederic Church. The younger Palmer studied in Paris under Carolus-Duran, who was also John Singer Sargent’s teacher. Works on Palmer’s favorite themes – interiors, Venetian scenes, and winter landscapes – are on view, along with accompanying drawings, photographs, letters, and ceramics, here in his hometown. albanyinstitute.org

The Schuyler Sisters and Their Circle at the Albany Institute of History and Art, to December 29

This exhibition was created with fans of Hamilton: An American Musical in mind. The Broadway blockbuster has helped bring renewed attention to the family of Hamilton’s wife, Elizabeth Schuyler. Along with her sisters Angelica and Peggy, Betsey Schuyler formed one of best-connected and influential coteries among the leaders of the early republic. The Albany Institute secured significant loans for the exhibition, among them a John Trumbull portrait of Angelica Schuyler Church held in a private collection. albanyinstitute.org

A Piece of Yourself: Gift Giving in Self-Taught Art at the American Folk Art Museum (Self-Taught Genius Gallery, Long Island City), to December 31

On view by appointment only, this special exhibition highlights examples of artworks that were created as gifts, or which depict the act of gift-giving, made by self-taught artists between the late eighteenth and the late twentieth centuries. They range from a watercolor “love token” made in 1799, to an earthenware lion made by a Pennsylvania man for his niece in the mid-1800s to a carved tiger m made in 1970 by New Mexico artist Felipe Archuleta. folkartmuseum.org

From the Schuylkill to the Hudson: Landscapes of the Early American Republic at the Pennsylvania Academy of the Fine Arts, to December 29

“In contrast to the grand romantic impulses of the Hudson River school painters, who often looked to a perceived American wilderness for inspiration, the artists working in Philadelphia used landscape to craft an image of a progressive, prosperous, and industrious republic, where nature was tamed by the forces of American civilization,” this exhibition’s curator, Anna O. Marley, wrote in our pages last summer. Catch this enlightening and engaging show before it closes. pafa.org

Etch and Flow at the Pennsylvania Academy of the Fine Arts, to December 29

Accompanying From the Schuylkill to the Hudson is an installation of landscape and seascape etchings by artists associated with the American etching revival and the school of impressionism. pafa.org

Forever Young: Representations of Childhood and Adolescence at the Newport Art Museum, to December 31

The Newport Art Museum looks at the range of ways that children have been depicted in art, with a show that includes the work of artists from across three centuries. Featured are paintings and drawings by George Bellows, Winslow Homer, and Julia Overing. newportartmuseum.org