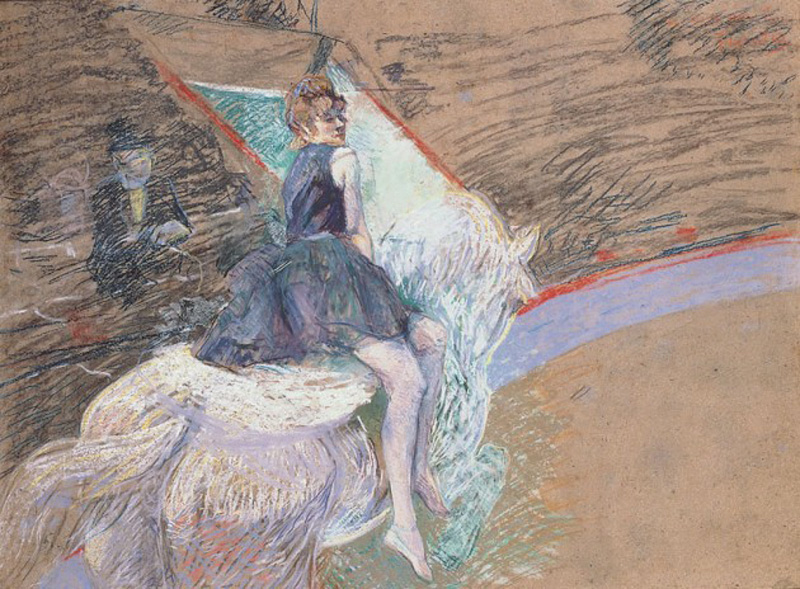 The influence of India’s culture on western fashion is examined through more than 40 garments and accessories, including several 19th century examples. Couturiers whose designs are on view range from Pierre Balmain, Jean Louis, Branell, Bob Mackie and Versace, to Olivier Lapidus, Halston, and Givenchy. phxart.org

By Day & by Night: Paris in the Belle Époque at the Norton Simon Museum, to March 2

Was fin-de siècle Paris truly beautiful? Not necessarily, according to some artists of the time. Rather than the glittering aspects of Parisian life between 1871 and 1914, artists like Pierre Bonnard and Henri de Toulouse-Lautrec turned to the raw and unfiltered side of the times. This exhibition explores the exuberant styles they, and their contemporaries, developed. nortonsimon.org

Cuban Caricature and Culture: The Art of Massaguer at the Wolfsonian—Florida International University, to March 1

The visual culture of pre-revolutionary Cuba owes no small part of its vibrancy to graphic artist Conrado Massaguer’s sunny and seductive illustrations. Between political satire, celebrity caricature, and both magazine and advertisement illustration, Massaguer celebrated Havana’s cosmopolitanism like few others. wolfsonian.org

There are few subjects with more enduring appeal than the horse. Our equine favorites are captured at the Speed in paintings, sculpture, photographs, drawings, prints, and manuscripts devoted to the Bluegrass state. Viewers are invited not only to consider the images as records of an agricultural and aristocratic pastime, but a link to the history, mythology, and spirit of Kentucky. speedmuseum.org

Females, Fibers, and Finesse at the Lux Center for the Arts, to February 29

Fiber art – still all-too-often overlooked – is powerfully on display in this Lincoln, Nebraska exhibition of the creations of regional artists. Works included reflect a wide and bold variety of fiber work, and a breadth of women’s responses to career, family life, societal forces, and violence. luxcenter.org

Some 30 prestigious antiques exhibitors will be present at this show, offering furniture, paintings, rugs, and more. Casual and serious collectors alike will find much to explore. thomasvilleantiquesshow.com