Garden of the Tomb of I’timad-ud-Daulah, post-conservation. All images courtesy of World Monuments Fund.

Today, the World Monuments Fund and the Archaeological Survey of India announced the completion of four years’ conservation work on Mehtab Bagh and the Garden of the Tomb of l’timad-ud-Daulah in Agra, India. The two charbaghs (four-part gardens), dating from the 1500s and 1600s, are among the most significant remnants of the stately properties that once lined the Yamuna River, most of which were destroyed following the Indian Rebellion of 1857. Long overshadowed by the Taj Mahal rising on the opposite shore, it’s hoped that the conservation work—which included building a new visitor center at the Garden of the Tomb of l’timad-ud-Daulah—will make these lush remnants of Mughal culture more attractive to both residents and tourists, and ensure their protection for centuries to come. 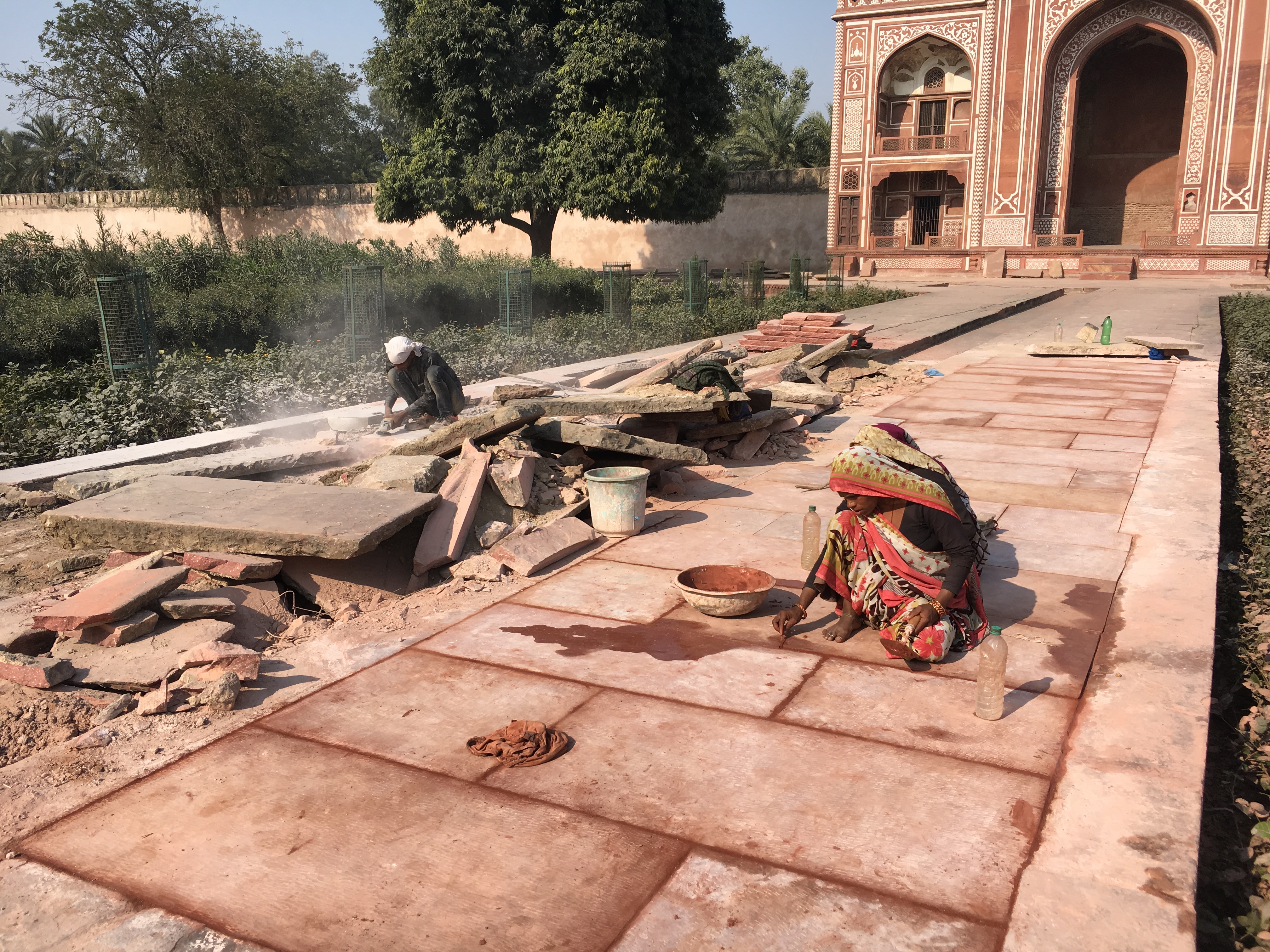 Conservation work on the water channels of the Tomb of I’timud-ud-Daulah. 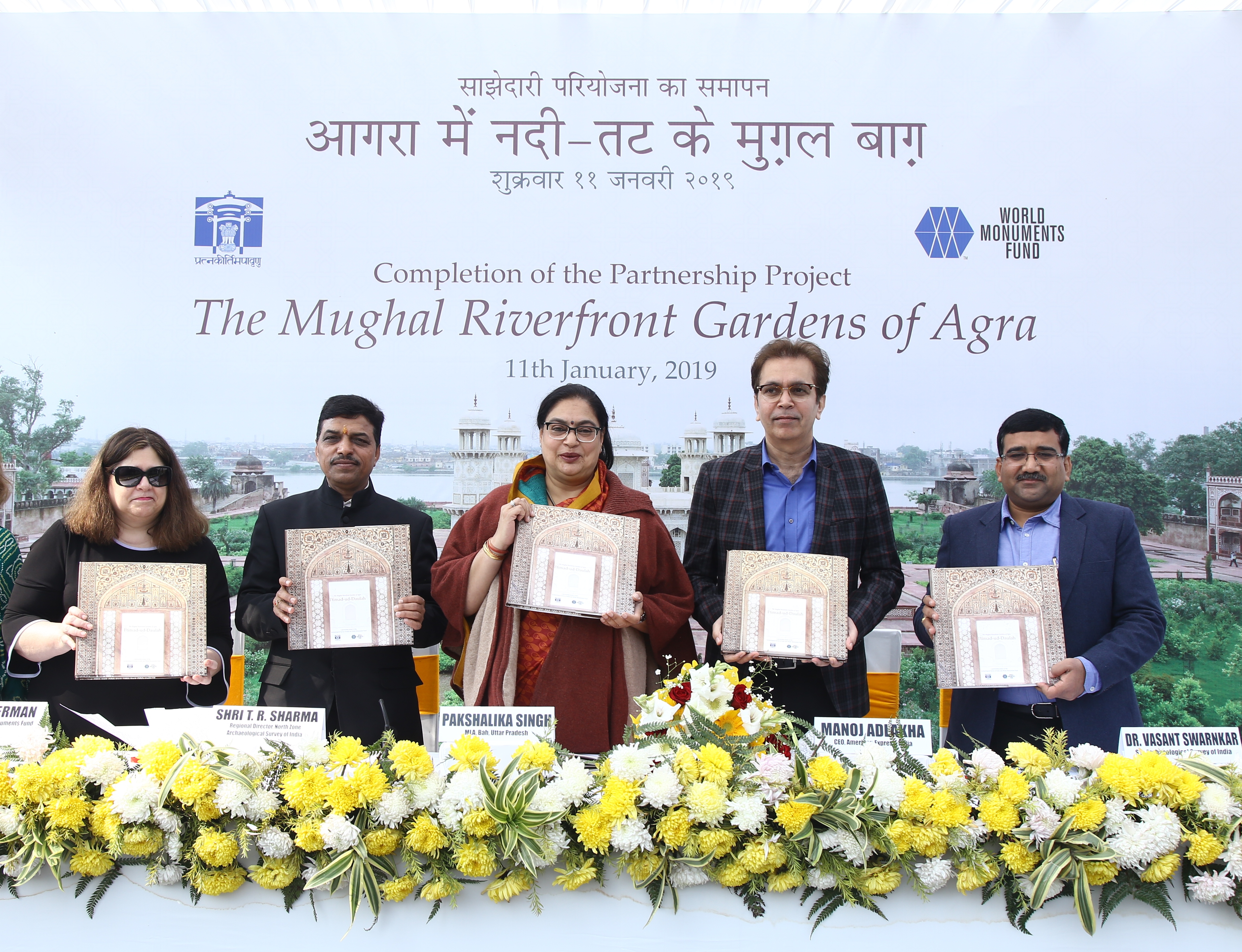 Project stakeholders celebrate the completion of the conservation of the Mughal gardens.