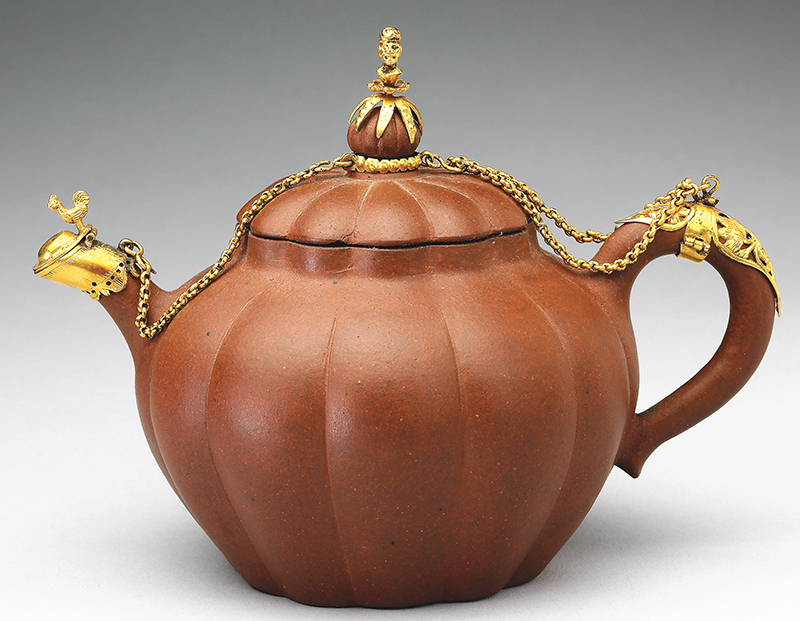 As the Metropolitan Museum of Art reopens to the public, its renovated British Galleries will once again be available for visits. The teapots displayed there remind me of my own love affair with teapots, though they are of a different kind from those in the British Galleries: teapots made in China for export to the West. As with many who collect—anything from teapots, to Old Masters, to furniture of a certain age—there seemed to be some invisible force urging me toward this pursuit.

“Driven” would be the term I would use to describe my early collecting. As a physician board-certified in neurology and psychiatry and trained to ask questions, I wondered why. My curiosity about my own behavior guided me into a journey of self-exploration that led to answers that helped me explain not only my behavior, but also that of others.

In retrospect, I think my motivation to collect Chinese porcelain had to do with a movie I saw when I was in high school, The Inn of the Sixth Happiness, starring Ingrid Bergman as a missionary in China. The story was based on the life of Gladys Aylward, who in addition to an evangelist was a social reformer who rescued some one hundred orphans during the Sino-Japanese War that began in the 1930s. When I saw the movie, I aspired to be like Aylward and do good by helping others in China.

But after medical school, I didn’t go to China. Instead, I went to a vastly different place: Indianapolis. Deep in my mind, however, I craved to follow that dormant dream—to be in some way involved with China and its culture. That is why, I believe, I chose to collect Chinese porcelain. It wasn’t an accidental choice as it seemed, but rather had to do with sleeping memories. It is my belief that everyone who collects might find a similar recollection, if they took enough time to dig deeply into their psyche.

There are other reinforcing factors that make collecting not only pleasurable but worthwhile. For example, the rarity of a piece can not only make it valuable, it also stimulates certain parts of the brain that register uniqueness. The scientific research relating to this phenomenon is called the “Oddball experiment,” which registers brain activity using functional magnetic resonance imaging. When a participant sees a string of ordinary objects punctuated by one that is extraordinary, specific brain areas that connect to the pleasure center light up. This may be why we seek the unique when we collect: it indirectly stimulates our pleasure center. It also could have an evolutionary benefit. We explore the new until we determine whether it is advantageous to us or not.

Another motive for some collectors is pride in acquiring exquisite objects, a feeling that is heightened when gathering like items together for the first time. During the search, excitement is sharpened by identifying a rare piece, and its selection can set us apart from from our peers and may provoke their recognition and admiration. Some collectors, aside from seeking rarity, want to acquire a piece at a modest price. That is their joy and it gives them pride to be so astute that they found a bargain.

As well, the process of collecting provides intellectual satisfaction. Gathering examples of a specific kind of object requires discipline, knowledge, and an eye for the unusual or particularly beautiful. This was the case for me. Studying and writing about Chinese export teapots from across two centuries was totally harmonious with my choice to collect them.

Collectors enhance their network of friends when they collect— they have a social motivation for gathering what they treasure. Perhaps their love of objects came first; then, somewhere along the line they find others who are like-minded. Friendships forged through these vehicles expand social lives. The enjoyment of arranging and rearranging a collection can also be an impetus for some collectors, as a demonstration of organizational skills that is applied to collecting.

Last, and certainly not least, of all the reinforcing factors that stimulate the impulse to collect is anticipation. A collector’s craving allows her to imagine anything she wants about the desired returns an object will bring. We know that it is in this mental phase in which the pleasure center burns most brightly. Once a prize is obtained, the pleasure center quiets. In other words, the anticipation of the reward is more exciting to our pleasure center than possession. This explains, in part, why collecting frequently transcends a mere pastime. It gives us such pleasure that we want to continue collecting more and more vigorously.

Collecting isn’t a job. It isn’t a hobby. It’s better. It’s a passion.

SHIRLEY M. MUELLER, MD, is an adjunct associate professor of neurology at Indiana University. Her book, Inside the Head of a Collector: Neuropsychological Forces at Play (2019), is the first of its kind to use recent neuroscience discoveries to explain collector’s behavior.