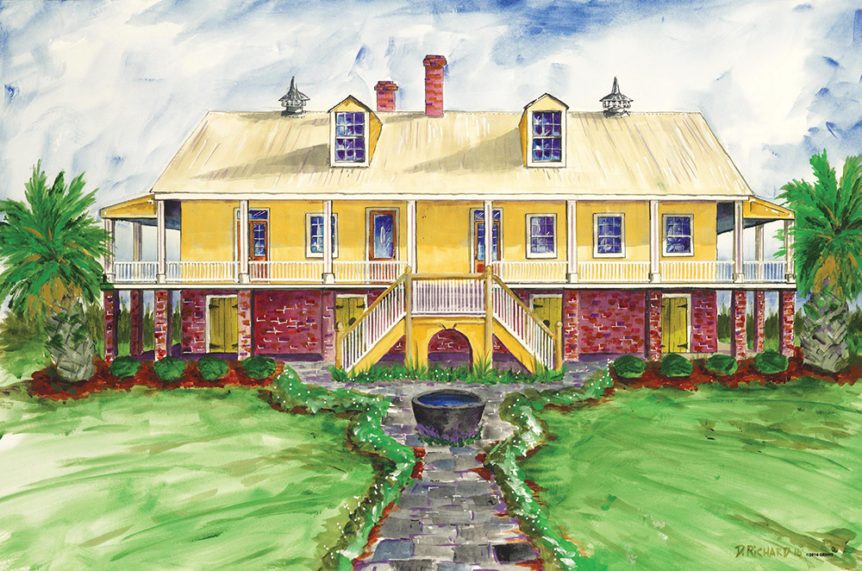 My great-great-grandfather Leon Godchaux, an impoverished and illiterate Jewish immigrant to New Orleans from Alsace-Lorraine in the late 1830s, didn’t know much about architecture, yet he became a masterful collector of land and buildings, as well as a highly successful retail clothing merchant in New Orleans.

Maybe it was being his sixth-generation descendant, or maybe because I grew up in New Orleans, but when I found a passion, it turned out to be learning about, writing about, and helping to preserve historic buildings.

I took my first plunge when a graduate student in New Orleans at Tulane, after graduating from Yale. The French Quarter beckoned. I moved into a tiny two-story wood-frame cottage nestled behind a cluster of palm trees in the back corner of a courtyard on Burgundy Street, a mixed-race street that in those days was one of the shabbiest and most notorious in the Quarter.

My master’s thesis was a scholarly debut party for the unrecognized but highly accomplished architecture of École des Beaux Arts–trained Jean-Baptiste-Hyacinthe Laclotte. Anyone who enjoys a drink today in the seductive Napoleon House at the corner of Chartres and St. Louis Streets in the French Quarter does so inside his masterpiece.

One day, a few years later, I drove north from New Orleans up the River Road, that ancient winding, former muddy wagon trail that follows the base of the Mississippi River levee. I wanted to see what remained of La Reserve, the first estate Leon Godchaux purchased outside the city—hundreds of acres of sugar cane fields and a habitable house. The house was not a grand plantation manor but rather a raised creole cottage facing the river.

When I got there, the land was disappointing. Once cultivated in productive cane as far as the eye could see, the property had been sold to other sugar companies by Leon’s third- and fourth-generation descendants. Later owners, beset by national competition, abandoned the acreage to land speculators, closed the refinery, discontinued operation of the private railroad, and, through neglect, let the dock that reached into the Mississippi become a collection of rotting pilings. The many acres that once comprised La Reserve now appeared as a jumbled, unplanned assemblage of commercial oil and gas storage tanks, small shopping centers, the occasional church and park, and an assortment of ranch houses, together forming what is now the town of Reserve, Louisiana. 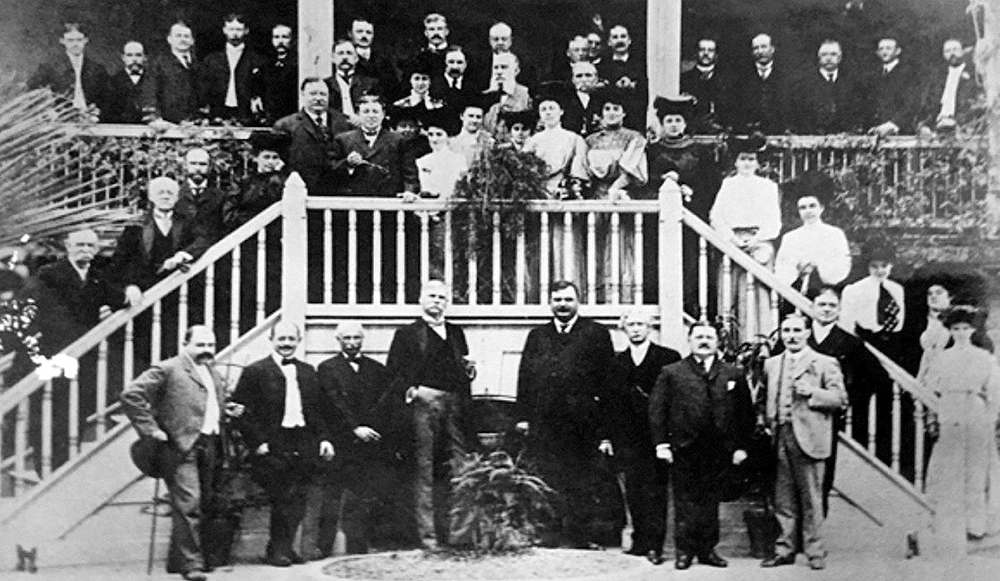 President William Howard Taft, accompanied by a host of political dignitaries, toured the Mississippi River by boat in 1909 to promote his plan to make improvements to the waterway to facilitate commerce. On the way to New Orleans, he and his companions docked at the site of the Godchaux-Reserve House, where the president delivered a speech. This image, by an unknown photographer, originally appeared in the New Orleans Times-Picayune.

But the house! Most distressing of all—stripped down to the bones. What I saw, resting on less than an acre, was a wood-frame building that had fallen into nearly terminal disrepair: windows broken, roof leaking, side walls open in places, obvious vandalism of pipes and wires, the wounded shadow of a once beautifully proportioned vernacular residential building that sat proudly but precariously on its brick piers facing the levee and the river.

I was stricken, hit by something like a thunderbolt—what the French call a coup de foudre, or love at first sight. I had to act. Through a long series of initiatives that I helped launch back in the early 1990s, and that are now being ably and vigorously expanded by the nonprofit, locally-based Godchaux-Reserve House Historical Society (GRHHS), chartered in 1997, the house at La Reserve is undergoing meticulous restoration. 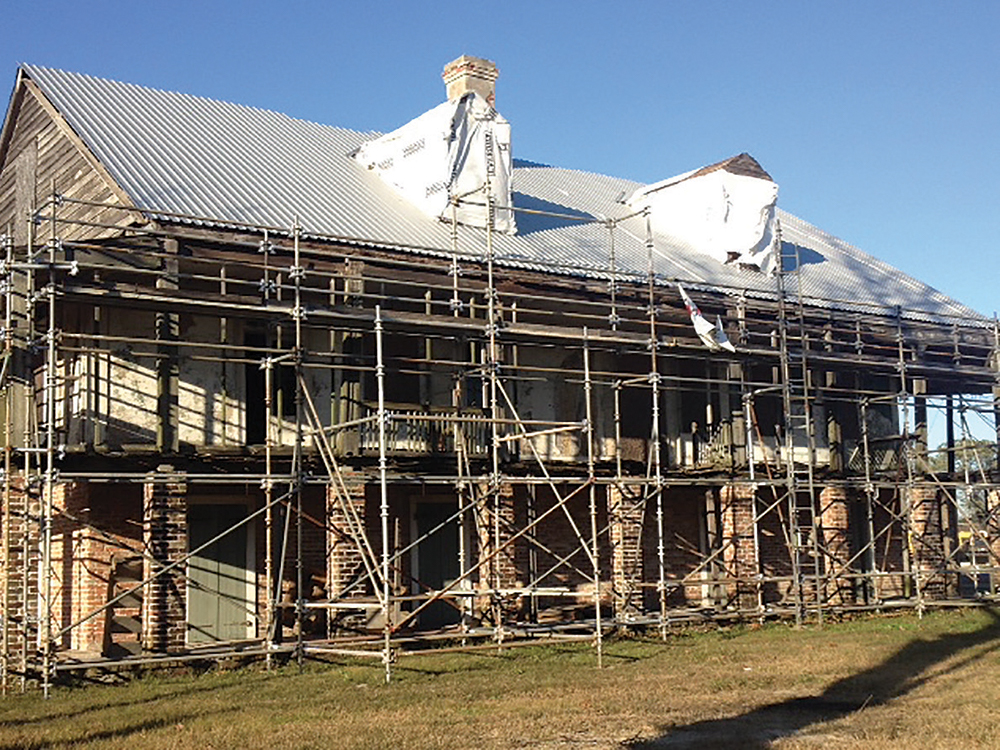 A 2016 photograph shows the mansion during the completion of roof repairs.
Photograph by Charles Daigle of Outlook Design.

Though a small property, the house turned out to be one with a very long pedigree. Archival research by the GRHHS has discovered that it is one of the oldest houses in the Mississippi River watershed. The central core of the house dates to 1764; built by Alsatian Jews, Jean Baptiste and Marie Therese Laubel, it comprises two simple wooden rooms heated by a modest fireplace. Between 1810 and 1833 the house was owned by various free people of color. In 1833 the place was sold to white people of French extraction, Antoine Boudousquie and his wife, Sophie Andry Boudousquie. Antoine operated the property until his death in 1855. Leon Godchaux, who refused to participate in the ignominious institution of slavery, and owned no slaves despite his extensive land holdings— which eventually numbered fourteen plantations—purchased the house and acreage from Boudousquie’s widow in 1861, just after the outbreak of the Civil War.

The quality of the building and its international, multiracial, multireligious background has earned the house a listing on the National Register of Historic Places. Full restoration is expected to be completed over the next several years.