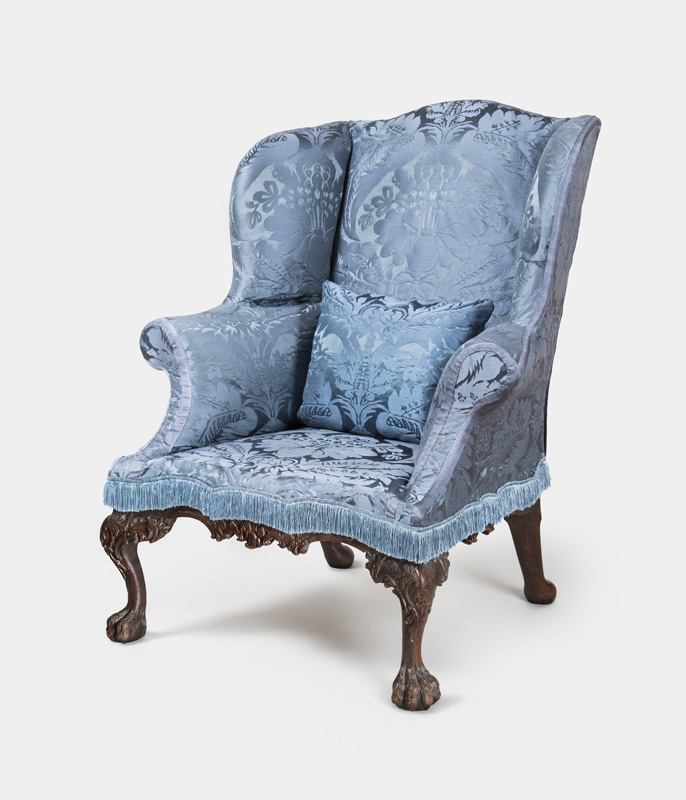 By most accounts, H. Richard Dietrich Jr. (1938–2007) was a retiring man, except when he had his eye on something; on more than one occasion, he set a record at auction as he assembled an important trove of primarily eighteenth-century American paintings and decorative arts. And when it came to sharing what he cherished, he did so not by establishing his own museum or orchestrating a headline-grabbing exhibition with his name on it, but by creating the Dietrich American Foundation, which since 1963 has made long-term and special exhibition loans of furniture, silver, ceramics including Chinese export porcelain, documents, manuscripts, prints, and paintings. Numerous institutions, from the Allentown Art Museum to the Metropolitan, have benefited from his vision. Now, the Philadelphia Museum of Art—which has enjoyed a relationship with the foundation since 1966—is throwing a spotlight on the connoisseur himself with A Collector’s Vision: Highlights from the Dietrich American Foundation.

Born in Philadelphia and raised in nearby Villanova, Dietrich developed a keen interest in American history early on and began collecting in his twenties. With his father’s early death at age fifty-four, he left Columbia Business School to direct the Dietrich Corporation, whose various holdings included the Luden’s candy company, famous for its cough drops. While he grew the company dramatically, Dietrich continued to collect, both for himself and for his foundation. In 1987 he acquired at auction (for a record-setting $2.75 million) a famed “hairy paw” easy chair owned by Revolutionary War hero John Cadwalader. In 2001 he gave the piece to the Philadelphia Museum, where he had helped form an American art advisory committee in 1969 and had long served as a board member.

A Collector’s Vision is composed of fifty-five objects, including furniture, Pennsylvania German frakturs, Chinese export porcelain, prints, and watercolors. “Richard had a love of American history and a love for tangible connections to the past,” notes the museum’s David Barquist, whose curatorial seat is named for Dietrich. “And the consistency of quality in all the categories of his collecting is just exceptional.”

As primary examples of the collector’s acuity, Barquist cites John Singleton Copley’s portrait of six-year-old John Bee Holmes (which hung above a Nathaniel Gould desk in Dietrich’s Chester County home) and an apple-shaped teapot made by Philadelphia silversmith Joseph Richardson Sr. “By the seventies, when Richard bought the painting, he had already put together quite a significant group of things, but I think the Copley was a kind of step up, and shows him growing as a collector,” suggests Barquist. “He had owned other Copleys but this was a spectacular example of Copley’s portraiture.”

The Richardson teapot, Barquist says, was another example of the collector’s evolving taste. “He started out collecting neoclassical and Federal-era silver, but over time he became more interested in the colonial period and he had long wanted an example of an apple teapot. And this is a quintessential piece of mid-eighteenth-century American silver in the relatively unornamented, kind of austere, geometric style that has come to be called Queen Anne. Richard was always someone who was attracted to objects of exceptional aesthetic quality. He had the eye to appreciate the best.”

A Collector’s Vision: Highlights from the Dietrich American Foundation • Philadelphia Museum of Art • was originally scheduled to run from June 7 • philamuseum.org