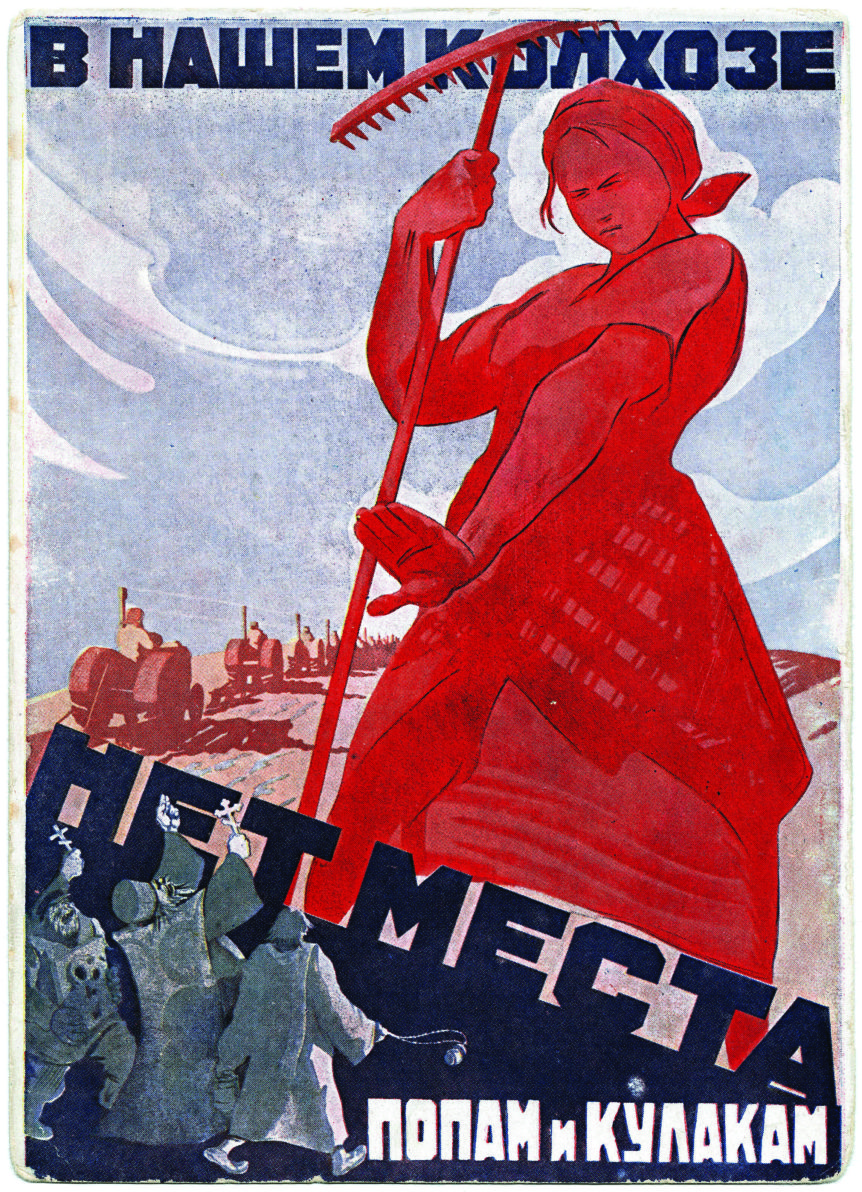 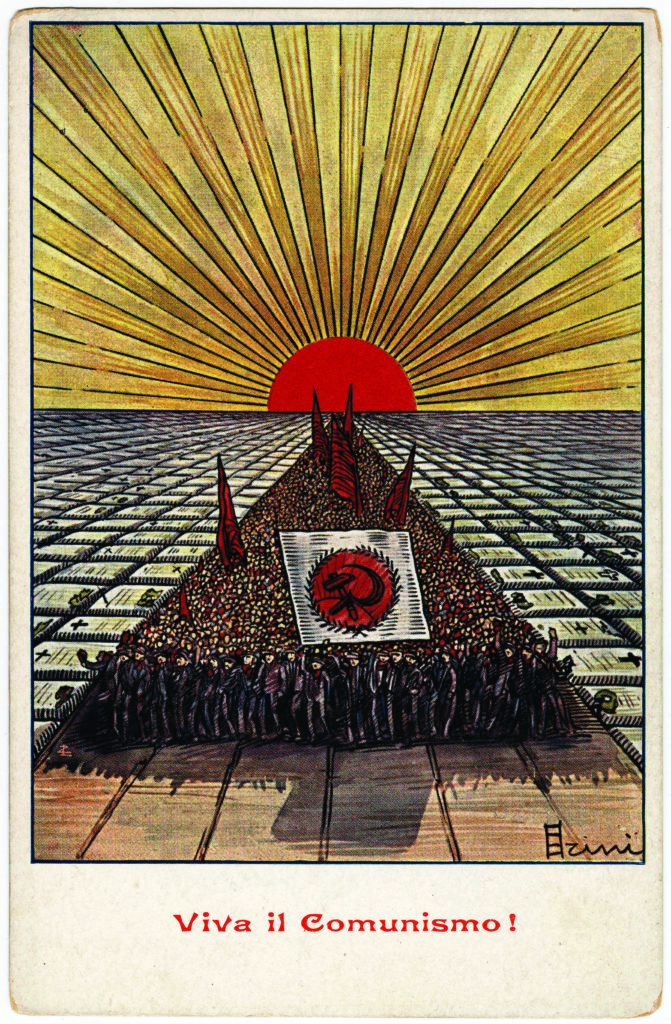 Long live Communism! by Giuseppe Scalarini, printed by Società Editrice Avanti!, Milan, 1919–1920. All objects illustrated are from the Leonard A. Lauder Postcard Archive, promised gift of Leonard A. Lauder; photographs courtesy of the Museum of Fine Arts, Boston.

Humble in size but widely accessible, postcards became powerful tools for spreading propaganda during the first half of the twentieth century, from the buildup to World War I to the end of World War II. Inexpensive to produce and easy to distribute, they proved to be an ideal medium to stir the masses, using bold graphics and persuasive language to vilify the opposition, encourage patriotism, or demonstrate leadership. On cardstock, “Loose Lips Might Sink Ships!” commands attention; bald eagles advance alongside fighter jets; the Communist army rises with the sun. These are only a few examples of the roughly 150 postcards, as well as several selected film clips and posters, on display this fall in The Art of Influence: Propaganda Postcards from the Era of World Wars at the Museum of Fine Arts, Boston.

Curated from the approximately one hundred thousand–piece Leonard A. Lauder Postcard Archive, the exhibition and the accompanying catalogue illustrate how the postcard developed into one of the most successful agents of propaganda. International scandals inspired caricature and pithy captions, and, soon, all of Europe began drafting slogans and sketching public figures. Carrying desperate and hopeful messages, these postcards flew across the world, at once belittling the opposition and unifying supporters. 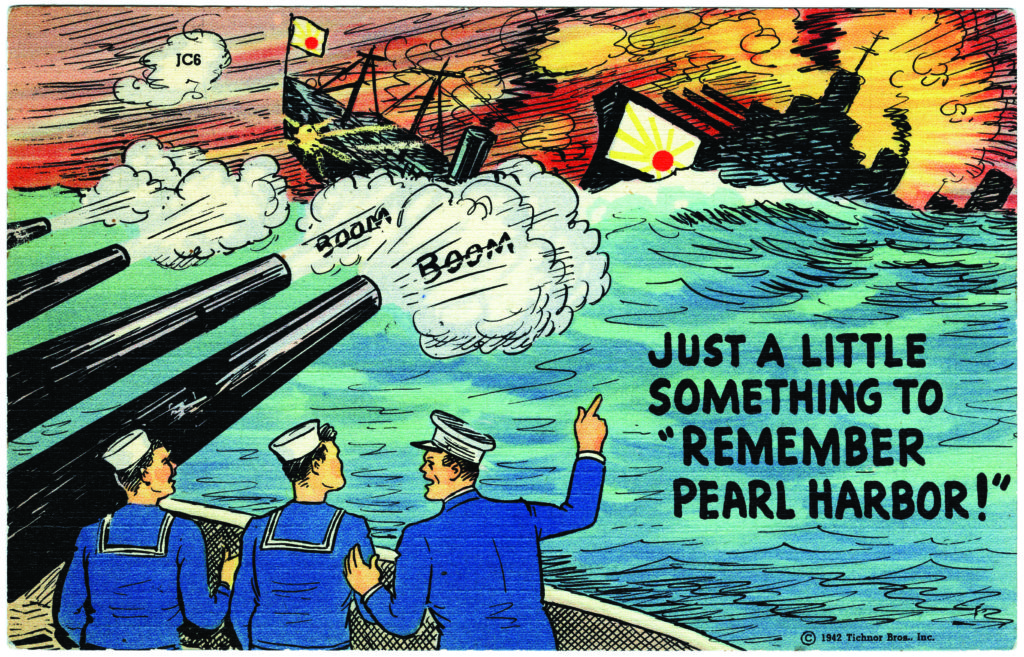 The most effective motifs were shared by all propaganda machines: soldiers as pillars of bravery, political leaders glorified as triumphant leaders. Women and children had to act, too, for any shot at victory, and were featured on postcards grinning and fearless, standing tall in front of flags or abstracted war scenes, removed but always involved. One of the more jarring postcards shows US sailors leisurely watching cannons decimate Japanese warships as their naval officer promises, “Just a Little Something to ‘Remember Pearl Harbor!’” 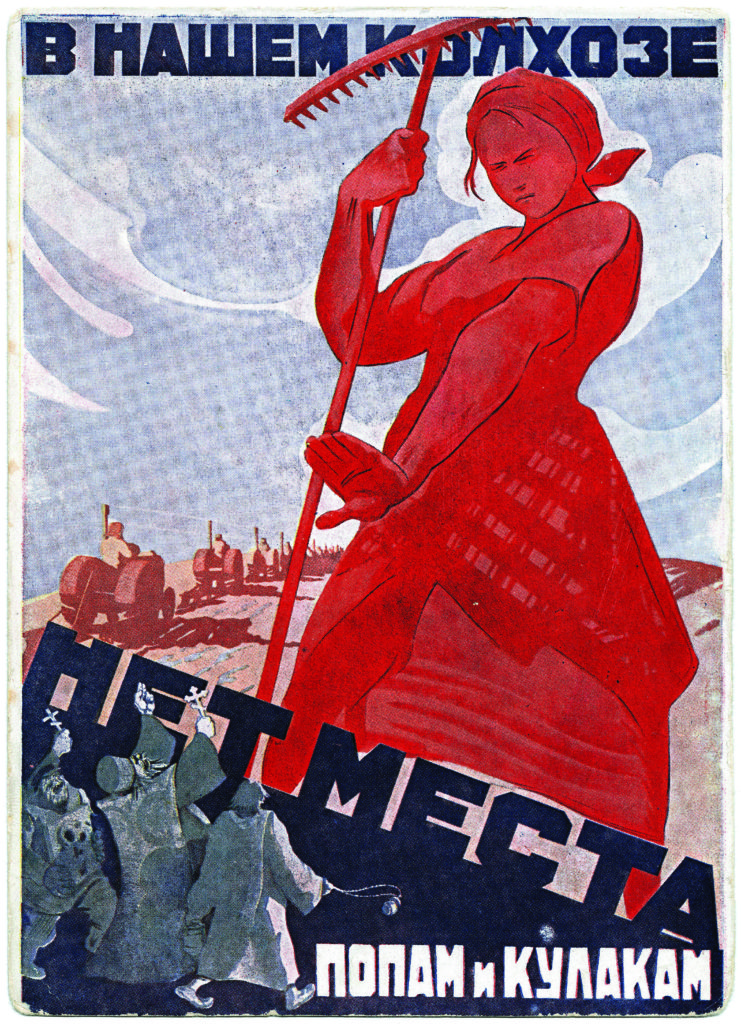 On our collective farm there is no place for popes and kulaks (wealthy farmers), based on a poster by Nikolai Mikhaylov, printed by Ivan Fyodorov’s State Printing House, and published by the State Publisher for Visual Arts, Russia, c. 1930.

While propaganda has taken new forms today, often reaching us through digital channels, the visual devices and messaging—from the bold colors to the biting language—use many of the same tactics as the postcards on view, making the exhibition all the more relevant, and timely.

The Art of Influence: Propaganda Postcards from the Era of World Wars • Museum of Fine Arts, Boston • to January 21, 2019 • mfa.org