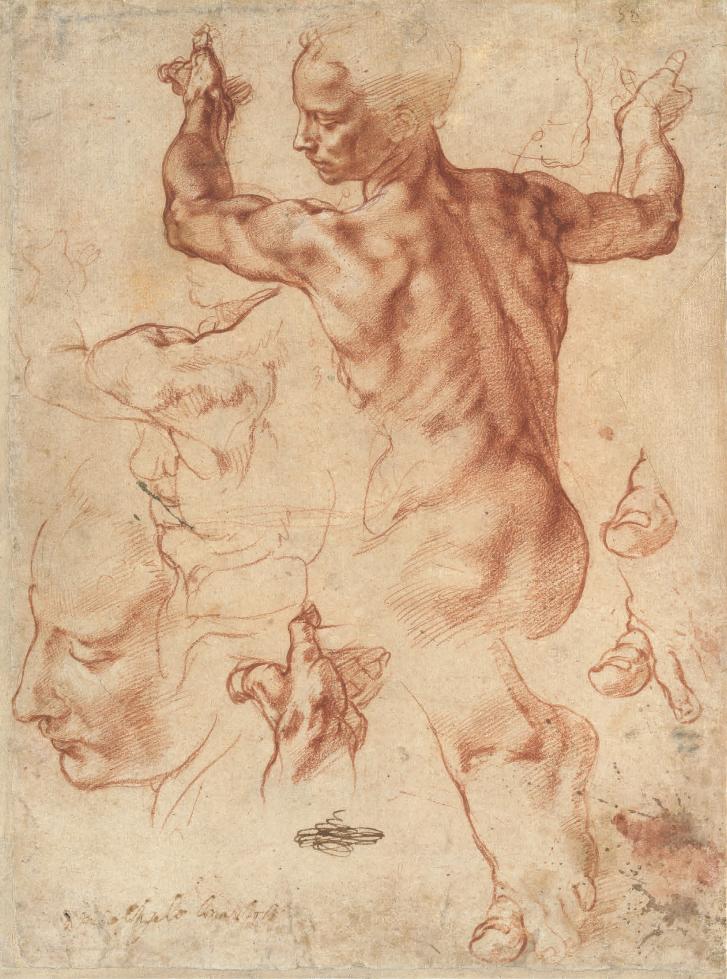 Michelangelo: Divine Draftsman and Designer is a far more ambitious production than its title would ever suggest. With more than two hundred drawings, paintings, sculptures, and architectural models—most by Michelangelo himself—it amounts to nothing less than a retrospective of his long and varied career. That is an astounding achievement, given that most of the master’s works are immovable, whether buildings, frescoes, or massive sculptures securely bolted down. Still, a careful study of this one show constitutes an education in itself, with many examples of works by such earlier artists as Domenico Ghirlandaio and Martin Schongauer, who influenced Michelangelo, and later artists such as Sebastiano del Piombo and Marcello Venusti, whom he influenced in turn. The only complaint that one can level against this triumph of curator Carmen C. Bambach is that it is to some degree a victim of its own success. A thing as fragile and elusive as a drawing rewards only tranquil and protracted attention, which is difficult to achieve amid the crush and onrush of visitors to this show.