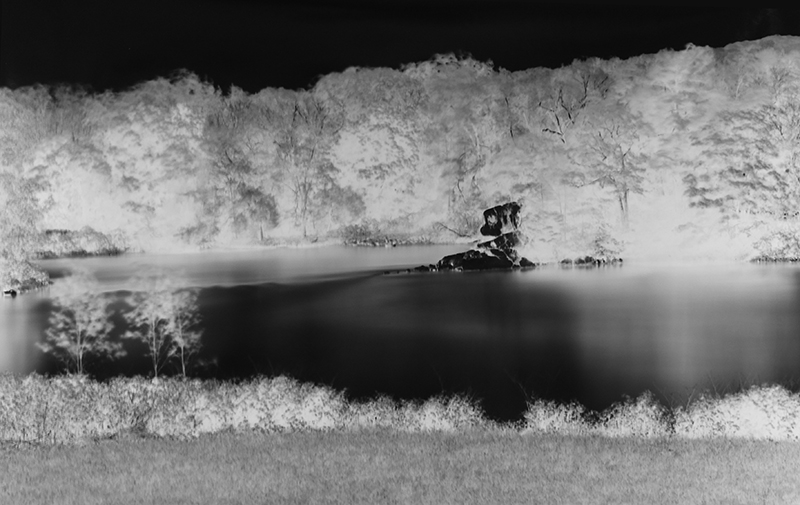 Thomas Cole used a small camera obscura to frame the landscape and define the composition of his paintings. Contemporary Chinese photographer Shi Guorui uses this ancient optical device to create monumental landscape panoramas. In 2014 destiny brought Guorui to Catskill, New York, where he was inspired by the Hudson valley light and landscapes that so inspired Cole. This fall you can see his results in SHI GUORUI: Ab/Sense-Pre/Sense, opening at the Thomas Cole National Historic Site on September 22. We spoke to Kate Menconeri, director of exhibitions and collections and curator at the site and curator of the exhibition.

Eleanor Gustafson/The Magazine ANTIQUES: How did the project come about?

Kate Menconeri: I had known about, and long admired, Shi Guorui’s epic photographs of Mount Everest, the Great Wall of China, the Donner Pass, and other sites, but it was not until last winter that I learned that he was working in Catskill, where he has set up a studio and darkroom, and was beginning a new series of work that would depict the iconic Catskill Mountains landscapes that Thomas Cole painted 190 years ago. How could we not present this work? In it, Guorui connects two landscape traditions that each redefined how a nation was seen and offers a chance to consider our relationship to the natural world today.

EG/TMA: Cole addressed issues of environmental destruction in many of his paintings; is that an aspect evident in the Catskill locales that Shi has photographed?

KM: I think one of the most interesting things about Cole’s landscapes is not only what has changed since he painted them, but what has not changed–what is it that endures? I’m thinking, for instance, about the mountain peak that never changes in the five Course of Empire canvases, where what lasts is the land itself. Guorui is inspired both by Cole’s paintings and by his writing, including his proto-environmentalist work, the Essay on American Scenery of 1836, and by the unique history of this landscape. He has written, “All the locations I photograph have one feature in common, a rich role in the lives of humans. . . . Time flies and things change. All the way through history natural scenery and constructions remain (barring earthquakes!) while relevant people disappear. . . . How can we recapture and reproduce historical thoughts, opinions, feelings or memories by means of photography?  And what new experiences and feelings can we come up with during the process of recapture and reproduction?”

EG/TMA: How many images did Guorui create for the project?

KM: Guorui is making all new works. There are at least seven giant panoramic gelatin silver pinhole prints, including views of iconic sites that Cole painted. He is also making a new pinhole photograph of the view of the mountains from Cole’s desk (for this he is turning the entire room into a camera!). For the project, Guouri has converted a twenty-foot box truck into a camera obscura and built large pinhole camera tents within the landscape to photograph sites that Cole painted, such as Catskill Creek, Kaaterskill Falls, North-South Lake, and Sunset Rock, as well as the Oxbow Marina in Massachusetts. Guouri remains inside the camera during the entire exposure, which may last hours or even days. The resulting unique gelatin silver prints can be up to fifteen feet wide and have a depth of field that the human eye could not otherwise register on its own. You have to see them
for yourself!