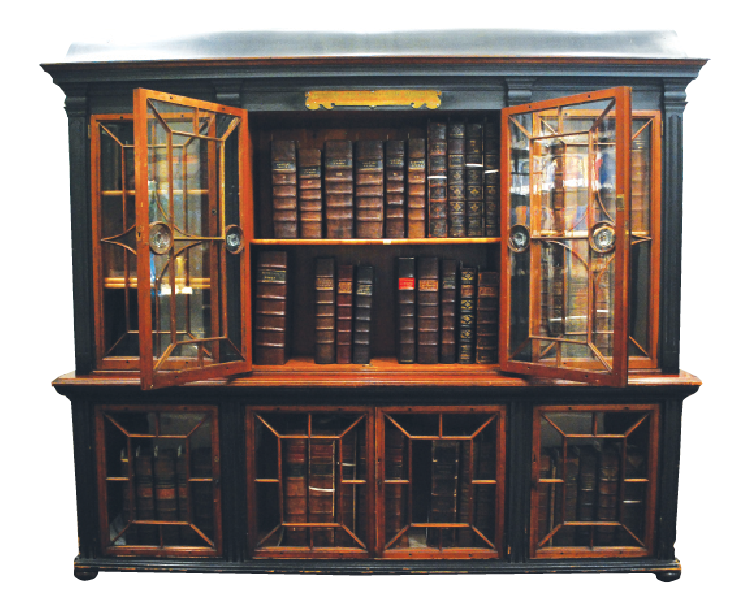 Everyone has played the game: if you were stranded on a desert island, what books (or music, movies, or companions) would you want with you? Reverend Thomas Bray of London faced a similar sort of question in 1696, when he was appointed commissary—or supervisor—to the Anglican parishes in the American colony of Maryland. Since usually only poor clergy would accept posts abroad, part of Bray’s mission was to provide each with a set of “necessary and useful” books. Bray’s biblioevangelizing expanded to include other colonies, and one group of 221 texts he chose was dispatched in 1698 to King’s Chapel, the first Anglican church in Boston.

Since 1823, the King’s Chapel collection has been housed at the Boston Athenæum, and the books will be on view in a special exhibition starting in September. The books include a nine-language Bible from 1657 known as the “London Polyglot,” as well as a 1693 atlas, a mathematics text, and a 1666 edition of Sir Walter Raleigh’s History of the World. The appeal of the collection “is not simply as a time capsule or as examples of the craft of bookbinding,” says John Buchtel, the Athenæum’s curator of rare books and head of special collections, “but also as a profound prompt, giving us the opportunity to imagine the readings we’d select as essential in our own lives.”