It is hard for us now to recapture the sense of miracles that surrounded the woodcut in the waning days of the fifteenth century. The idea that an image could be cheaply and infinitely replicated meant that henceforth, art, and even great art, formerly the exclusive domain of princes and wealthy merchants, might adorn the lives of common men. And with the introduction of color into these woodcuts, that miracle was compounded, comparable to the introduction of color photography in the late nineteenth century.

Something of that sense of wonder is promised in a new show at the Los Angeles County Museum of Art, The Chiaroscuro Woodcut in Renaissance Italy, a worthy subject that has not been honored with an exhibition in the United States. This show presents one hundred of these works, alongside related drawings and engravings and even some sculpture, drawn from the collections of nineteen museums.

What distinguishes the chiaroscuro woodcut from the older monochromatic ones is the fact that two or more blocks were used, each coated in ink of a different color. Although it appears that this method was invented around 1509 by either of the German masters Lucas Cranach the Elder or Hans Burgkmair, Giorgio Vasari claimed that it was first conceived by Ugo da Carpi around 1516. Other scholars theorize that the earliest use of this medium can be traced to Andrea Mantegna. Among the artists attracted to the medium were Titian, Raphael, and Parmigianino, as well as more obscure masters like Niccolò Vicentino and Domenico Beccafumi. 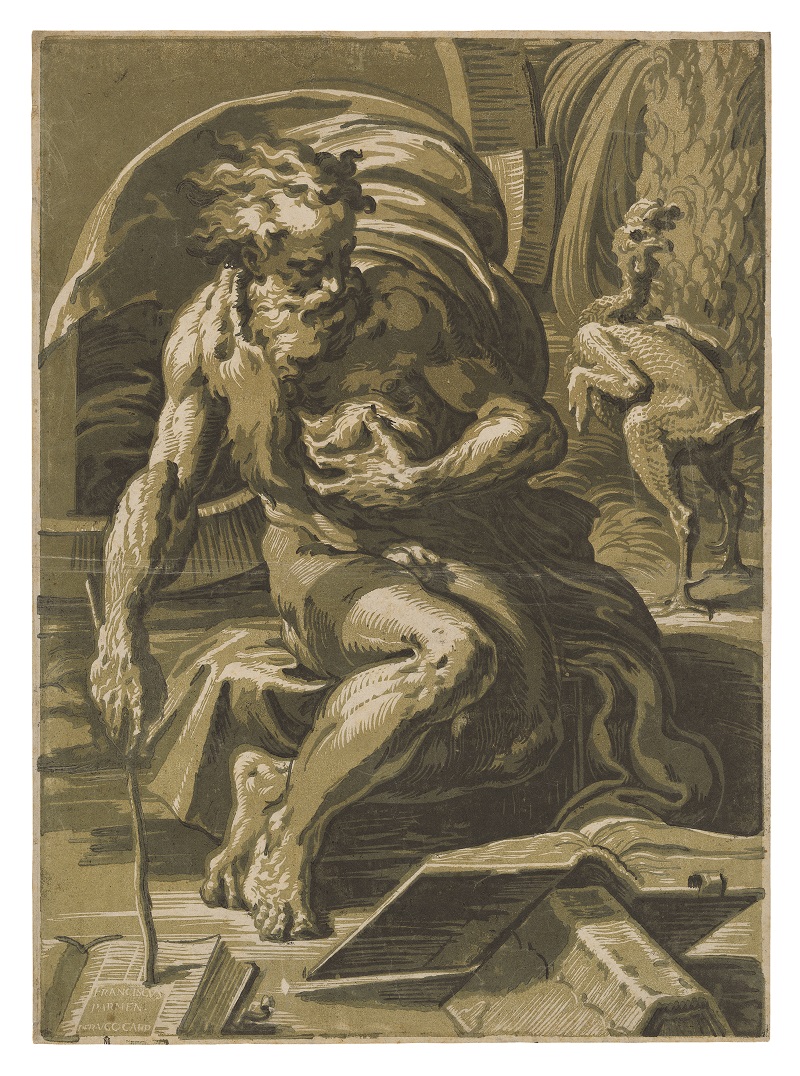 One has only to compare da Carpi’s image of Diogenes, based on a work by Parmigianino, for which four blocks were used, with Giovanni Jacopo Caraglio’s nearly contemporary engraving of the same image to understand the power of the new medium. If Caraglio’s effort looks sufficiently accurate but ultimately wan and dry, da Carpi’s image manages to capture something of the gliding curves and mannered swiftness that characterize the paintings of Parmigianino. This could not have been achieved without the introduction of broad washes of ink used in the chiaroscuro woodcut, which impart an almost painterly quality to the works.