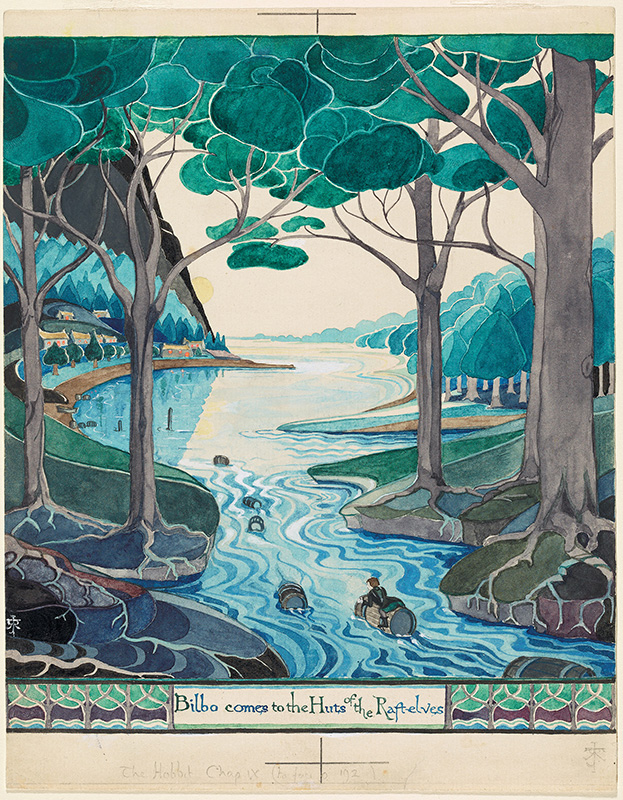 Bilbo comes to the Huts of the Raft-elves by Tolkien,1937. © The Tolkien Trust Limited 1937; photograph courtesy of the Morgan Library and Museum, New York.

Before writing The Hobbit and The Lord of the Rings, J. R. R. Tolkien had been hired by Oxford and Leeds Universities to teach philology, the study of languages. The attention he paid to words was at the heart of his creative process, which goes under the microscope this winter at the Morgan Library and Museum in Tolkien: Maker of Middle-Earth, the largest display of the author’s materials ever assembled in the United States.

Tolkien’s method of composition was unusual. Taking what he knew and liked about Finnish, Welsh, Old English, and other languages, he created new ones. Then, needing people to speak them, he started to invent a world. On view at the Morgan are examples of the diverse ways in which he fleshed this world out. He painted mountains, trees, and rivers in the bubblegum hues of undiluted watercolors, sketched trolls and dragons in pen-and-ink. Making use of the simple materials of a doodler or drawer—newspapers, menus, lecture notes, whatever was at hand—he scratched out Elvish blazons and runes as he did the crossword. He practiced calligraphy, and on loose leaves of yellowing paper in the present exhibition, the scripts of his constructed languages curl like the circumflected hybrid of Arabic and Thai. 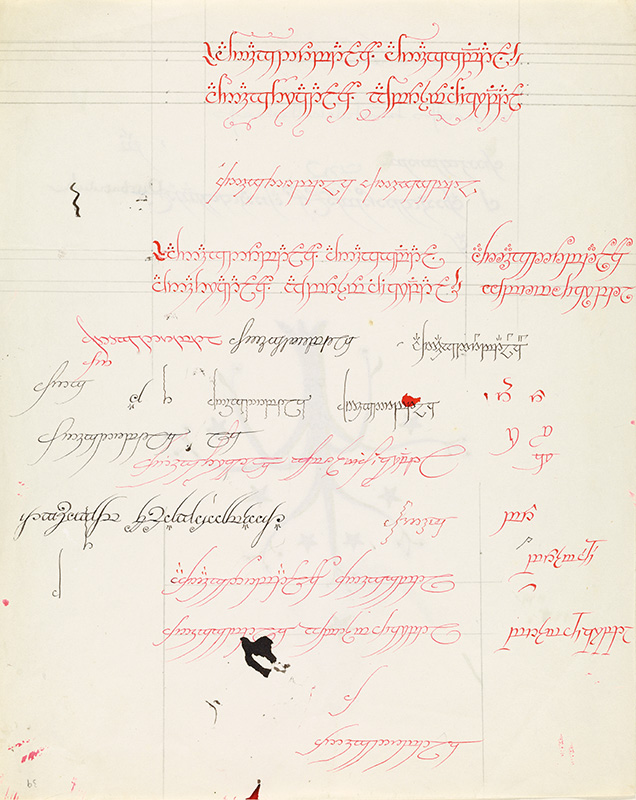 But the most interesting artistry is invisible. If you could translate his calligraphy (or have read Tolkien’s books), you’d discover strikingly euphonic made-up words like Luthien, Amon Ethir, Haladin, and Tol Sirion. There’s something remote and yet familiar about these places and personal names, the echo of an almost forgotten mother tongue. The echo of Indo-European, actually, carefully bottled by Tolkien and let loose in Middle-earth.

Tolkien: Maker of Middle-earth • Morgan Library and Museum, New York • to May 12 • themorgan.org