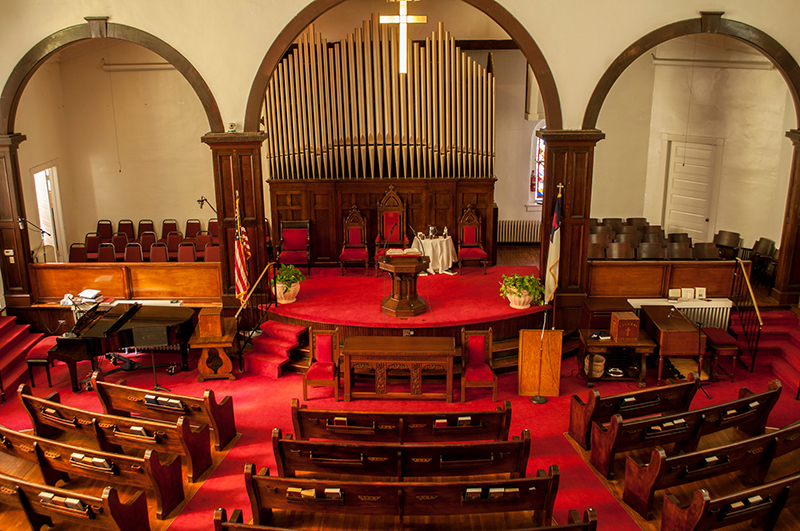 Interior of the First Baptist Church in Montgomery, Alabama. All photographs by Billy Brown, courtesy of the World Monuments Fund.

At about the midway point between Selma and Montgomery, in White Hall, Alabama, a one-story cottage—hardly more than a shack—squats on cinder blocks. Behind it, the scrubby terrain of Lowndes County opens up: undulating fields, wispy palisades of second-growth trees, mostly deciduous but enlivened here and there by the parakeet-green notes of longleaf pines. The air is close, but here, at the foot of the cottage’s slanting wooden porch, the atmosphere is pregnant—that is, if you know that this unprepossessing dwelling was a safe house for the local chapter of the Student Nonviolent Coordinating Committee during the darkest days of the battle to re-enfranchise blacks of the Deep South in the mid-sixties. 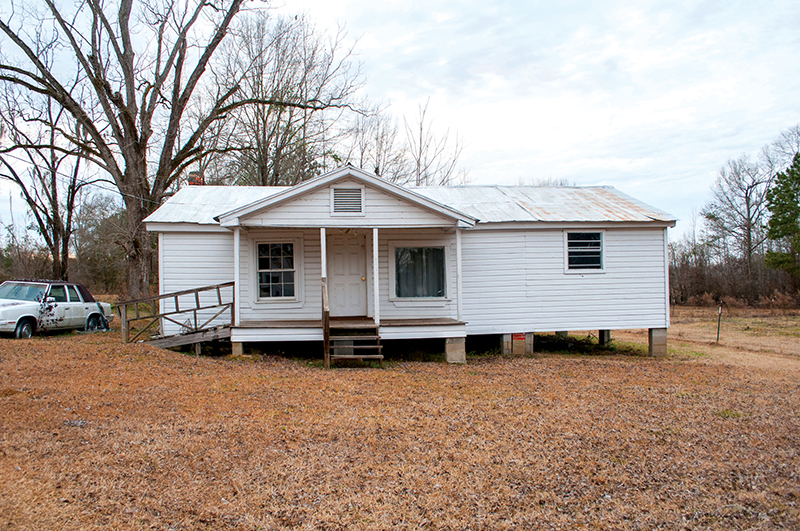 The house is now known as the Matthew and Emma Jackson SNCC Freedom Complex—one of twenty such outwardly unremarkable sites that the World Monuments Fund, the Birmingham Civil Rights Institute, and their allies in Selma, Montgomery, and across the Black Belt have banded together to protect under the rubric the “Alabama African-American Civil Rights Heritage Sites Consortium.” These are places that tell the story of how the civil rights movement took shape. Long before the violent encounters on Edmund Pettus Bridge and at the Anniston bus station, the seeds of dissent were sown in houses of worship like the First Baptist Church in Selma, founded almost twenty years before the Civil War, and at little-known Mt. Zion AME Zion Church in Montgomery, where Martin Luther King Jr. was elected to his first leadership position.

Both churches will now be maintained with the help of the consortium. “The key criteria for selection for each site,” says its project director Priscilla Hancock Cooper, “was a combination of documented history and a demonstrated commitment to preserving that historic legacy.” For the WMF, which included the consortium in the 2018 edition of World Monuments Watch (its annual listing of endangered locations)  dealing with an array of sites spread across three cities was entirely new. “We felt that the power of the message was in talking about the full breadth of the twenty sites,” says Lisa Ackerman, interim chief executive officer. Only together could they make the point that “the civil rights movement was not just the fifties and sixties, but was really a hundred-year-long struggle, and it began the day the Civil War ended.” 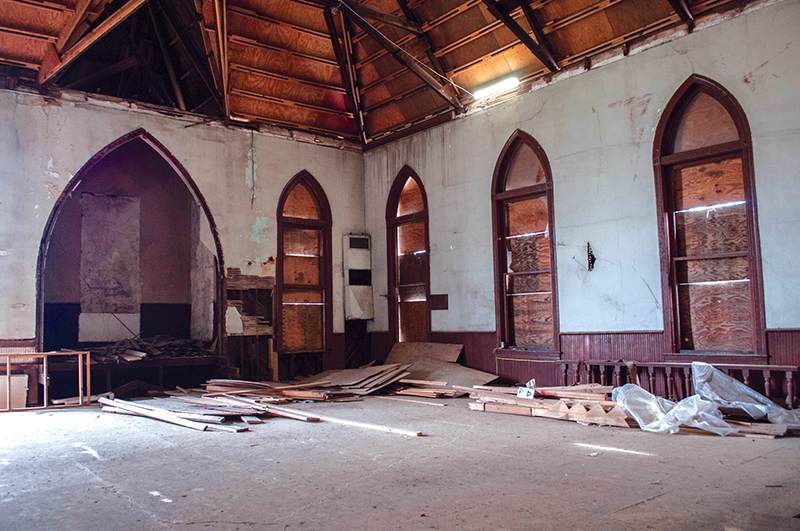 The consortium has helped raise funds for restoring and refurbishing the sites. An oral history of each will be posted on the WMF website this summer, and a lecture series will follow in the fall. Over the coming years, questions about how best to protect and honor these places will be raised. The consortium already represents a bold answer to one question: How do you memorialize a grassroots movement? You need to go to the seedbeds themselves; to the scattered, humble places that nurtured the germ of resistance until it burst into full flower.