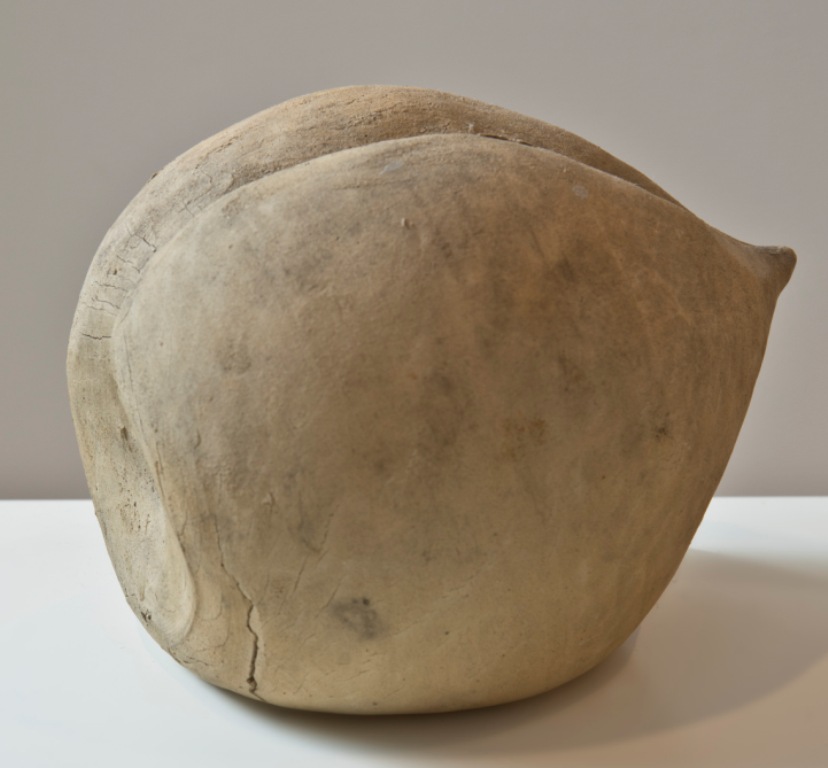 Crafted, bought, sold, and collected, folk art erotica, especially American folk erotica, has a lively presence in the world of art and antiques, as virtually any dealer will attest. (“The easiest things to sell are good erotica and good political materials. They leave the door the quickest,” Brooklyn-based dealer Steven S. Powers observes.) What this material does not have is a public presence in museums, exhibitions, books (with Folk Erotica, Milton Simpson’s catalogue, being a shining exception), or magazines like this one. Nor has it received the kind of cultural analysis that allows us to see how it fits in the folk art field, where it has become something of a missing link, enjoyed but not examined. This neglect leaves us with an impoverished sense of American material culture, not to mention a limited idea of the diversity of sexual expression.

How American are the objects in this collection? At the very least we can say that a number of them remind us that many Americans have seen sex as funny, joyful, strange, and titillating. Beyond that we can say that many of them bring together materials and ideas that reflect American culture. One carving featured here (Fig. 2) came from a Maine logging camp. Its combination of carved books and a naked woman suggests an appreciation for ideas often kept apart. George Ohr’s ceramic (Fig. 1) made to look like a breast, buttocks, or a fine Southern peach when placed on its side celebrates the female form at the same time that it makes a sly visual pun. These two very different sorts of objects made of different mediums from different regions both exhibit a certain ebullience about matters of sex.

Are any of these objects disturbing? Most of the works in this collection are first and foremost personal expressions. According to Carl Hammer of the Carl Hammer Gallery in Chicago, “folk objects are about personal fantasy, made without the expectation of the public viewing them.” As a result, they are mediations between the artist and the self about sexuality. Patrick Bell of Olde Hope Antiques of New Hope, Pennsylvania, speculates that the inability to talk publicly about sex might have in and of itself contributed to the creation of many of them. “People knew about sex but good society didn’t go there, so it found its expression in a provisional way as folk art.” Though objects in the collection may disturb some people, they were not created for provocation. Dealers who work regularly with materials like the ones in this collection often remark upon their essential innocence.

What about the artistry? Let us look at the two wood carvings by Collins Eisenhauer that depict an embracing couple and come from a larger series (Fig. 6). Frank Maresca of the Ricco Maresca Gallery in New York City appreciates these figures for the “geometric simplicity of their gestures, their economy of materials, and the fact that there is nothing extraneous in them.” They are as distilled as a Calder work he says. “But in other hands they would have been kitsch or pornographic.”

In the carving on the left, the woman levers herself above the man. Her posture is defined by the angling of her arms and legs and the pointing of her toes while her companion seems rigid by comparison, though the seriousness of his expression is belied by the flexing of his feet. The sculpture’s angularity radiates a sense of pleasure and the artist’s rendering of the feet takes the focus off the sexual act itself and displaces it onto the figures’ apparent feelings about what they are doing.

The other carving is more challenging. Here the focus is more directly on sex and the man’s grimace is matched by the pawlike carving of the woman’s hands. Without the charm of the “happy feet,” sex here is a much more basic transaction. The two pieces indicate a range of expression about sexuality. Sex is not one thing, even according to the same artist, but many. Folk art of this kind is uniquely situated to bring that point home.

Three pieces featured here epitomize the charm that erotic objects can display. One sculpture from the interwar years features a line of women leaning over, skirts up, displaying their naked buttocks (Fig. 13). They wear matching stockings and voluminous dresses. The heft of their bodies suggests a secure middle age, and their low heeled boots speak of a time when matrons wore respectable shoes. The tilt to their heads suggests that they are chatting to each other as they might were they standing in line at the grocer’s or the butcher’s. Despite their uniform pose, the shape of their buttocks is unique to each of them; the respectable matching clothes set against the individualized buttocks gives the piece its easy humor.

The second piece, another sculpture, features a man and woman who strut along a central axis (Fig. 14). The artist gave them matching strides, though this symmetry is offset by the subtle variations in their curves that separate male from female. These differences are further exaggerated through the carving of his penis and her breasts. The coloration may also suggest that this piece mediates race as well as sex. Together the happy pair, strutting their stuff in synchronicity, cross the color line.

The third piece is a French music box with a handle that plays a Christian hymn (Fig. 9); it was probably brought to sideshows where small gatherings could appreciate the activities of the couple in its miniature world as well as its subversive pun on a revered gospel song. From the two cherubic figures painted above the door who look toward the room to the golden curtain that frames the scene, the box organizes our gaze on the couple’s coupling and makes us all voyeurs. When wound up the figures move to the sounds of “Amazing Grace” in celebration of the figure of Grace, the woman on the bed. Sex with Grace as amazing serves up enough wit to lift us above commercial pornography on the one hand and anemic platitudes about love on the other. Not an American piece, the spirit of the music box, like all of the erotica in this collection, sits comfortably within this joyous collection.

The environment for discussing the kinds of questions raised here and for showing this kind of material is less hospitable now than it was decades ago. Frank Maresca points out that eroticism was much more acceptable and publicly visible in the 1920s and 1930s than it is today. Today, sex is both a battleground for political debate and an area for commercial exploitation. Sex appears on cable and network television, sells products, and saturates public life. At the same time political debates about sexuality permeate public discourse. What has been lost is an understanding of the way that people have understood sexuality on their own terms and in their own idiom. Although these objects may be difficult to celebrate and display and even to address here, they are crucial to understanding how people perceived sexuality–for themselves and in their own vernacular.

LISA Z. SIGEL is a historian who has written widely on the history of censorship and erotica. She is the author of Governing Pleasures: Pornography and Social Change in England, 1815-1914 (Rutgers University Press), among other books and articles.