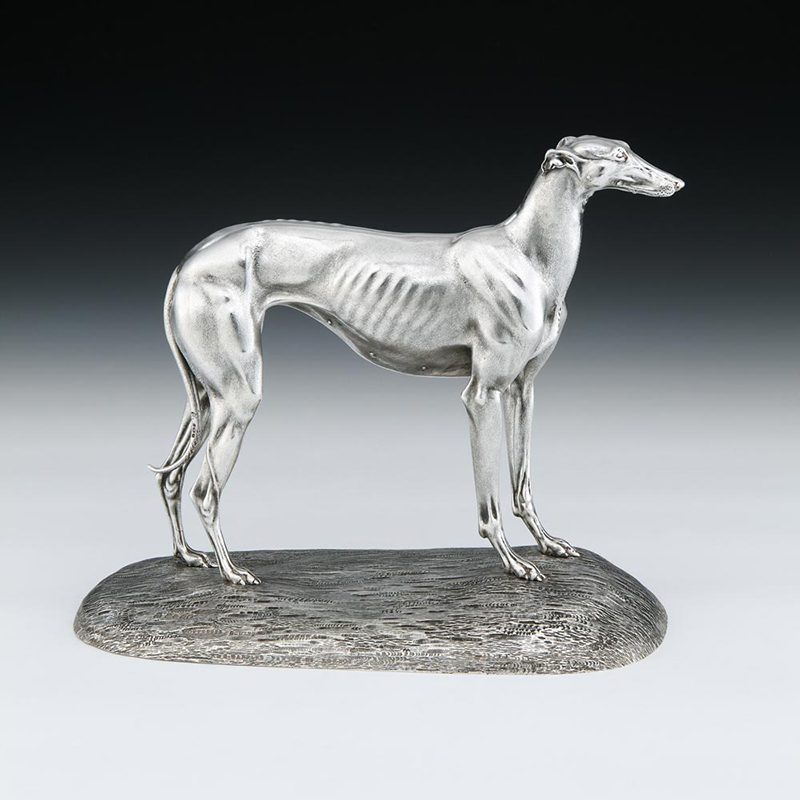 Ever-innovative, the folks at the New York silver gallery S. J. Shrubsole have responded to the challenge of the coronavirus much like the Florentines in Giovanni Boccaccio’s fourteenth-century masterpiece The Decameron did to the Black Plague: by telling stories.

Via a daily newsletter, the firm’s principal and staff—Tim Martin, Jim McConnaughy, and Ben Miller—and an occasional guest are swapping tales of life in the antiques trade. They are calling the project the “Terzameron,” and thirty stories are planned. The wit and ambitiousness of such an undertaking alone would make it notable, but it’s the downright literary quality of the follow-through that impresses us. Take this entry from Tim:

When I was a senior in college my mother took me to lunch and asked me “what are you going to do for a living?” Shocked by the question, and more by its cold and unmaternal implications, I answered, from the safety of my mind, “What, mother, would you have me do for this “living” to which you refer? Shall I strangle the burgeoning life of my soul? Grunt and sweat under a weary life? Be bleared with trade, and smeared with toil? Get, spend, and lay waste my powers?” What I said was more like “um, I don’t know, I was going to do some travelling, I guess.” But my mom was in it to win it: “Not on my money you’re not,” she said, ” I paid for your school. I paid for your college. You’ve traveled plenty, and I have done my part. You need to work. Consider yourself independent, as of graduation.” I took the bus back to school, cursing my fate. . . . I decided to take my troubles to my adviser—the kind they appoint for you in college to help you figure out what classes to take. My adviser was (and is) impossibly elegant, and learned, and cultured. He had (and has) a nice apartment and a beautiful wife. I don’t mind saying I wanted to be just like him. He asked me about my options. I told him I’d always figured I would be a professor or a journalist—a professor because his life looked so rosy, or a journalist because that was what my dad and grandfather had been. He told me, gently, that “knowing me as he did” I probably wouldn’t get the hot jobs in academics, and that, as for journalism, the times they were a-changin’… Didn’t I have any other options? And so, with some reluctance because it sounded so…trivial…I told him my stepfather had an antique shop and wanted me to work there.

In a tentative tone, he said, “Well, that could be interesting, where is it?”

And I said “Shrubsole.”

In a cinematic way that made me wonder, later on, if he and my stepfather had been in cahoots, he leaned forward, shot his cuff, and said: “Oh. I love Shrubsole. I bought these cufflinks at Shrubsole.” And as I sat in stunned silence he spoke the words that have rung in my mind ever since. “Look, Shrubsole could be a really interesting business, and, to be clear: if you told me your stepfather had a Jennifer Convertibles store, I’d tell you to get your Ph.D.”

As Dickens put it: “Pause you who read this, and think for a moment of the long chain of iron or gold, of thorns or flowers, that would never have bound you, but for the formation of the first link on one memorable day.”

Sign up to receive the newsletter on S. J. Shrubsole’s website, and catch up on the sixteen stories that have already been told.