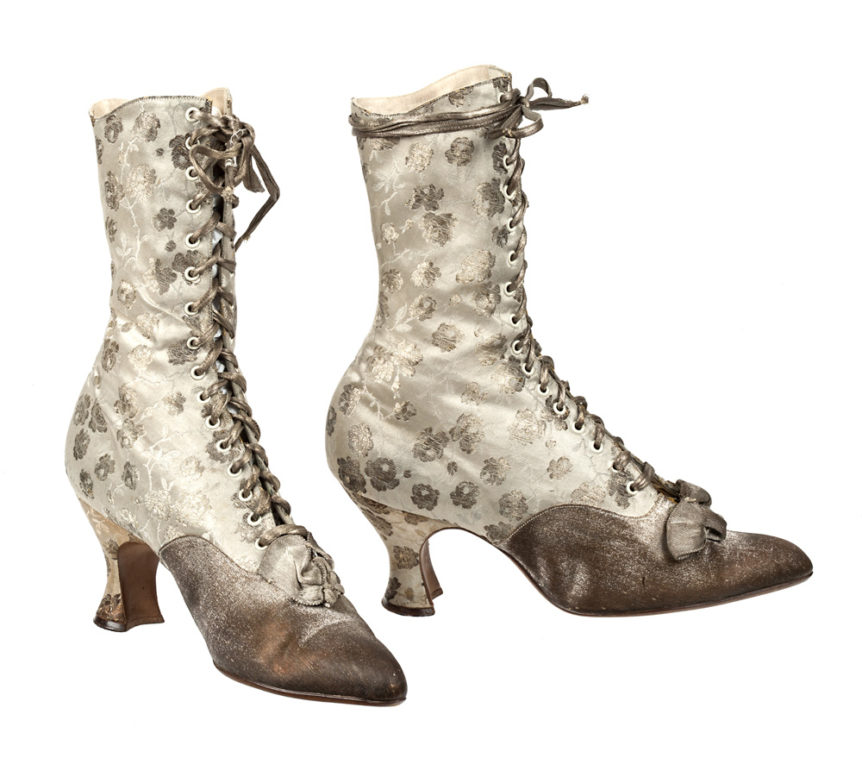 Fashionable and functional, objects of desire and of necessity, women’s shoes in every shape and form—from the lace-up boot to the T-strap pump—are the subject of the New-York Historical Society’s new exhibition Walk This Way: Footwear from the Stuart Weitzman Collection of Historic Shoes. Sharing its title with that of a 1975 rock hit by Aerosmith, the show demonstrates that shoes serve not only a practical purpose but, like the song, are also cultural artifacts, symbolizing the zeitgeist of a particular time—charting everything from politics to changing social norms. 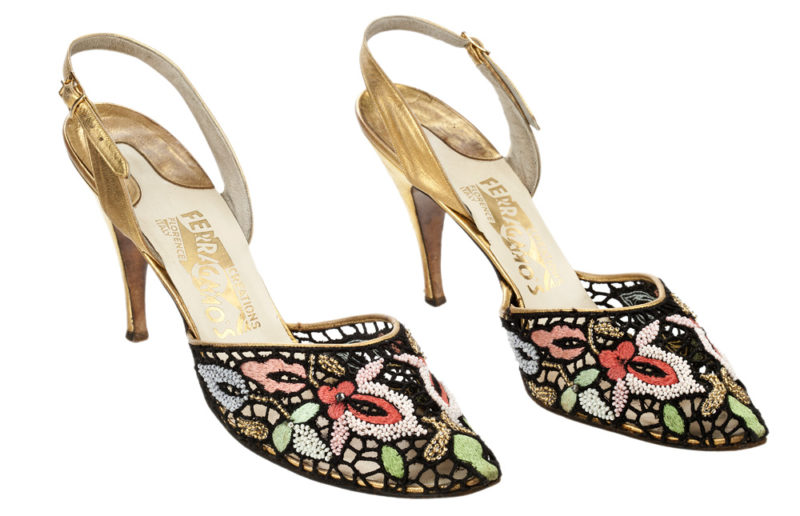 Madonna sandals designed by Salvatore Ferragamo for actress Sophia Loren, c. 1954–1955. All shoes illustrated are in the Stuart Weitzman Collection; photographs by Glenn Castellano, courtesy of the New-York Historical Society.

Plenty of glitz and glamor—as well as history—will be on view in the more than 130 pairs of shoes dating back to the mid-nineteenth century gathered by the footwear designer and his wife, Jane Gershon Weitzman. (He made headlines for the diamond-encrusted million-dollar-plus shoes he designed for actress Laura Harring to wear at the Academy Awards ceremony in 2002.) Craftsmanship meets luxury in Salvatore Ferragamo’s circa 1954–1955 Madonna sandals for actress Sophia Loren, made of leather, Tavarnelle needlepoint lace, embroidery, and beads; the designer garnered fame earlier in his career for custom shoes for other Hollywood stars—including Marilyn Monroe and Marlene Dietrich—as well as for the Duchess of Windsor. 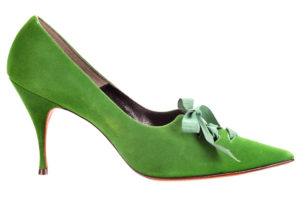 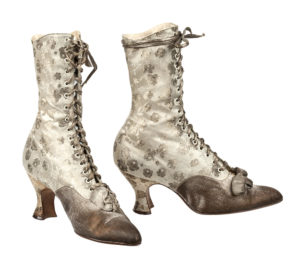 Beyond eye-catching footwear, the show looks at changing modes of production, consumption, class, the women’s rights movement, pop culture, and more—all told through the story of the shoe. When suffragists took to the streets to campaign for the right to vote, many donned sturdy yet stylish black leather and white felt high-buttoned boots, such as the circa 1920 pair in the exhibition. Starting in the early twentieth century, department stores became places of leisure for well-heeled women, where they could shop for shoes like the peep-toe mule or red velvet pump also on view. And by the 1930s, stores like Saks Fifth Avenue and Lord and Taylor created job opportunities for working women in sales and buying, and in a few instances, in executive roles. Weitzman, who joined his father’s shoe business in the 1960s and has been designing women’s footwear ever since, knows a thing or two about the shoe—from the details of handiwork to the complexities of the industry to its historic value. As he writes in the exhibition catalogue, the shoe can “tell an almost infinite number of stories.”