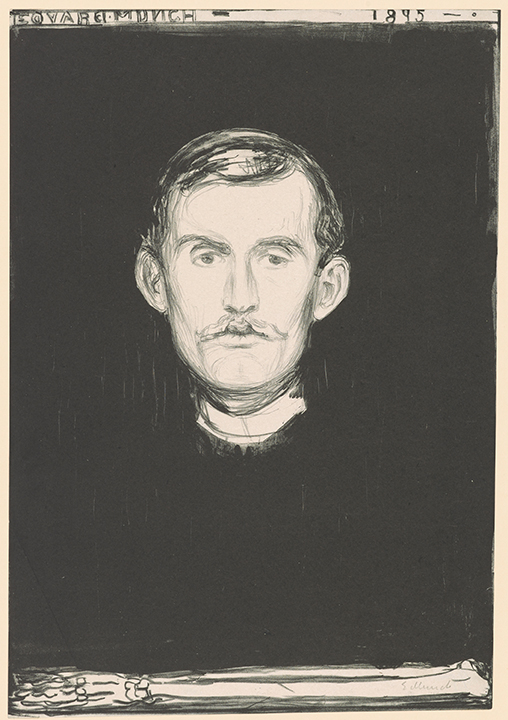 Asked to name two artists least likely to be paired in a museum exhibition, you could do worse than to suggest Edvard Munch and Jasper Johns. The former is the father of expressionism, maker of The Scream and other paintings filled with anxiety and existential dread; the latter is best known for his cool and detached depictions of commonplace objects such as flags and targets—works that laid the foundation for pop art and other contemporary art movements. But a new show at the Virginia Museum of Fine Arts reveals unexpected links between the two artists, the most suggestive of which is a piece of bedding. The pattern of a coverlet in Munch’s late-life Self-Portrait Between the Clock and the Bed is nearly identical to a crosshatched motif that Johns used almost obsessively in his paintings of the mid 1970s to early 1980s. While the famously reticent Johns will not discuss his influences, exhibition curator John Ravenal—formerly with the VMFA, now head of the deCordova Sculpture Park and Museum near Boston—discloses deep sympathies between the painters’ explorations of sex, mortality, and other themes. At the very least, this show offers a rare opportunity to see a range of work by two of the most significant artists of the past hundred years.