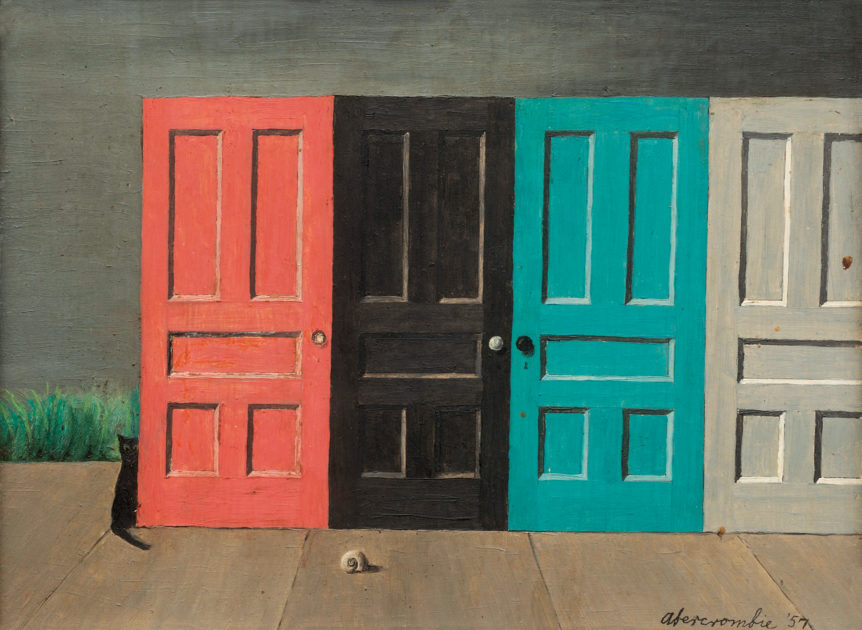 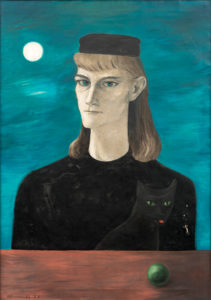 All hail the queen. About forty works of art—mostly paintings—by the self-anointed “Queen of Chicago,” are on view in Gertrude Abercrombie: Portrait of the Artist as a Landscape, a show that originated at the Elmhurst Art Museum and will be presented at the Illinois State Museum this spring. Abercrombie was the hostess with the mostest on the South Side during the middle decades of the twentieth century, the Second City’s answer to Paris’s Gertrude Stein. The weekly soirées and parties held in her Hyde Park apartment attracted a lively bunch of bohemians, including jazz musicians Charlie Parker, Sarah Vaughan, and Dizzy Gillespie, artists Karl Priebe and Dudley Huppler, and writer James Purdy—“everyone who was important,” as Abercrombie put it. 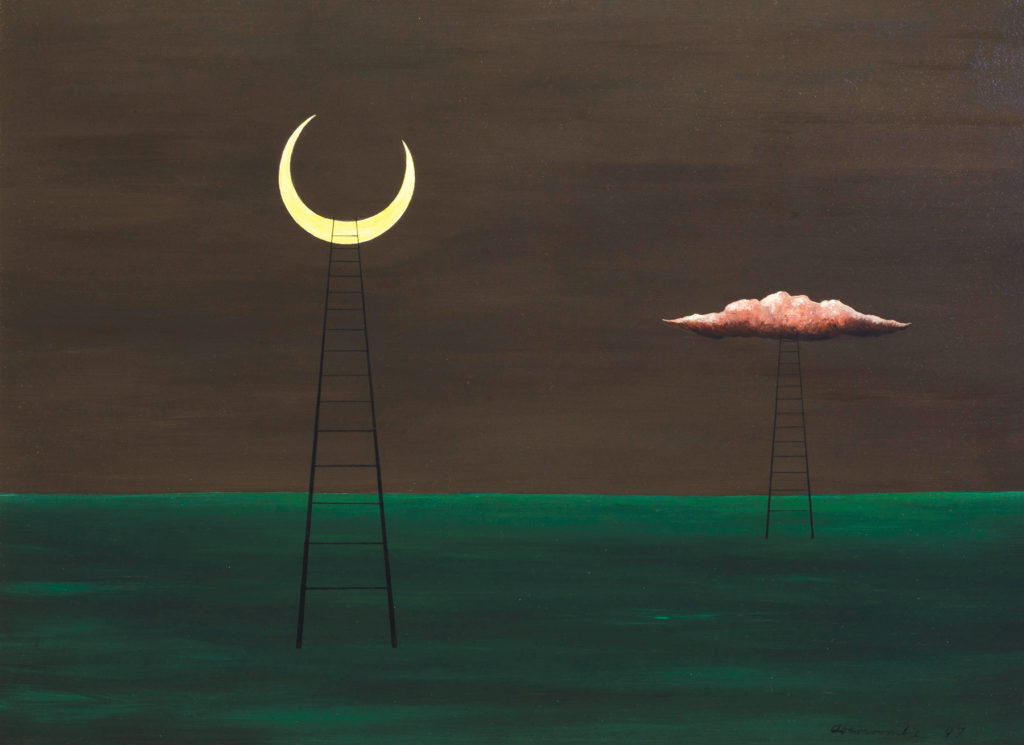 She began to paint in the early 1930s, at one time working for the Works Progress Administration’s Illinois Art Project. Her paintings, which recall those of René Magritte (though she claimed not to have seen his work until around mid-century, she admitted he was her “spiritual daddy”), incorporate a rich, surreal personal symbology: tables set with keys, jacks, balls, compotes, and shells; spotlessly clean, claustrophobia-inducing interiors and sidewalks lined with rows of closed doors; lone, moonlit figures traversing barren prairies accompanied by a few tufty, Dr. Seuss–style trees and maybe a cat. Abercrombie’s language of symbols invites deciphering, and the artist invites psychoanalysis. As she said, “It is always myself that I paint.” 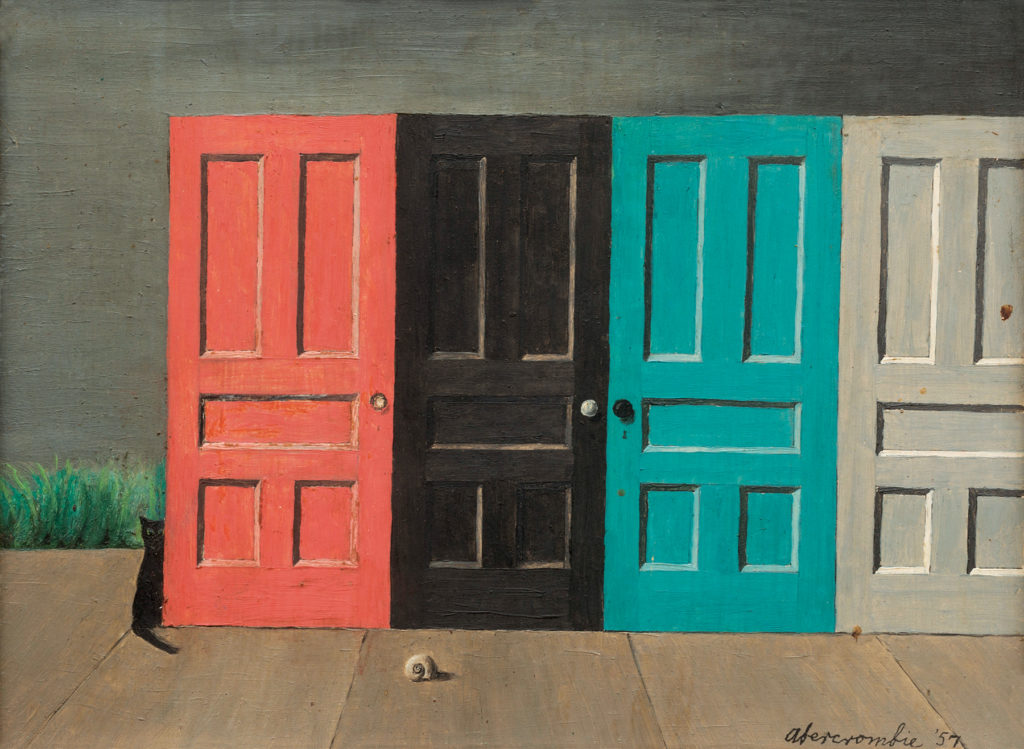 She claimed to get most of her inspiration from dreams, and the dreamer certainly had her demons. According to her daughter, Abercrombie was troubled all her life by the cold relationship with her stern parents who were—and this is no joke—itinerant Christian Scientist opera singers (her mother was a prima donna who’d turned fanatical after a scare with a goiter), and her own perceived homeliness. “I’m a witch,” she told Studs Terkel in an interview recorded shortly before her death, “I’ve been called a witch many times,” and the motifs of cats, owls, and nocturnal wanderings seem to underline that self-image.