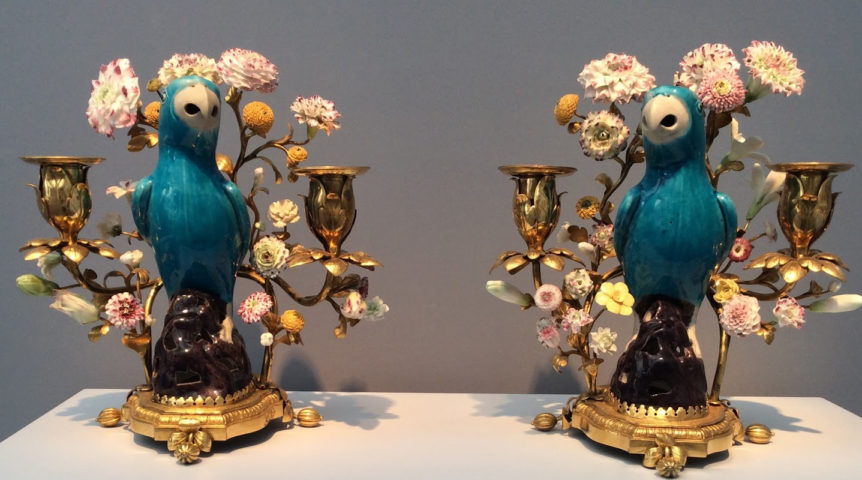 There was an air of confident renewal at this year’s Biennale des Antiquaires, the grand and sophisticated Paris showcase for art, antiques, jewelry, and antiquities which, despite its name, will become an annual event next year under a new name to be announced in October.

A dramatic wood figure from Yimam, circa 1650, at the booth of Galerie Meyer. Photo by Marisa Bartolucci.

This was the first time in a number of years that the big jewelry houses weren’t present. In recent editions, the size of their booths had grown so large and lavish that they eclipsed the displays of the antiquaires. While haute joailleries was still on show, this time represented by smaller, younger, far more edgy, but just as luxe houses, the accent was back on the art, antiques, and antiquities, with more Old Masters paintings and drawings displayed than ever before, now that Paris Tableau, a fair specializing in that category merged with this edition of the Biennale. The result was a fair of uncommon splendor and refinement. Dealers worked very hard to present dramatic booths to showcase their wares and demonstrate in many instances just how “modern” their period creations could be. The show is in full swing through September 18th.