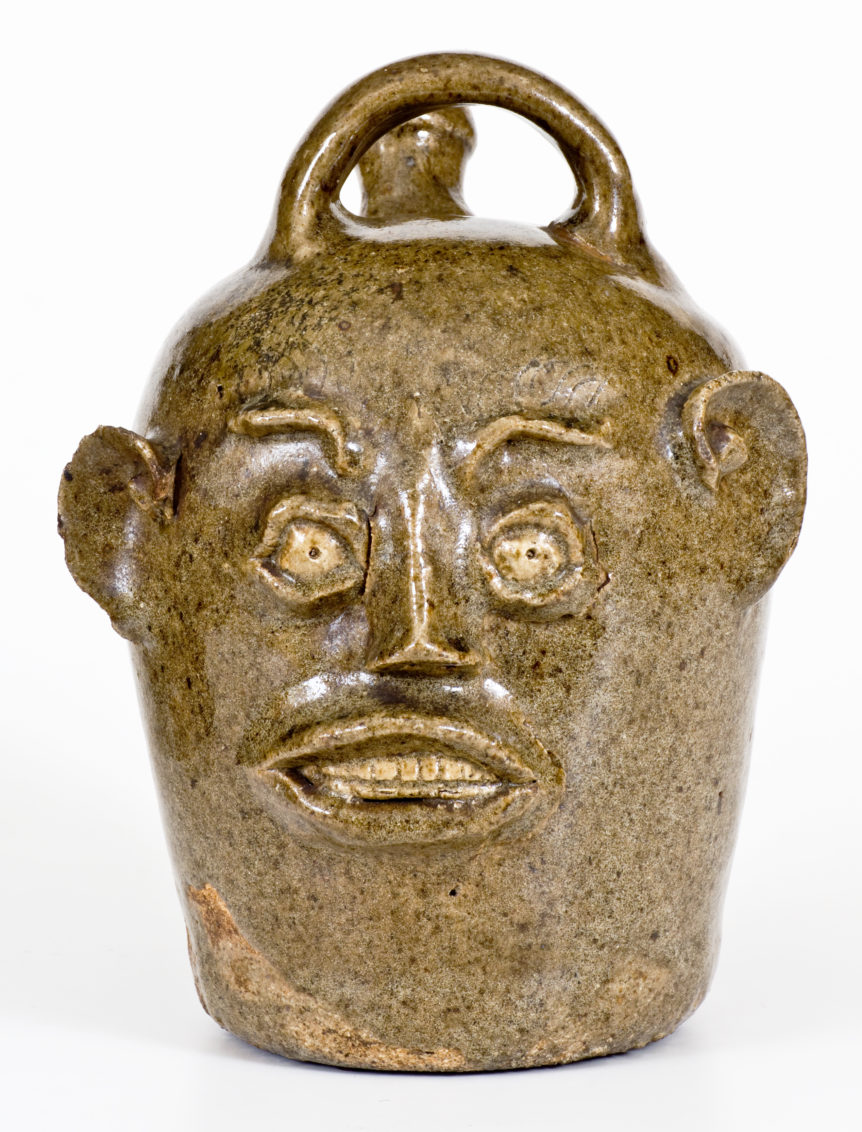 Face jugs crafted in the mid-nineteenth century by slaves and freedmen working in the Edgefield District of South Carolina are among the rarest and most historically significant of American folk art ceramics. The Metropolitan Museum of Art in New York recently acquired a superb one. 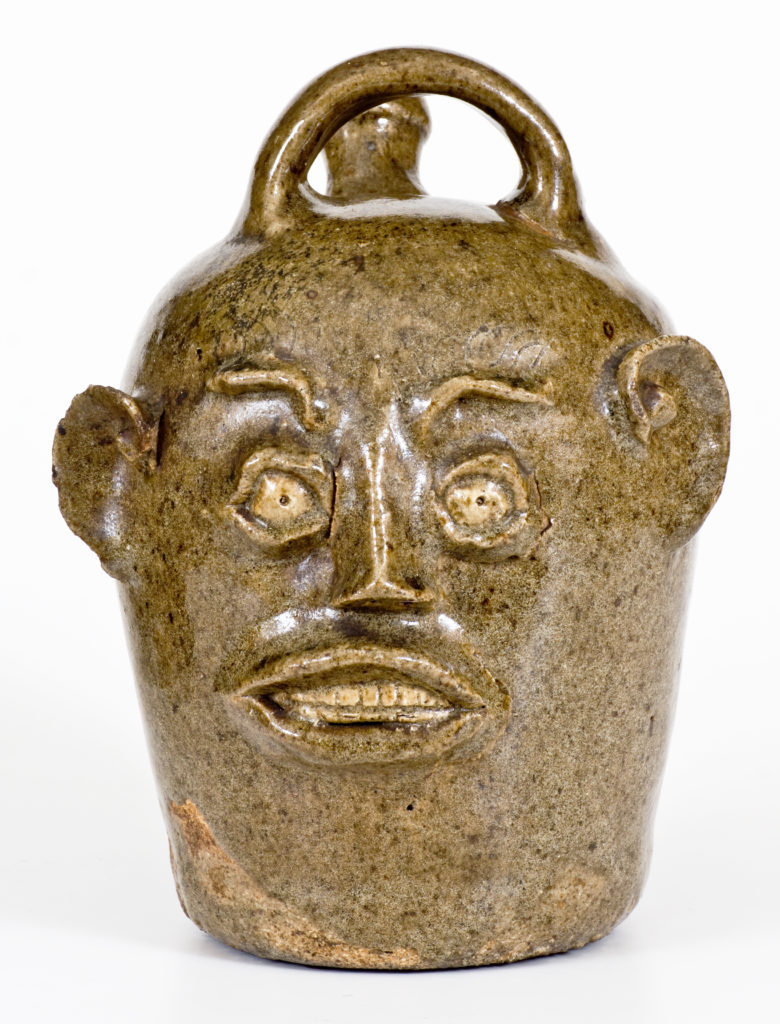 The alkaline-glazed Edgefield harvest jug of about 1845–1855 was purchased this summer from the Crocker Farm auction house in Maryland for the hammer price of $85,000, plus an 18 percent buyer’s premium. It is just the second Edgefield vessel to enter the Met’s collection, and a somewhat finer example. The other—a piece by John Lewis Miles Pottery of about 1860–1870, acquired in 1922—is missing its lips. The new jug is exceptional in other ways, according to Adrienne Spinozzi, assistant research curator in the museum’s American Wing. It’s larger, at more than ten inches in height, than most Edgefield jugs of the period, and its construction—with its horizontal handle, angled spout, delicate and symmetrical facial features, and mottled green alkaline glaze—distinguishes it from other works of its kind.

The vessel has another striking historic and cultural association. A very similar face jug, holding a large sunflower, features in an infamous 1882 stereoscopic photograph by the Aiken, South Carolina, photographer J. A. Palmer entitled An Aesthetic Darkey, which depicts a contemplative African-American youth. The “problematic and compelling” photo—a copy of which was included in the auction sale—Spinozzi explains, is a “satirical image inspired by a famous period cartoon of Oscar Wilde admiring a lily and sunflower”— two emblems of the aesthetic movement. She adds that the jug in the photo is so similar to the newly acquired piece that it was “likely made by the same hand as ours.”

An Aesthetic Darkey from “Aiken and Vicinity” by J. A. Palmer, Aiken, South Carolina, 1882. Courtesy of Crocker Farm.

Visitors to the Met will be unable to appreciate the photograph’s racist wit in context with the jug. The ceramic piece will be displayed in the American Wing’s Charles Engelhard Court, a space that receives more natural light than the delicate antique image could survive. It will be exhibited elsewhere, if it is exhibited at all.